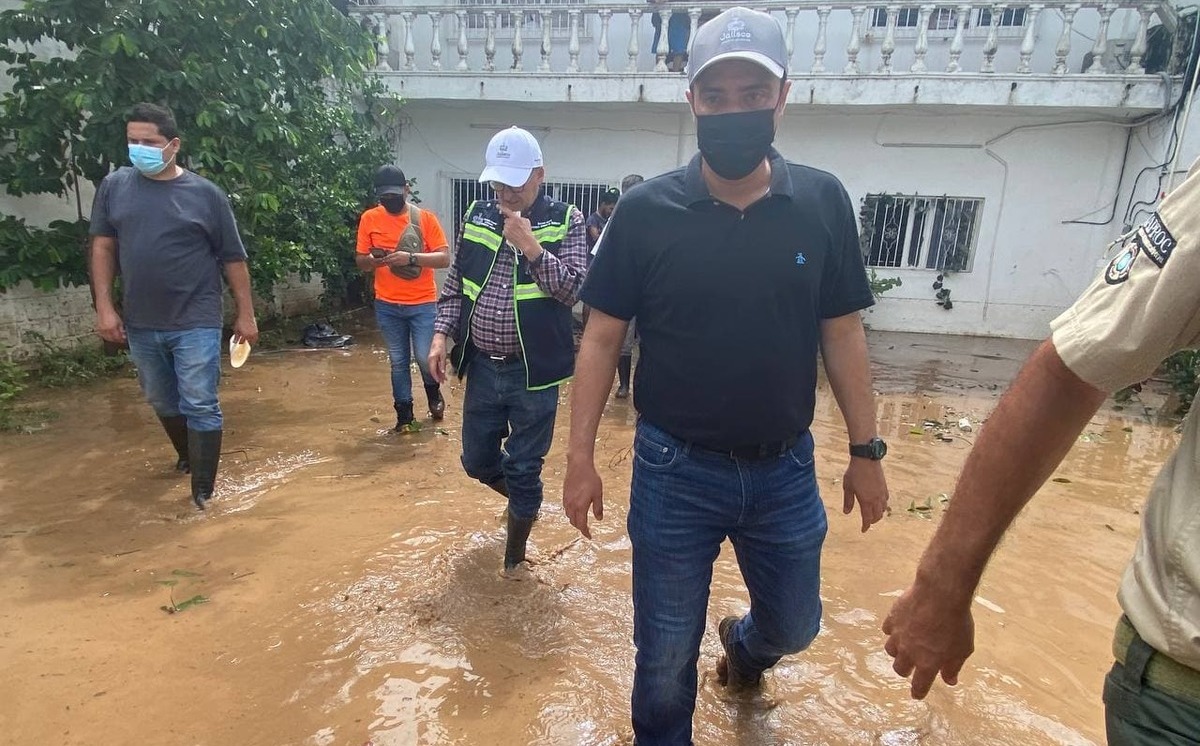 At the moment and in a preliminary way, damages are recorded in 1,156 houses, in the municipalities of Cihuatlán, Tomatlán, La Huerta, Casimiro Castillo, Mascota, Ayutla, Cabo Corrientes, Cuautitlán de García Barragán, after the passage of hurricane ‘Nora’ in the area Jalisco coast.

While the Secretary of Infrastructure and Public Works (SIOP) continues with the evaluation of damage to structures in more than 10 municipalities, the damage occurs mainly on bridges, highways, streets and educational facilities.

For its part, the State government announced that it will provide support to those who were affected in their assets through the activation of the Trust of the State Fund for Natural Disasters.

In the hotel zone of Puerto Vallarta, services are working normally and the airport reopened since this Sunday.

In touring the areas surrounding the Cuale River, the authorities ruled that the Insurgentes street bridge will only be open to private vehicles and public transportation. In addition, since this Monday the teams are already working to carry out the removal of debris and the cleaning of the area to, later, begin with the drilling of the piles where the supports of the new bridge that will be built on Insurgentes Street will go. based on piles, with reinforced concrete beams and a header at the top.

SIOP also confirmed the construction of two bridges over the Cuale River, one 40 meters long and the other 50 meters long, as well as a couple of pedestrian bridges that fell. The stream will be rectified and its sides will be protected with a masonry wall, 150 meters before and 150 meters after the bridge.

In total, Jalisco has 14 shelters ready throughout the coast to serve citizens who require it and two active shelters in Cabo Corrientes and Mascota with 55 people served.