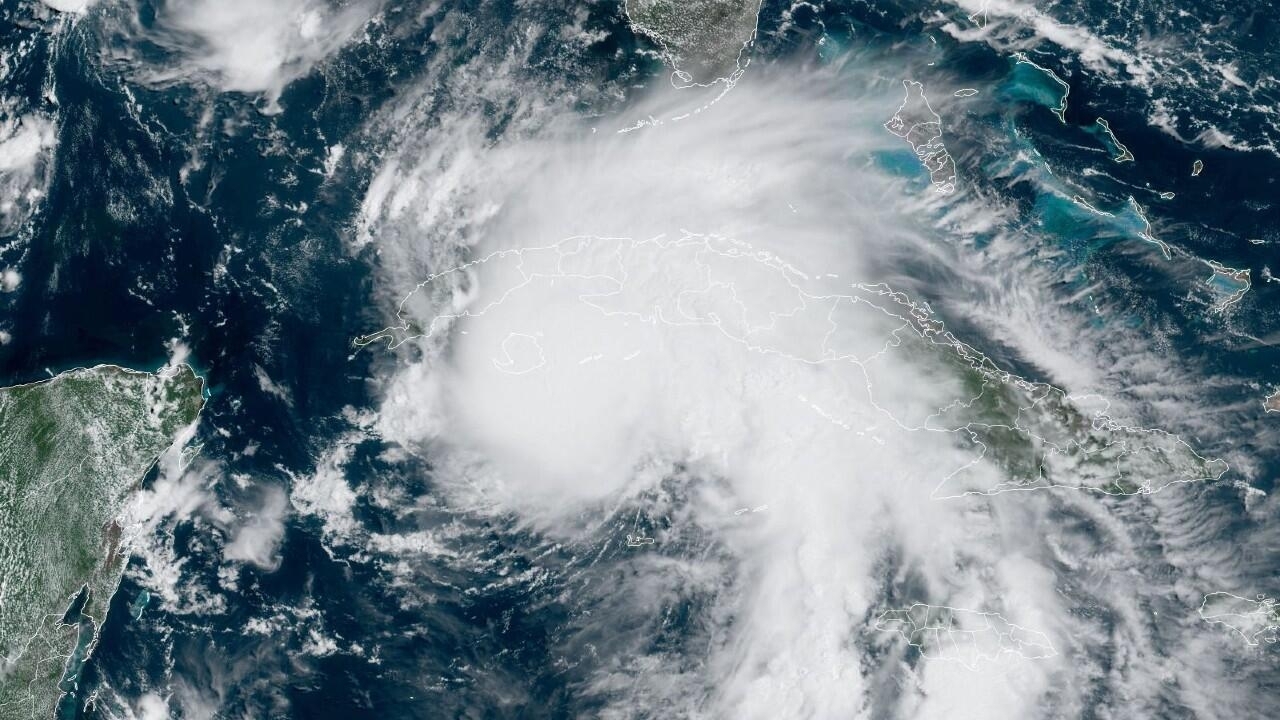 Ida went from a tropical storm to a hurricane this Friday after hitting Isla de la Juventud, Cuba. Forecasters predict it will continue to strengthen into a Category 3 hurricane before making landfall off the coast of Louisiana, USA, on Saturday night or early Sunday morning. The Louisiana governor ordered early evacuations and indicated that Ida could even reach category 4.

At 128 kilometers per hour, Ida rapidly intensified from a tropical storm to a category one hurricane as it crossed western Cuba. The climatic phenomenon hit Isla de la Juventud with heavy rains and caused power outages.

The authorities reported that 2,461 people received the evacuation order. Most of these people were taken into the homes of neighbors, friends and family.

It is the first hurricane to make landfall in the current Atlantic cyclone season and is targeting the central and western regions of the country, where there is already rainfall and strong winds.

In addition, meteorologists anticipate that in the maritime zone of the south of the country there will be waves with moderate floods in low areas of the provinces from Pinar del Río to Cienfuegos, in the center of the island.

Amid fears over Ida’s arrival, the city of New Orleans, Louisiana, and the area’s oil rigs received early evacuation orders after President Joe Biden issued a federal declaration of emergency.

The Governor of Louisiana, John Edwards Bel, declared a state of emergency from that same day and urged citizens on Friday to take shelter before the storm makes landfall, something that is forecast for approximately 1:00 a.m. on Sunday. .

“By tomorrow night, tropical storm force winds will begin to move toward the Louisiana coast. So the next 24 hours are very, very important. Now is the time to finish your preparations. … When night falls tomorrow, they must be where they intend to shelter from the storm. “

Ida will arrive in New Orleans on the anniversary of Katrina

After its passage to Cuba, experts predict that Ida will strengthen to a category 3 or even 4 hurricane, out of a maximum of 5 on the Saffir-Simpson scale, the level with which it is expected to impact New Orleans.

Ida will arrive in the coastal city on the anniversary of the deadly Hurricane Katrina, which hit the region 16 years ago.

“Ida certainly has the potential to be very bad … It will move quickly, so the trip across the Gulf from Cuba to Louisiana will only take a day and a half,” said Brian McNoldy, a hurricane researcher at the University of Miami. .

4PM CT Ida Update – The time to act is NOW. Hurricane Ida is now forecast to make landfall as a category 4 hurricane. This will bring SIGNIFICANT impacts to Southern Louisiana and Southern Mississippi. No major changes to the track at this time, moved just a touch to the east. pic.twitter.com/MRIiBaHTFt


Residents along the Louisiana coast prepare for destructive winds and rains. Authorities issued a hurricane warning for most of the region, from the Intracoastal City to the mouth of the Pearl River. They also extended a tropical storm watch along the Mississippi-Alabama coast.

New Orleans Mayor LaToya Cantrell ordered the evacuation of all people living outside of the levee system that protects the area from flooding. Although he did not specify how many people live there, he urged residents with medical conditions and other special needs to leave the places in advance.

“With a direct hit, I don’t know what’s going to be left, if there’s anything left … Anyone who’s not worried has something wrong,” said Capt. Ross Eichorn, a fishing guide southwest of New Orleans.

By the time it reaches the central Gulf Coast on Sunday, Ida could dump 20 to 40 centimeters of rain, and even up to 50 centimeters in isolated areas, from southeastern Louisiana to the coast of Mississippi and Alabama through Monday morning. , according to weather forecasts.