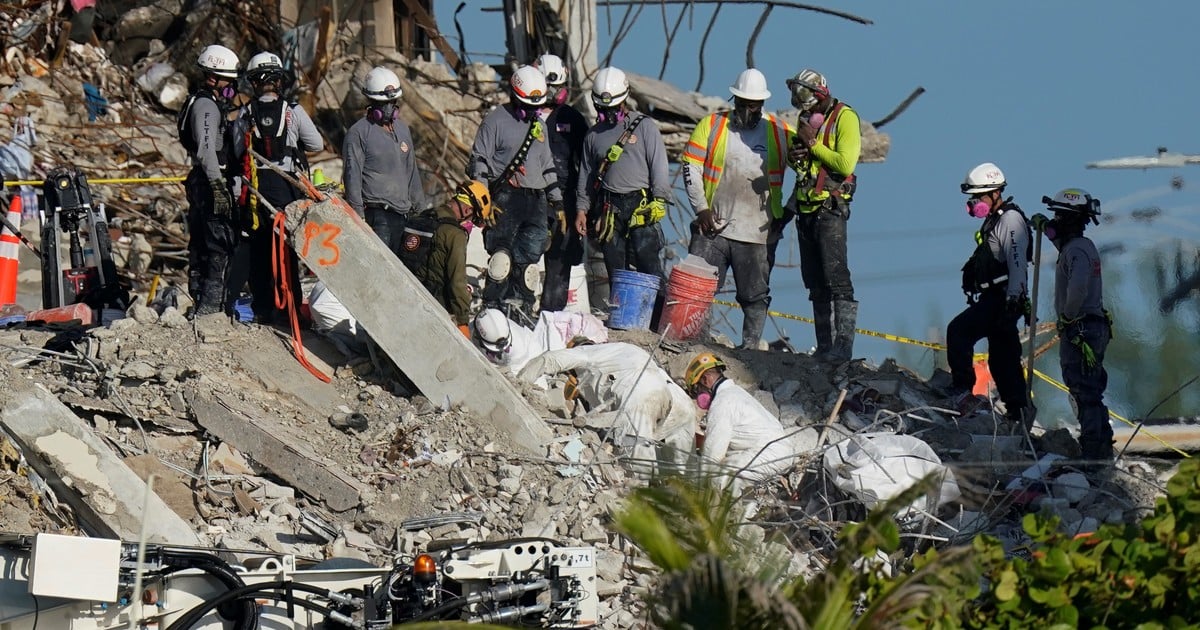 Tropical Storm Elsa gained strength and on Friday became the first hurricane of the Atlantic season, while moving through the eastern Caribbean with maximum sustained winds of 75 miles per hour (120 km / h), as reported by the National Hurricane Center (NHC).

This situation generated alerts in Barbados, Saint Vincent and the Grenadines and Saint Lucia, where the authorities ordered the closure of schools, businesses and airports. Forecasters believe that next week it could end in Florida, or the US coast in the Gulf of Mexico.

Beyond the usual concerns generated by these types of episodes, in Miami there is the additional fear that Elsa’s arrival will complicate the search and rescue tasks that are being carried out around the Champlain Towers, the building that collapsed on June 24 and so far left a balance of 18 dead and 145 missing.

A hurricane could complicate rescue efforts as much as possible. Photo: AP

Although it is not certain that it will pass through the scene of the tragedy, the truth is that large portions of Florida are within the area within which meteorologists project the passage of hurricanes arriving from the Caribbean,

The possibility of high intensity winds and rains such as those caused by a hurricane would be a new delay for rescuers’ tasks, which on Thursday had to interrupt its work due to the instability of the structure, a problem that has led some specialists to raise the need to demolish what is still standing.

“We want to assure you that the State will continue to support its partners in the rescue efforts in Surfside,” said Kevin Guthrie, the director of the Florida Division of Emergency Management, who assured that front-line officials would remain at the site of the tragedy even when he had to attend to matters related to the arrival of the hurricane.

“We are used to driving two or three disasters at the same time“, full.

Satellite image of Hurricane Elsa during its passage through the Carube. Photo: AP

On the forecast track, Elsa will pass near or over portions of the Windward Islands (in the northern area of ​​the Lesser Antilles) or southern Leeward Islands (those in the southern area) this morning and then proceed through the eastern Caribbean.

On Saturday it will travel near the southern coast of Hispaniola (Dominican Republic and Haiti) and on Sunday near Jamaica and portions of eastern Cuba.

In the NHC trajectory cone it appears over the Florida peninsula (USA) in the first days of next week.

Heavy rains and winds hit Barbados as the Category 1 hurricane made its way towards islands such as Saint Vincent and the Grenadines, which are battling for recover from recent volcanic eruptions.

Elsa’s eye was about 120 kilometers east of San Vicente and was moving west-northwest at 44 km per hour. It had maximum sustained winds of 120 km / h, according to the National Hurricane Center in Miami.

With information from the EFE and AP agencies