Hungary bans the “promotion of homosexuality to minors”. “Harry Potter” and “Friends” banned 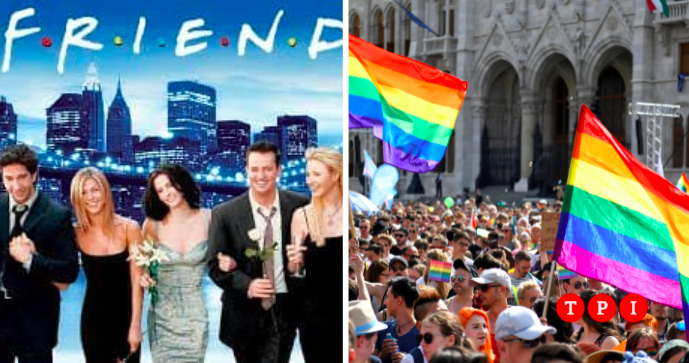 The Hungarian Parliament passed a law banning the sharing of any content that promotes homosexuality or sex change to anyone under the age of 18. The measure, desired by the premier’s party Viktor Orban, passed with 157 votes in favor and only one against. The measure was criticized by Amnesty International and other organizations as a severe blow against LGBTQ rights.

“In order to ensure the protection of children’s rights, pornography and content depicting sexuality as an end in itself or promoting deviation from gender identity, gender change and homosexuality must not be made available to people under the age of eighteen ”, reads the regulatory text. Sex education classes “should not be aimed at promoting gender segregation, gender change or homosexuality,” he adds.

In practice, educational programs or advertisements for large groups in solidarity with sexual and gender minorities will no longer be allowed. It will be the same for books, the collection of tales and legends, television series like Friends or films like Bridget Jones, Harry Potter or Billy Eliot, in which homosexuality is mentioned. The latter could be forbidden to minors under 18. Thousands of people took to the streets last night in Budapest to denounce this “permanent propaganda” of the government against the LGBT community.

“Today is a black day for the rights of the LGBTI community and of all of Hungary. Like the infamous “propaganda law” adopted years ago in Russia, the law adopted by the parliament in Budapest will produce further stigma against the LGBTI community and their allied people and groups and will expose those already living in an environment hostile to further discrimination. major, ”he said David Vig, general manager of Amnesty International Hungary.

“A measure that will reinforce prejudice and homophobia. With the usual trick of defining human rights education as ‘gay propaganda’ and the aggravating circumstance of having included it in a bill against pedophilia ”. So Riccardo Noury, spokesman for Amnesty International, commented on the approval of the law.