Human Rights in Formosa: the opposition asks for justice to the President and several ministers 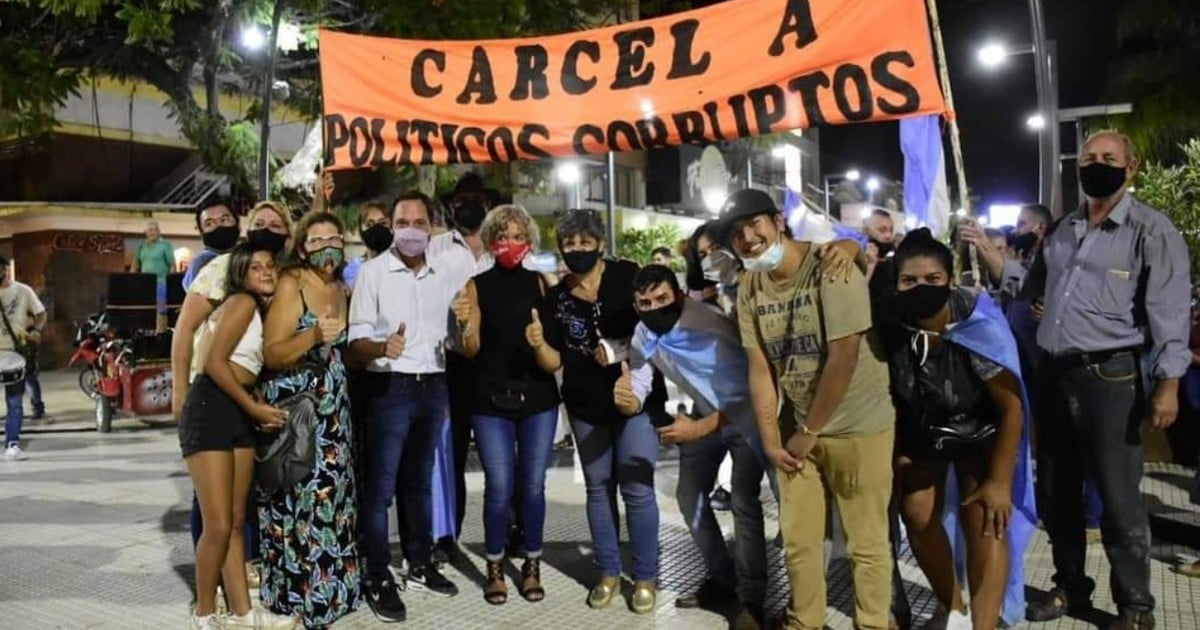 The deputies of the Civic Coalition, with Maximiliano Ferraro, Mónica Frade and Hernán Reyes at the head, presented an amparo action to urge the President of the Nation, Alberto Fernández, and several of his ministers to intervene immediately so that they cease human rights violations in Formosa.

The document, to which Clarín had access, is against Eduardo “Wado” De Pedro’s Ministry of the Interior of the Nation; the National Human Rights Secretariat, by Horacio Pietragalla Corti; the Ministry of Women, Gender and Diversity, of Elizabeth Gómez Alcorta; the National Defender for Children and Adolescents, Marisa Graham; the National Institute against Discrimination, Xenophobia and Racism (INADI), whose intervener is Victoria Donda; and the Ministry of Health of the Nation, headed by Carla Vizzotti.

After the controversy over the compulsory isolation centers in which citizens were detained despite several negative PRC tests and after the case of pregnant women from the Wichi community who fled to a mountain for fear of being separated from their children, the deputies of Elisa Carrió demanded that the Justice urgently order a quick and adequate action by the national agencies in the province.

“The amparo action is appropriate before the manifest failure of the State to comply with an obligation, legally imposed on its charge, and which has as a consequence the violations of the rights of the inhabitants of the different jurisdictions, which are subject to the arbitrary decisions of the Power National Executive. In this case, the right to health, life, identity and equality of citizens are unreasonably affected, putting physical, moral and mental integrity at risk, due to actions and omissions that are arbitrary ”, he says. the brief presented by the legislators of the CC.

“We understand that Human Rights imply the need for the broadest protection by the entire State. What is being threatened here is the essential basis of the human condition and the minimum guarantees of the rule of law as we know it. Consequently, it is not possible to evade the responsibility of the public and judicial agents of the entire Nation, and in particular of the National State, to guarantee the effective protection of Human Rights throughout the territory of the Argentine Republic. As well as we cannot renounce to do what is necessary, insofar as it depends on us, to ensure their protection, including this presentation before the federal courts of the Nation ”, adds the amparo.

Ferraro, who is the president of the CC, said that “there are no longer any excuses, it is imperative that Justice requires the President and his ministers to ensure the validity of human rights and freedoms in the province of Formosa before the obvious violations that the whole country witnesses daily ”.

“Gildo Insfrán is a tyrant who thinks he is master and lord, and with each passing day he deepens the abuses,” the national deputy shot.

Monica Frade, her peer who has already traveled to Formosa on several occasions, affirmed that “the National Executive Power must stop institutional violence and the suppression of DD. H H. in Formosa, through its competent officials. Justice must declare our request admissible ”.

“We are acting against the intolerable inaction and the complicit silence of the National Government towards (the governor) Gildo Insfrán. The National State is obliged, by international human rights treaties, to be the guarantor of the protection of rights against the human condition throughout the territory of the Republic, ”said Deputy Reyes.

The objective of protection of the CC-ARI is that the organizations with competence in the protection of Human Rights, the rights of children and adolescents and of women install permanent offices throughout the province to receive complaints of Human Rights violations .

They also demand that the Ministry of Health and the Secretariat of Human Rights jointly carry out testing protocols for COVID-19 and isolation compatible with Human Rights. For months, Formosa has been in the focus of complaints about Insfrán’s health strategy and days ago the province exploded after the Peronist governor’s intention to return to phase 1 due to 17 infections was known, closing shops, which detonated a massive protest that led to a brutal repression.

In addition, they demand that the National Government arbitrate the means to initiate the corresponding causes for theft of the identity of boys and girls, as was denounced in the journalistic reports, and that they convene the Federal Cabinet in order to analyze the situation of Human Rights in the City. of Formosa, in accordance with the Alternative Capital Law.

The secret garden of the Mexican architect Luis Barragán