Hugo Moyano’s harsh response to the Government: ‘That the ministers sensibly evaluate their statements’ 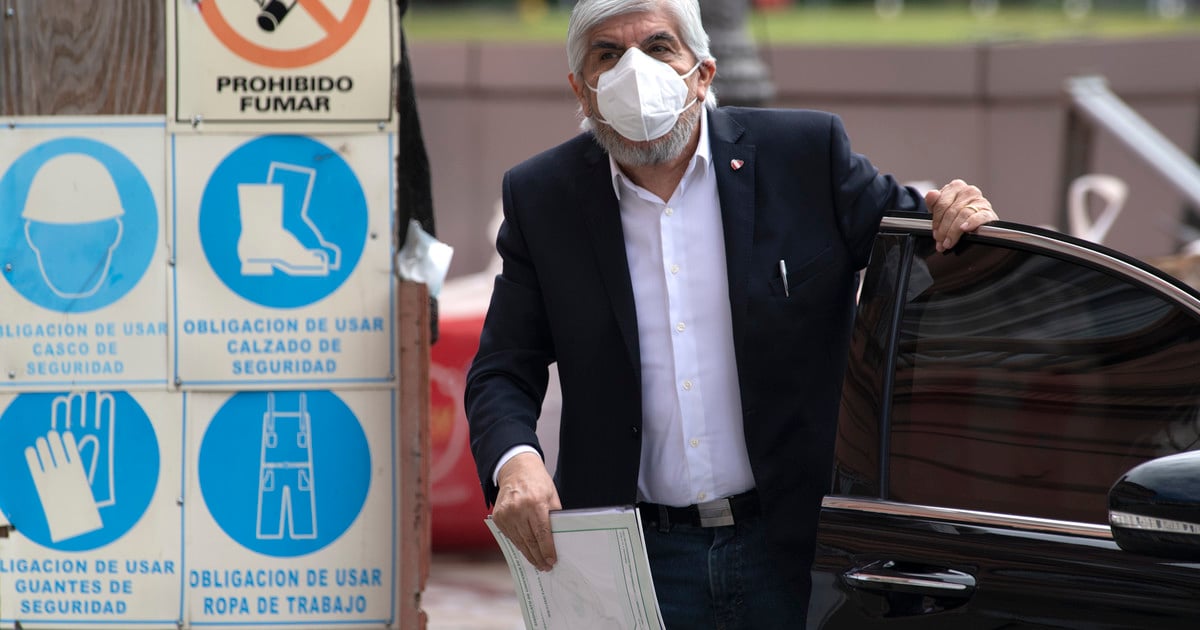 Hugo Moyano replied in harsh terms to the declarations of the national government and defended the locks From truckers to companies. The union leader defended his actions and recalled his role and that of his union in the conflict with the field. “Back then naturally there was no talk of ‘concern because of the locks, ‘”he said.

The former general secretary of the CGT sent a letter this Wednesday to Claudio Moroni, Minister of Labor, and Matías Kulfas, Minister of Productive Development. In it he crossed statements of the latter in particular.

The union benchmark He quoted that Kulfas had said: “We they worry blockades to companies by Truckers. We work together with the Minister of Labor, Claudio Moroni, and we look for solutions. They are not generalized situations. “

After transcribing the words that Moyano attributed to Alberto Fernández’s official, he arrived the strong response.

The trucker leader defended the “legitimate claims” of the union sector against “behaviors abusive on behalf of the business association “.

And also “invited” officials to review the “past of common struggles “ to avoid “evaluate lightly“the behaviors of Truckers.

“To encourage this memory exercise”, Moyano recalled the conflict with sectors of the countryside by law 125, in 2008. “Ours was the only union that participated actively in the face of the attempt by the rural bosses to jeopardize the continuity of the democratic government,” he said.

In this sense, he highlighted the collaboration with the Government of Cristina Kirchner during those months: “At that time, naturally, there was no talk of ‘concern about the blockades’ but rather the commitment was appreciated for the stability of the institutions “.

Hugo Moyano recalled the conflict with sectors of the countryside in 2008. Photo Boris Cohen

In addition, he detailed the confrontations with bottles and nails miguelito with “the pickets of abundance”, when the then president -said Moyano- asked him move 900 head of cattle from Azul “to the Coto refrigerator, in González Catán.”

Closer in time, he highlighted the transfer of 25 thousand beds from Misiones to health centers “that were improvised to attend the wave of infections and sick people” due to coronavirus. They were also enlisted by the transfer of the Antarctica Sanatorium to the national health system.

After the review, Moyano went categorical.

Truckers workers in a blockade of a chemical in the GBA, last March. Photo Rolando Andrade Stracuzzi

He asserted that he trusts the ministers “evaluate their statements sensibly and empathetically“.

And he concluded: “Whenever circumstances and certain actors threaten the health of our institutions or boycott popular government measures, Truckers is the union that takes to the streets to fight for social justice “.

In recent months, due to union complaints and to add affiliates and control commissions, Truckers starred various episodes of crashes to Buenos Aires plants and factories.

Last February they paralyzed the entry and exit of employees and merchandise at the Chazki firm, located in Parque Ader, in Villa Adelina.

It is a Mercado Libre distributor, a company against which they had already lobbied for their workers to become members of Truckers.

On that occasion, the owner of Parque Ader burst into tears, when he saw the action in the place paralyzed by the installation of vehicles, gazebos and chemical toilets of the union.

“I’m here out of passion. I enjoy work, I love working. It makes me angry that these people destroy everything. It makes me very sorry, very angry,” said Bernardo Fernández, with tears in her eyes.

Months before, the Santa Fe branch of Truckers, led by an opponent of Moyano, had acted. There were no differences in the procedure: they blocked a materials yard, an aggregates recycler and a concrete mixer.

In May, it was the turn of Química Oeste, a chemical SME in Esteban Echeverría that was 14 days without being able to work.

The repeated episodes led to factory and establishment owners joining in an Anti-Blockade Business Movement. It brings together 36 businessmen from all over Argentina and calls “Do not give in to extortion.”