HS Vantaa There is a column on the Vantaa rock, the erecter of which is unknown – A monolith that catches the eye may be part of a global phenomenon 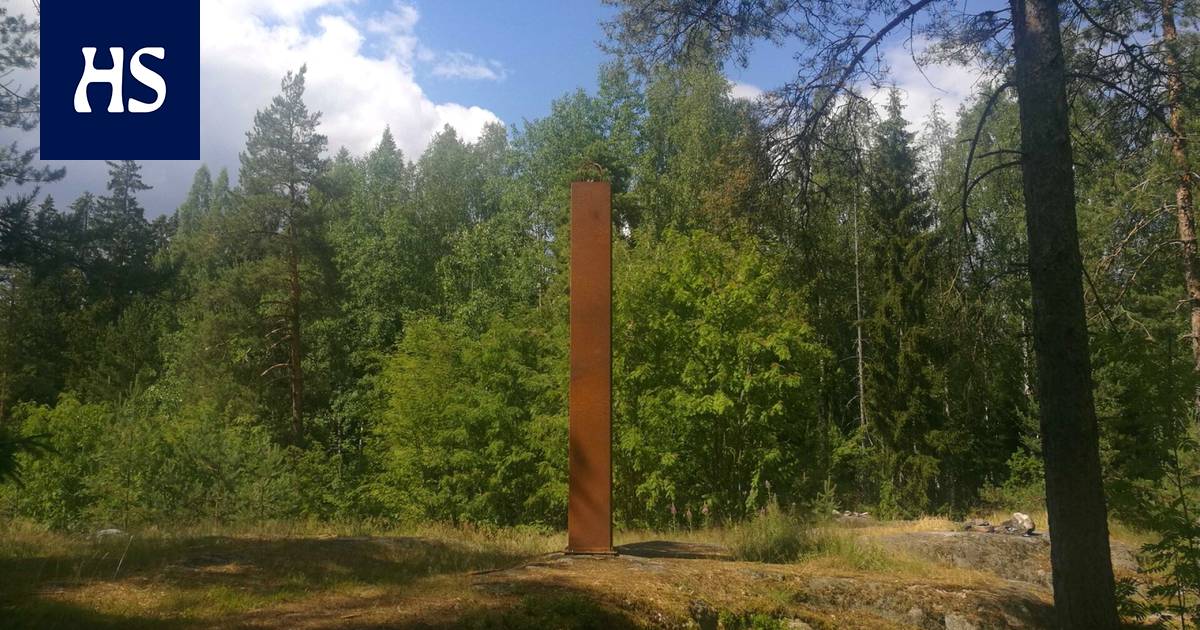 Behind the smoke saunas in Vantaa’s Kuusijärvi is a large monolith, the origin of which no one seems to know.

Vantaa Behind the smoke saunas of Kuusijärvi, there is a rusty column in the rock, the origin of which is unknown. The mystery pole, about three meters high, has stood firmly in place since the beginning of the year.

City of Vantaa Sports Venue Champion Juha Savolainen says no one knows who erected it there and why.

“It’s bolted into the rock with four bolts, and it doesn’t swing. At least for now, we’ve let it be there. ”

In the autumn, a toboggan run will be made for children. Then we look at the situation again and see if there is a pole on the road, Savolainen says.

Vantaa the metal pole is possibly part of a phenomenon that has amazed people around the world since the end of last year.

Dozens of different shiny metal passages drifted into different countries and no one seemed to know where they came from. The first monolith was discovered in the U.S. wilderness of Utah in November last year.

Finland has also played its part in the phenomenon. A metal column appeared on Nurmijärvi at the beginning of the year. There was also a monolith in Savonlinna for about a week, until it disappeared as surprisingly as it had appeared.

Read more: A mystical metal pillar also appeared in the Helsinki metropolitan area – A phenomenon that surprised the world arrived in Nurmijärvi

The Kuusijärvi column differs slightly from other monoliths in its appearance. The other columns have a glossy surface, while the Vantaa column is rusty red. A special pattern of metals has been built on top of the column.

“The column was already rusty when it was found. It was not pure metal, ”says Savolainen.

There is a special detail on top of the rust column. Picture: Jannika Lalu HS

Even now there is no certainty as to what the mystical metal poles are all about. They are suspected to be a marketing ploy or a work of art.

The international art collective The Most Famous Artist has stated that it is behind the monoliths, but the matter has not been confirmed.

What is certain, however, is that the Kuusijärvi rust column is of interest to people. Juha Savolainen says that people regularly marvel at the mystical monolith.

“At first, people called that where that pole is. In winter, a path was formed there. ”

CNN: A mysterious metal pillar standing in the Utah desert is gone