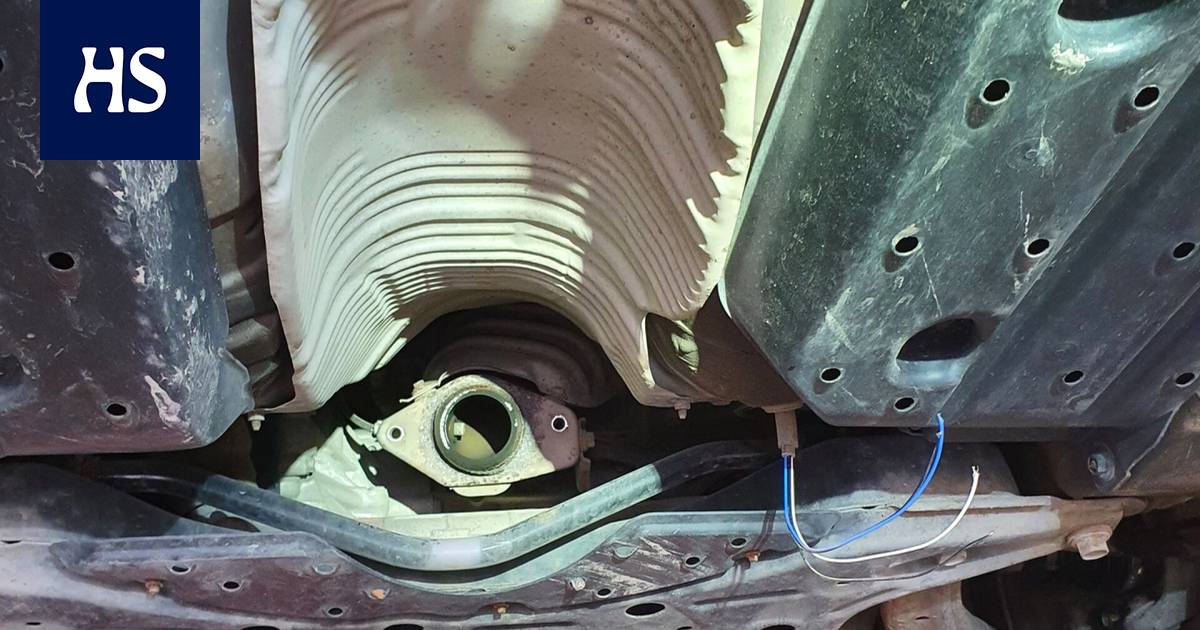 The number of catalyst thefts in the Helsinki Metropolitan Area has exploded in a couple of years. The target is often a Vantaa car.

Even the last ones the remnants of sleep sand shed the inhabitants of Hämeenkylä Annariikka Rosellin eyes when he started his car on July 30 to take it to service. The hybrid car Toyota Prius made such a fuss that he stopped the car in those places.

“When I came out, I saw that the car had laid a small heap of bolts and nuts in the parking lot.”

Roselli first thought the car’s exhaust had come off. However, that was not the case. The car had a stolen catalytic converter.

Unfortunately, Roselli is not the only one who has recently encountered a similar vision. The number of catalyst thefts in the area of ​​the Eastern Uusimaa Police Department has risen massively over the last couple of years.

In 2019, only six catalyst thefts were reported to the Eastern Uusimaa police. This year, 309 cases have been recorded by the beginning of August. On a monthly basis, this means that currently more than 40 catalysts are stolen each month, when previously there were not even thefts.

During the summer, the number of thefts has exploded. By the end of May, 127 catalyst thefts had been recorded in the Eastern Uusimaa police area.

“Today’s balance is 309, which means that thefts are in a strong phase of acceleration,” said the Eastern Uusimaa Crime Commissioner. Leif Malmberg by email.

Somewhere for this reason, thefts are made especially in Vantaa. About half of all catalysts stolen in the Eastern Uusimaa region have been taken from Vantaa cars.

According to Malmberg, criminal reports have come from almost everywhere in Vantaa.

According to Malmberg, thefts are not committed by a particular group, but by several perpetrators.

Catalysts are stolen because they make a lot of money when sold on. Catalysts contain valuable raw materials such as rhodium, palladium and platinum. They are used, among other things, to make new catalysts. Catalysts are purchased by both foreign and domestic scrap dealers. You can get up to 2,000 euros for the most valuable catalysts.

According to Malmberg, the favorite brands of thieves have been Toyota, Volvo, Volkswagen, Audi and BMW.

Principally catalytic converters have been stolen from cars that have been in public places, such as apartment building parking lots.

But protection is not always provided even by a private area.

“They have even been taken out of a car repair shop. It’s a brazen activity. Jack under the car, car up and with the battery-powered mower the device disconnected. It happens in 1-2 minutes, ”says Malmberg.

Due to the rapid action of thieves, criminals can be difficult to catch. Malmberg urges people to be vigilant.

“You can also take a picture of a thief in a public place to help the police.”

However, the image must not be shared on social media.

The car owner’s means of protection against theft are limited. Malmberg recommends parking in lighted areas and, if possible, obtaining a surveillance camera.

After the theft, surveillance was also increased in Annariikka Rosell’s terraced house.

“This is a bird-free area, and nothing has been stolen from us before, so the theft came as a shock.”

Catalyst theft can be costly for the motorist, as the car often breaks down at the same time. Rosell was left with 200 euros to pay for the theft.

“Fortunately, I had theft insurance.”