HS Vantaa Scrap cars can even be found behind unknown paths and trees in Sipoonkorvi – How did they get there? 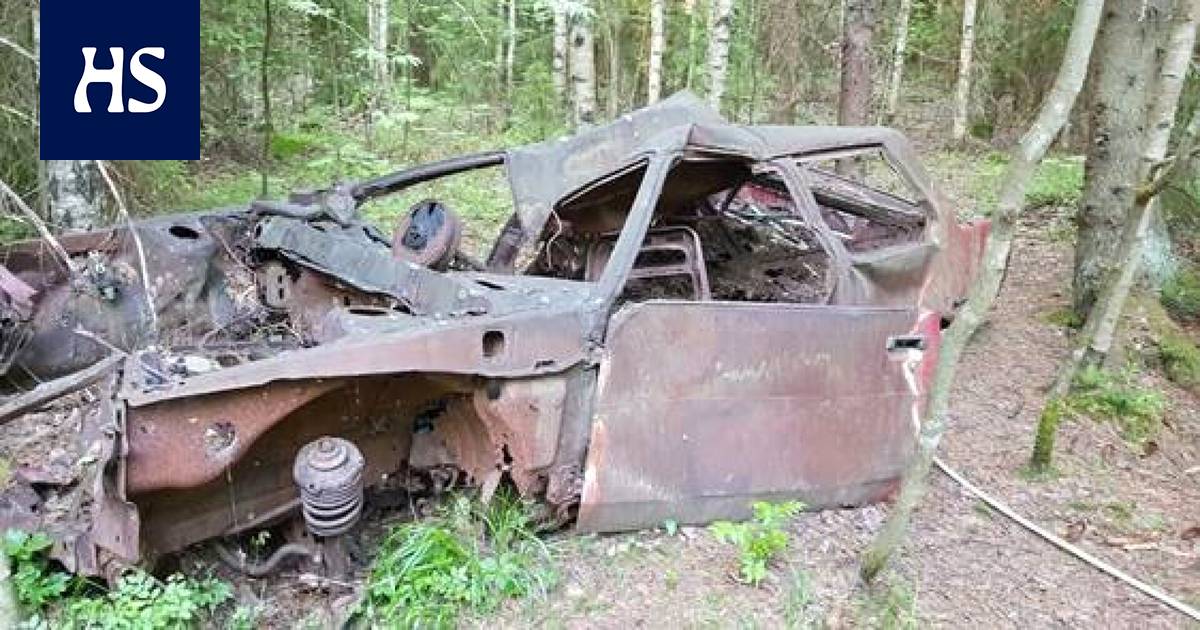 In Sipoonkorvi, several car wrecks are buried both in the national park and on land owned by cities. Who should move them away?

Already for decades, the car has been allowed to land in peace in Sipoonkorvi without being disturbed by anyone. It is difficult to say which car brand it is, as over time the car has almost become terrified of the surrounding nature.

Perhaps the car would have been at peace for another 20 years if the city of Vantaa had not built a new bridge and outdoor route to Sipoonkorpe. Now the remains of the car are sadly visible to everyone traveling from Kuusijärvi to the Bisa hut.

The car is not the only one in Sipoonkorvi. Often hiking in the area Matias Kemppainen has run into two other car wrecks and one landfill in the woods without looking. He is annoyed that no one is interested in cleaning cars out of the woods.

“In the past, there has been an accepted folk way of disposing of cars by leaving them in the woods, but they don’t belong there.”

This car on the roof can be found on the Sipoo side of Landbo. Picture: READER ‘S PICTURE: MATIAS KEMPPAINEN

But who owns cleaning cars from the forest then?

“The landowner is responsible for the clutter in his area,” says Metsähallitus’ special planner Joel Heino.

The lands of Sipoonkorvi belong to the cities of Helsinki, Sipoo and Vantaa. In addition, some areas are privately owned. 2,300 hectares of forest is a state-owned national park, which is managed by Metsähallitus.

If the car is on the land of a private owner, it is more difficult to intervene in its storage.

“It’s a bit of a gray area. Everyone should have the right to keep the car on their own plot, ”Heino ponders.

If the car is considered to pose a risk to the environment, the owner of the site is obliged to deliver the end-of-life vehicle to the waste management. If the car is not owned by the plot, the transfer can be made by the municipality upon request.

At least one of the cars photographed by Kemppainen is in a national park managed by Metsähallitus. Joel Heino says that Metsähallitus’ goal is to collect all end-of-life vehicles that come to its notice out of the forest. However, it is not always that simple.

“If the cars have been in place for a long time, it may be that there is not even a road to the area anymore. Then you have to cut down the forest and make an opening to the tractor. ”

It is also a question of the order of urgency.

“If the car has been in the woods for 20 years and at the same time the firewood has run out of fire, then maybe you don’t need to be the first to pick up that car.”

Metsähallitus is also not always aware of the end-of-life vehicles in its area. Joel Heino hopes that he will be notified of abandoned cars in their area at joel.heino@metsa.fi. If you are not sure in whose area the abandoned vehicle is, you can check the boundaries of the national park from the Retkikartta.fi service.