HS Vantaa In Vantaa, people were amazed at the Lego-block-like puzzles that appeared on the sand field – Now they are being used to build a school for children 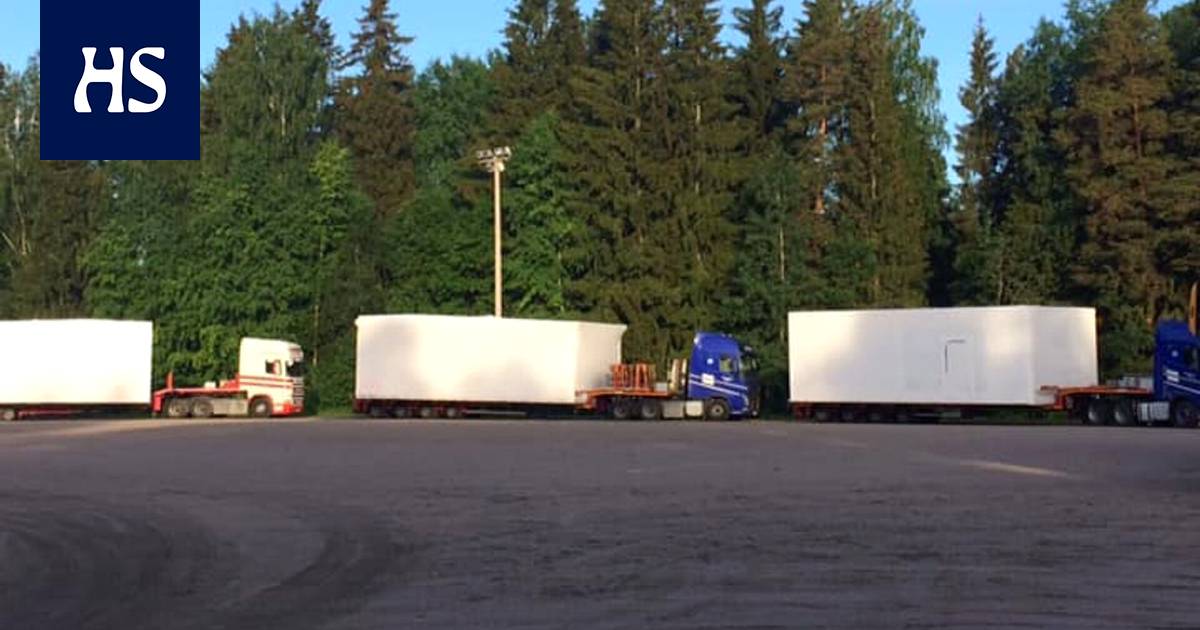 The Kaivoksela school in Vantaa has suffered from a lack of space. Now the problem was solved by the giant boxes that appeared on the sand field next to the school.

Vantaa In Kaivoksela, the Lego-block-like puddles that appeared on the sand field at the beginning of last week have been marveled at. The boxes appeared on a sand field less than 300 meters from Kaivoksela School at Luolapolku 4.

The explanation for the giant white rectangular facets is the new temporary building of the Kaivoksela school. When completed, the two-story structure will be called a pavilion.

CEO of Fixcel Group, responsible for the construction and transmission project Anders Gylling says the pavilion will be built from about twenty separate modules.

“The building has whiteboards, toilets and furniture ready in place,” Gylling says.

Building blocks was transported by truck from the factory in Hämeenlinna in three consignments, eight trucks per day.

The transfer operation began on Monday last week. All in all, it took three days to transport parts of the new school building.

Mining the school has had an acute shortage of classroom space over the past school year. The pavilion will ease the situation.

“Last school year, we didn’t have separate craft or music classes, but every classroom has had a school class. Special teachers have not had their own classrooms either, ”says the principal of Kaivoksela School Anne-Mari Keronen.

Students the school has been above the ceiling for several years. Last school year, the school, rated for 514 students, had about 620 students.

“We now have a little leeway, and we get to be divided into groups better in high school.”

Keronen says that the new facilities can accommodate a maximum of 180 students. First and second year students will move to the pavilion building. No significant change in the total number of students is expected in the coming academic year.

The pavilion facilities will be handed over to the school after a couple of weeks of testing. Picture: Victory Hällström / Reader’s picture

Gyllingin according to the installations will be completed in mid-July. The completed buildings will be handed over to the school after two weeks of testing at the end of July.

“We’re still doing yard work and connecting the building to the sewer and electricity grid.”

The pavilion will serve as an additional space for the Kaivoksela school until approximately 2027 until the completion of the Ojaha Unified School.