HS Vantaa A “giant whale” had to be built in the Vantaa river landscape, which would be six times the size of Heureka – Why was the utopia forgotten? 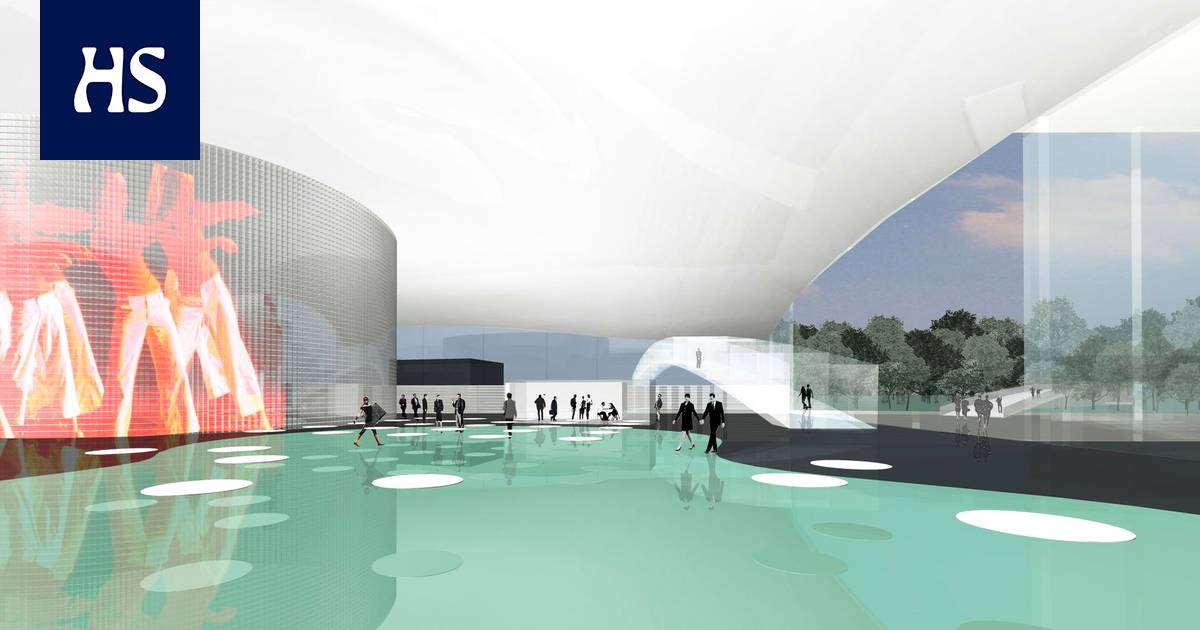 A lavish cultural center was planned for Vantaa near Tikkurila in the early 2000s. Moby Dick took an immeasurable amount of work and a lot of money, but it was never built. What happened?

Joko have you visited the Moby Dick cultural center in Vantaa, next to Tikkurila in Kuninkaala? It is a huge and fine building with a whale belly that can hold some kind of cultural and experiential activity.

Moby Dick on the east side of the main line located in the expansion, inter alia, on its west side neighbor that is, the Heureka Science Center and the museums of the media and aviation, 3D cinema, dance house, a learning center and a hotel.

Moby Dick has an area of ​​50,000 square feet. It is thus six times the size of the 8,200-square-foot Heureka. It is a symbol of the growth of the Nokia-powered capital region, Vantaa and the economic rise of Finland as a whole, an internationally unparalleled attraction.

The only sad side is that it doesn’t exist.

Cultural concentration the ideation began at the turn of the millennium and the intoxication of the Millennium. It got its name in 2004 when JKMM Architects won an architectural competition for the building with its Moby Dick proposal.

Moby Dick is a well-known American writer Herman Melvillen an adventure novel about whaling and published in 1851. The salmon of the coat of arms of Vantaa would be accompanied by a huge white whale rising by the Keravanjoki River.

The construction cost of the Moby Dick was estimated at around € 150 million and was due to be completed around 2009.

Yet in 2006 Heureka’s then future director Jouko Koskinen speculated for HS everything is fine.

“The expansion of the cultural center will not fail in terms of funding,” Koskinen believed at the time.

Through Heureka, the Aviation Museum, the Media, Television and Film Museum, and the hotel operator Sokotel, tenants were promised from the public and private sides. Seven companies competed for the construction contract in 2007.

One of the key driving forces of the project and its soul alongside Jouko Koskinen was a crane operator known for his dance hobby. Pekka Niska. However, Niskakoski oy withdrew from the background forces of a dance house that drew a thousand couples in 2008.

The same year began years of economic decline in the world and in Finland.

Eventually the then mayor of Vantaa Juhani Paajanen could bless Moby Dick in the waves of the Keravan River: there is no longer any target timetable for the project, he told HS in 2010.

The plot once thought of for Moby Dick is currently a car park.­Picture: Markus Jokela / HS

The money spent on civil service and political decision-making is innumerable. In 2010, Mayor Paajanen estimated that the city of Vantaa had used hundreds of thousands of euros to design Moby Dick at that stage.

The Heureka extension was finally completed in connection with an existing building in 2017. What is the phase of the Moby Dick plot now in 2021, Tikkurila Regional Architect Seppo Niva From the city of Vantaa?

“Moby Dick has left the project one by one. It’s not going to happen, ”Niva says.

Moby Dick had a finished, strong town plan. Now it gets trashed as Vantaa prepares a change to the town plan for future construction, whatever it is.

“There are no decisions, but housing construction has been under discussion.”

Pretty much money for both the design and decision-making work Moby Dick took with him?

“It’s true, but it’s partly a job description. Not all projects will be implemented, ”says Niva.

As Activision Blizzard boss Bobby Kotick is poised to earn a bonus worth millions of dollars, staff brace themselves for layoffs across Europe

Valencia is interested in Julián Alvarez: what does Marcelo Gallardo say?