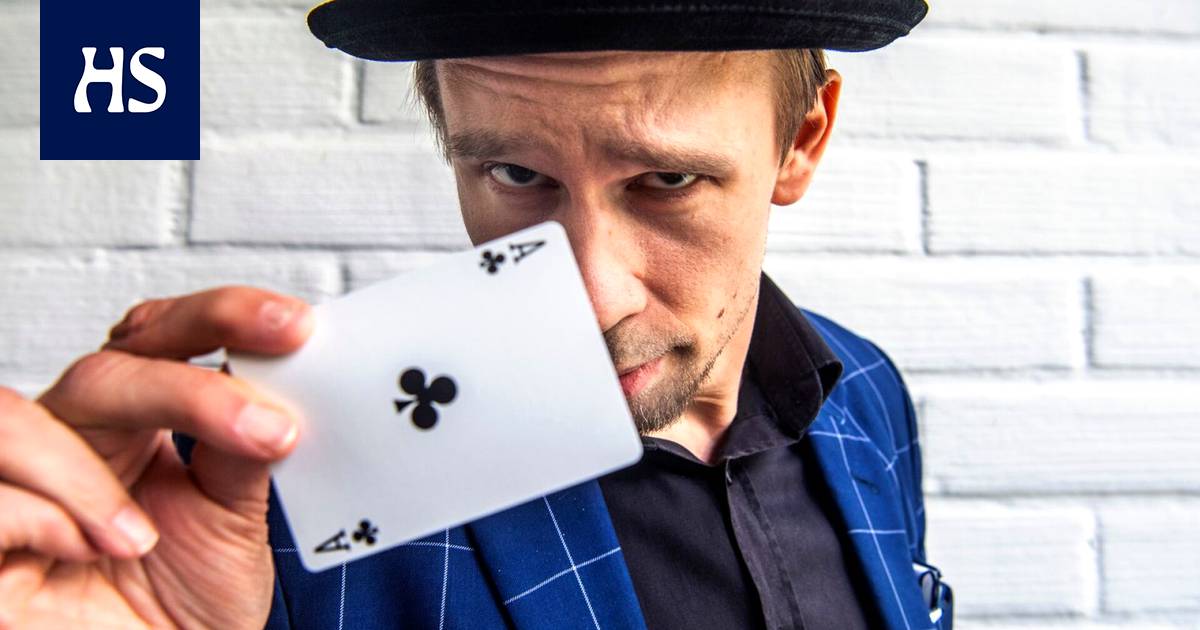 Risto Leppänen performed magician gigs in Brazil when the coronavirus stopped working in Finland. It culminated in the trick of hiding a well-known mountain.

Audience roars in surprise when the magician Risto Leppänen spin the umbrella: the iconic mountain has disappeared from view in Rio de Janeiro.

Leppänen from Tuusula conjured up the famous Brazilian Sugar Loaf Mountain when he performed in Rio in June. You can watch the magic trick from the video at the beginning of this story.

But what miracle did the magician from Tuusula do in Brazil? HS found out.

All began in March last year, when a state of emergency caused by a coronavirus also hampered the magician’s work.

“I had done more than a hundred gigs a year before Korona time, but after the corona crisis, all gigs were canceled. The alternatives were to stay at home crying or develop something new, ”Leppänen now recalls the events in Tuusula.

“I decided to go look for something new.”

Risto Leppänen has worked as a professional magician since about 2005. Picture: Kimmo Penttinen

“With Rio Digital, I built a show that a small number, such as ten people, can watch safely on site. The rest follow the performance virtually. Through Rio Digital, there was an opportunity to try out the concept in Brazil, ”says Leppänen about the history of the trip.

Leppänen performed in Rio de Janeiro in January – March and again in June this year. He performed magic tricks in Rio at the National Theater. There, the show was watched by about 50 spectators, the rest watched the show virtually. The performances included local samba dancers.

Leppänen also performed in Rio de Janeiro on the shores of Flamenco Beach in June. There he conjured up the famous Sugar Loaf Mountain.

“The show was filmed on Flamengo Beach. There were about 20 spectators, the rest watched the performance of the theater, ”says Leppänen.

He suspects that he is the first Finnish magician to perform in Brazil.

Risto Leppänen has found a niche in Brazil for magic when a corona pandemic has knocked out gigs elsewhere. Picture: Kimmo Penttinen

Now Leppänen is in Tuusula, but may return to Brazil again.

“Perhaps from the end of the autumn I will head again to Brazil, now to the Sao Paolo area, when the situation in Finland is unclear regarding the organization of gigs. Towards the end of the year, I hope to be able to entertain the little Christmas people at home again. ”

38 years old The first seeds of Risto Leppänen’s magician’s career were sown when he was six years old.

“I saw a magician at the clinic who conjured up pigeons. I got excited and borrowed from the library Knot Mäkelän magician’s book. After that, I started doing magic tricks for the household and friends until I got bored, ”Leppänen recalls.

Since then, Leppänen studied to be a tradenoma, but did a lot of magician gigs during his studies. In the end, he did not end up with jobs that matched his education, but magic became a profession.

Leppänen calculates that he has worked as a professional magician since about 2005. He has performed mainly in Finland, in addition to Brazil, he has performed abroad in the United States.

In the video below, Risto Leppänen presents a handy card trick he does with one hand.

Is Leppänen’s role models as a magician?

“I appreciate it David Copperfieldia. While performing in the United States in 2015, I met Copperfield in Las Vegas. Copperfield stressed to me the importance of teamwork. He said a magician must trust professionals, for example, in technology. From Iiro Seppä I also appreciate it as a leader. ”

Leppänen so magical off the sugar loaf mountain in Rio de Janeiro. What could be a suitable destination in Finland to cast off?

“It has been suggested to me as a joke that I could cast a spell out of Parliament in the middle of its plenary session. Maybe Näsinneula or something like that could be a good target. ”