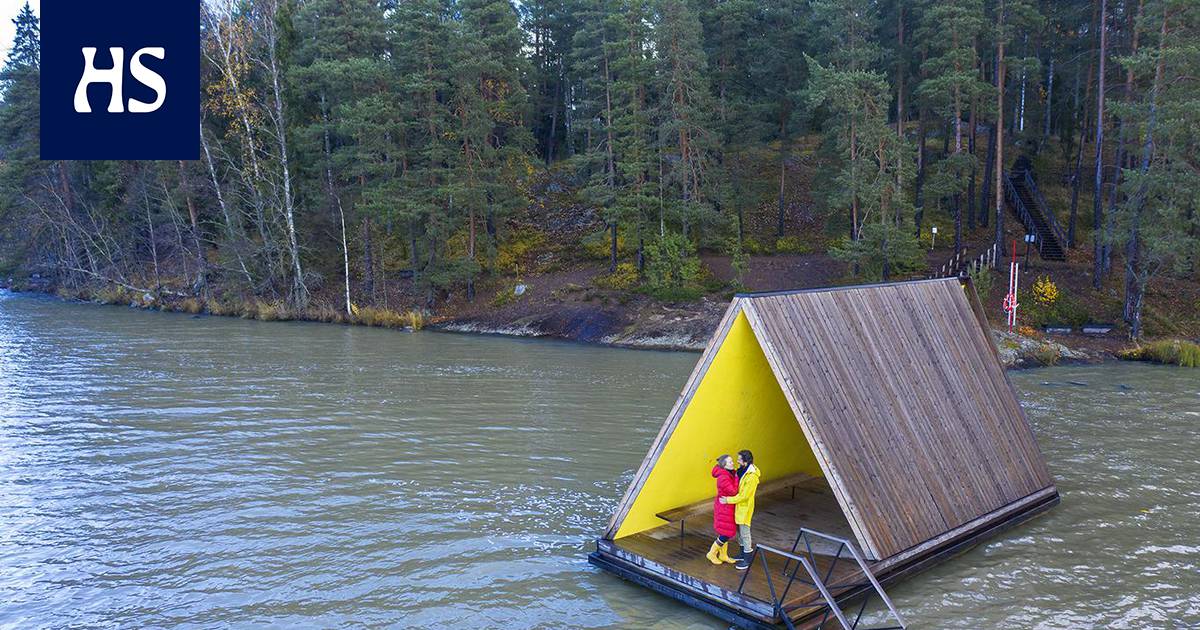 A pier pavilion described as a “bagging booth” was completed in Tuusula. Now the municipality is organizing a remarkable race, which the winning couple will get to the suite with full board for the night.

In August one couple gets to spend a memorable night in the floating pier pavilion in Tuusula. The pavilion, which cost more than one hundred thousand euros, was completed in 2019 in the green park of Fjällbo.

For the marketing trick called Tuusula’s Night of Dreams, the pavilion will be transformed into a hotel suite and “brave couples” can go there.

Known among the locals as a “pouch”, the pavilion evoked both admiration and wonder at its completion. Tuusula Municipality Development Manager Heidi Hagmanin according to the pavilion has since established itself as a romantic destination in Tuusula.

“It’s in a great location. Many locals have found it as such a romantic destination to go to enjoy nature with their loved ones or loved ones. It’s the perfect place to kiss, ”Hagman describes.

With the night of dreams Tuusula wants to make both the pier pavilion and Tuusula more widely known outside the municipality. The search for Night of Dreams begins on Monday, April 19 and is open until the end of May.

Anyone can apply as long as both parties are 18 years of age or older. Tuusula hopes that in the application, the couple will point out why they deserve such an everyday break. Ultimately, lottery luck determines who the lucky couple is.

Read more: An excursion destination will be opened next to Helsinki, the attraction of which is a booth booth that cost 130,000 euros

The pavilion is located in an area that is normally in common use. However, for the night of dreams, the area will be limited to the use of a selected couple only.

Local with partners, the pavilion will be decorated as a hotel suite with appropriate sleeping arrangements and catering. A romantic program tailored to their preferences is also planned for the couple. The municipality does not want to reveal too much about it yet.

“We don’t want to ruin the element of surprise. But perhaps one could say that it can be designed even according to the couple’s musical tastes or hobbies. It depends, of course, what kind of couple it is, what kind of program is tailored, but the premise is to use local actors and entrepreneurs as much as possible. ”