HS Kerava | The woman brutally killed the man in an apartment building: Wrap air-conditioning tape around the victim’s head and, after beating with a knife, left the blade upright in the thigh 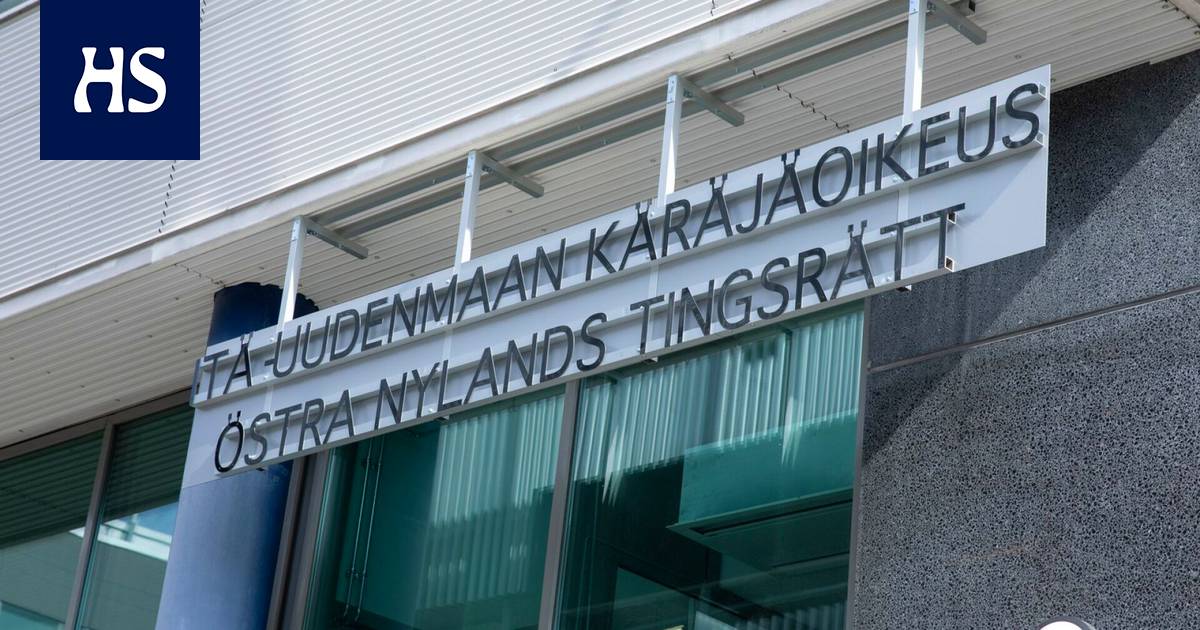 The woman stabbed the man 11 times in Kerava and was found not guilty. He was assigned from a confusing chain of events to psychiatric hospitalization.

Eastern Uusimaa the district court convicted the woman of murder and violation of the grave in Kerava.

The act took place in an apartment building in Kerava in August last year. The woman was charged with murdering the man and violating the grave. The prosecutor demanded the 27-year-old woman be sentenced to life imprisonment.

Indictment according to the woman wrapped the air conditioning tape around the man’s head so that the victim’s mouth and nostrils were covered. Due to the tape, the victim’s breathing was obstructed or difficult during the act.

The woman struck the victim with a blade gun a total of 11 times on the chest, neck area and leg. One of the blows to the chest pierced the victim’s heart, causing this death.

After the death, the woman stabbed the victim in the right thigh, causing her to be charged with violating the grave.

During the act, the victim was unable to defend himself at all from the violence against him due to his sleep and the drugs he ingested.

The prosecutor according to the act showed a persistent attempt at killing, in addition to which the woman had tortured the victim with unnecessary pain and prolonged her suffering.

The woman denied guilt. He admitted to having cut the victim’s neck with a knife, but denied any other violence. He also denied hitting the knife in the victim’s thigh. The woman said she did not know how the victim had lost her life.

At the district court hearing, the woman did not want to be heard. The reports she had given during the pre-trial investigation, relied on by the prosecutor and the defense for their part, were considered irrelevant in view of the woman’s state of health.

Under investigation all the facts that emerged suggested a single possible factor.

The investigation found, on the basis of several witness statements, that the woman was the only person who, in addition to the victim, was in the apartment at the time of the act.

Only the DNA ID of the victim and the woman was detected in the blade weapon found at the scene. The woman’s fingerprints were also found on a roll of tape wrapped around the man’s head.

On the day of the incident, the victim’s phone was called to the emergency center. It can be heard from the emergency center recording that in a very short call, the female voice says only one word to the attendant: “I killed”. The call was found to have probably been made by a woman.

Based on the investigation, the woman had been in a very confused state on the day of the incident.

Due to the woman’s state of health, the motives for her actions did not survive.

Eastern Uusimaa the district court held that the act met the characteristics of a particularly brutal conduct which could be condemned to murder.

However, according to the district court, it remained unclear whether the act as a whole was prompt or whether the victim was beaten along at intervals, causing him prolonged pain or suffering.

In addition, the court held that it remained unclear how much violence the woman had inflicted on the victim before her death and how much after.

District Court found the woman guilty of murder and violation of the grave.

The health experts found the woman not guilty at the time of the commission, which is why the district court did not sentence her to punishment.

By a decision made on the same day, the woman was prescribed involuntary psychiatric hospitalization.

The woman was ordered to pay the plaintiff a total of EUR 1,903 for the costs of the victim’s burial and resignation and for the loss of working time due to the resignation.

The verdict is not final.