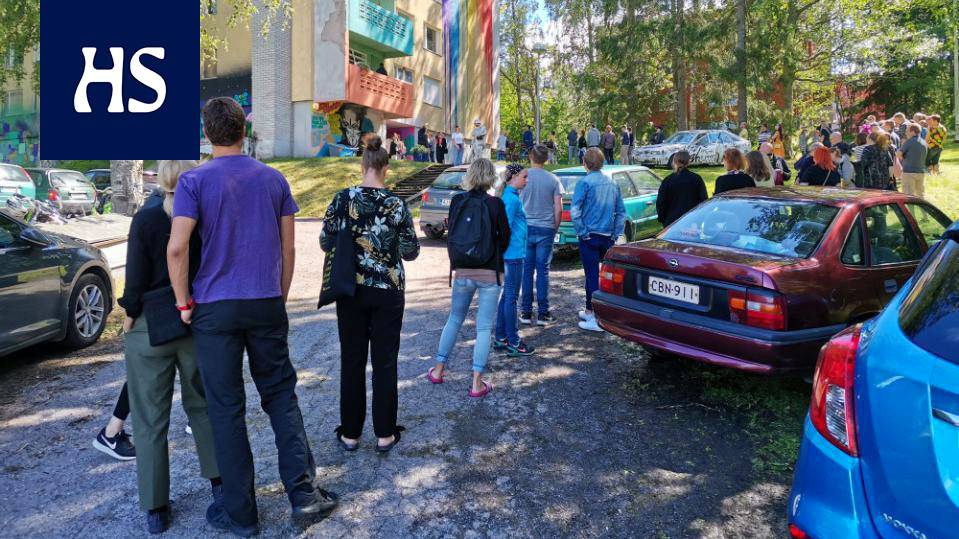 Winged by the success of the House of Arts, which became a summer 2020 phenomenon, the city of Kerava made a historic decision. In the future, the city will hand over its demolished, redundant properties for art use.

Last in the summer, Kerava attracted a huge crowd thanks to the popular Art House. About a hundred graffiti artists let go of their creativity and gave the demolished apartment building a new, more colorful life.

The city of Kerava hopes to see more similar art projects in the future. Therefore, on Monday, May 3, the city government made a decision to begin systematically handing over its demolished or useless properties for art use in the future. The decision was adopted unanimously.

Chairman of the Kerava City Council Samuli Isolan according to it, the issue has been discussed for a long time, but the huge success of the House of Arts acted as a catalyst.

“It came as a bit of a surprise to all of us and tells us that there is really a need for something like this beneath the surface. Let’s know this is a great thing. But the fact that it’s such a big deal that people come here by taxi from somewhere else in Finland, yes, it says that we are on the verge of something bigger, ”says Isola.

Read more: The demolished apartment building, which has become a phenomenon, will be reopened – About 70 artists can do “just what they want” for the house

“The idea is to find new targets in the years to come from now on. Some may be popups that come pretty quickly to some state, others may be longer lasting. Now it has been pretty much a painting thing, but there could also be other cultures and different forms of art involved. The fire of doing is the most important thing. ”

The properties are offered to the city’s own active demolition art community as well as to other artists from other parts of Finland.

“No such decisions have been made in any city in Finland so far.”

Idea originally came from the primus motor of the Kerava demolition art community, a graffiti artist From Jouni Väänänen. Väänänen, who also works as the artistic director of a project called Demolition Art, says that the decision made by Kerava on Monday has been pursued for five years.

“Yes, it became a solemn feeling. For a long time, work has been done in Demolition Art to make the course turn around and people to see the potential of demolition properties. This is a strong signal that we are heading towards it. It feels good that our work has not been in vain. ”

Keravan According to Väänänen, the decision is the first of its kind.

“So far no decisions have been made in any city in Finland that Kerava will open the game here. My own expectation is that this will be a more widespread model in Finland. ”

The expectation is based on the fact that Demolition Art alone is constantly receiving contacts all over Finland.

“We want to pilot art projects to any city at any time. The contacts that come to us have to be just a scratch on the surface of what is really going on. Concretely, even today, these things are being done elsewhere inspired by us. ”

In Crimea, Klimkin's hopes for the return of the peninsula were considered self-deception

Castillo: Regression of the ’60s?