HS Järvenpää The cyclist’s death hit the neighborhood on his toes: statues dressed in attention vests began to appear on the road described as the “Acceleration Track” 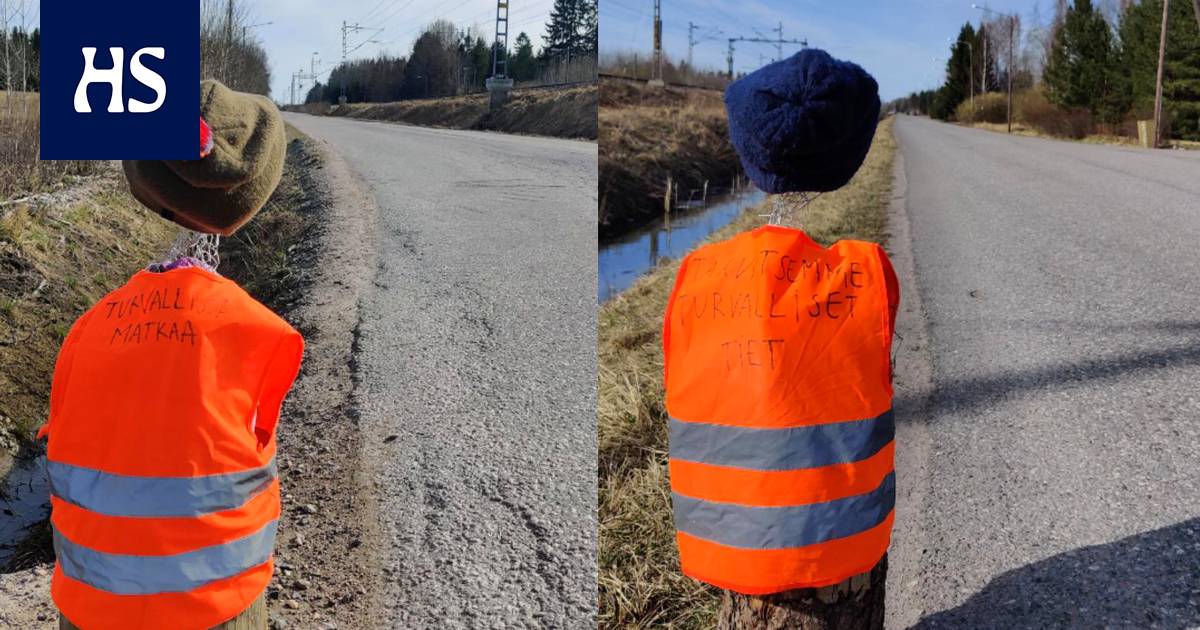 On Monday, there was an accident in Järvenpää that frightened the neighborhood. They demanded that the city take action to improve road safety.

Cyclist died on Monday in a car accident on Horsmatie in Järvenpää. Local residents say they have long been concerned about road safety and have given feedback to the city several times.

The answer has always been the same: the matter is known and a solution is being planned, but in practice it would happen in a few years at the earliest.

After an accident on Monday on a local Facebook group Good grows on Ristinumme it was decided to take action itself.

Residents have tuned their own “statues” dressed in attention vests. They are designed to make motorists slow down and wake up decision-makers to urgently promote safer light traffic routes in the area.

There are currently seven attention vest characters, but more are planned.

Read more: The cyclist died in Järvenpää in a collision with a motorcycle

“It’s not been an awful long time since someone pulled straight into the ditch there. We are kind of afraid of the worst, but hoped it wouldn’t happen. ”

According to the residents interviewed by HS, Horsmatie is known on both the Kerava and Järvenpää side as a good “acceleration road” where both cars and mopeds crash.

The horsmatie is connected by three crossroads, all of which have an equal intersection. If the driver driving north on Horsmatie is not aware of this, dangerous situations can easily arise, especially at speeding.

There are also a lot of walkers and cyclists on the road.

Several residents have contacted the city on the matter. According to Salo, the matter was raised publicly already three years ago.

A similar answer has always been received from the city: something will be done about it, but first we expect the new master plan to be approved, among other things. In a reply to Salo last autumn, the city says that for Horsmatie, measures could practically start in 2025 at the earliest.

However, local residents think that is not enough. The situation is acute now, and Salo has a proposal.

“The very first thing Horsmatie should do is get some kind of slowdowns. It could really limit speeds on that road. ”

The city of Järvenpää is aware of the problem.

“The city has previously received feedback on the perceived insecurity of Horsmatie, especially with regard to schoolchildren traveling from Ristinummi to Kyrölä. With this very nasty accident, more feedback has been received than before, ”says the city’s traffic engineer. Timi Veikkolainen by email.

According to Veikkolainen, after the accident, the city has received about 15–20 contacts related to the road in question.

In the future, Horsmatie is to be converted into a light traffic route.

“The accident does not directly affect the timing of these issues, but in urban development we will go into detail about the possibilities for a safer pedestrian and cycling connection from Ristinumme towards the city center.”