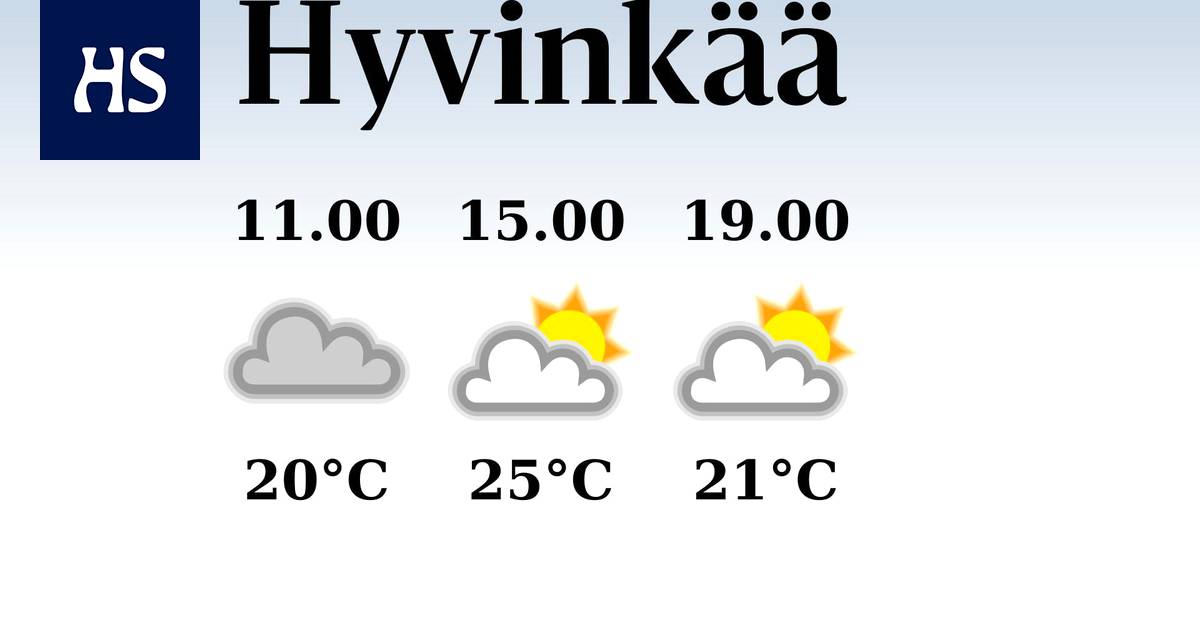 In the afternoon Hyvinkää is expected to have slightly warmer weather than yesterday.

The Finnish Meteorological Institute predicts that at three o’clock the temperature will be 25 degrees Celsius, compared to 23 degrees at the same time yesterday. Due to wind or humidity, the temperature feels a little warmer. The highest temperature of the day is 25 degrees and the lowest 16 degrees, the weather forecast estimates.

The chance of rain is moderate in the afternoon and evening. In the morning from 7 to 11 o’clock the probability of rain is on average 20 per cent, in the afternoon between twelve and five o’clock 38 per cent and in the evening between six and eleven o’clock 32 per cent.

See the rain radar image for more information on rainfall.

The text has been produced programmatically on the basis of data from the Finnish Meteorological Institute.