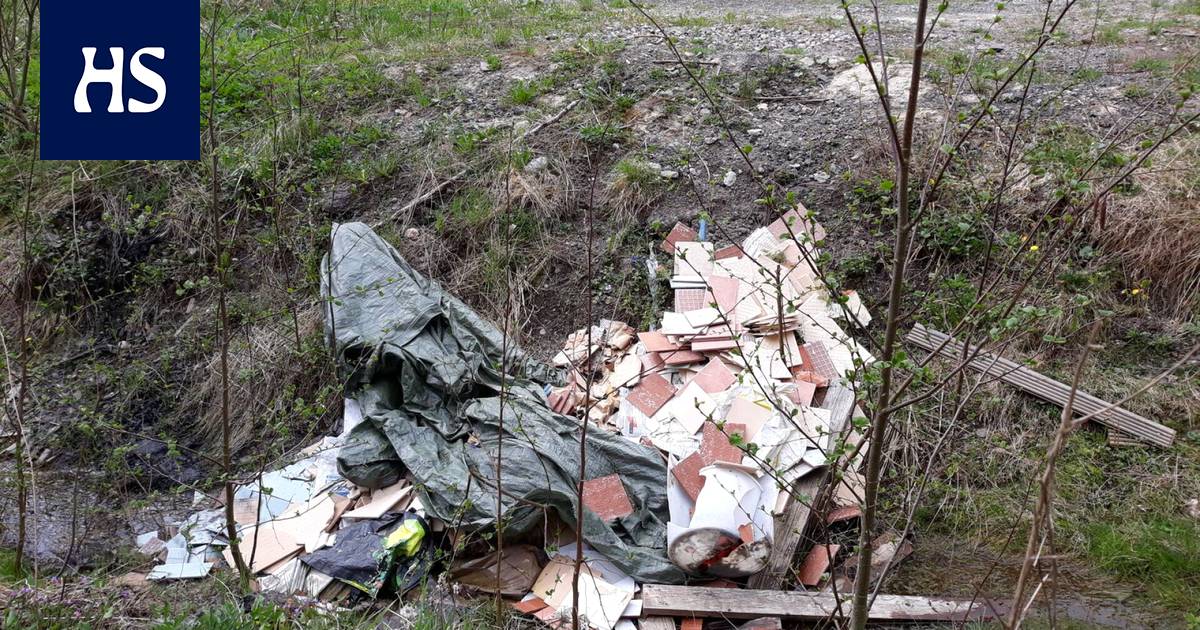 The corona period turned the amount of waste thrown into nature into a small increase in Hyvinkää. Hazardous waste dumped into groundwater can, in the worst case, pollute the water.

Pushchair, armchair, car scrap and vague liquid in canisters. All in all, the most likely dangerous coolant.

Such miserable prospects are often encountered by the environmental inspector in his work.

“It’s a little depressing. On the other hand, in this work you know that you should be prepared for anything. Unfortunately, I get used to these things as well, ”describes the City of Hyvinkää’s environmental inspector Heta Narumo.

At the beginning of the mentioned sight is an example of a waste site notified to the city of Hyvinkää. It was a roadside landfill in Hyvinkää, close to the Tuusula border. It was located along a forest road deviating from the village road, quite close to the road. The area was quiet and sparsely populated.

“This is very typical of these roadside landfills. They are easy enough to reach, but also far enough away. ”

Narumo has noticed that many residents of private roads have blocked you with stones, for example. If there are no obstacles, the consequences are visible.

“The reason is quite obviously this, because waste easily appears there.”

Corona time has brought a nasty twist to littering. The city of Hyvinkää received more than 40 notifications during 2020.

“This is not a new problem. These have been found before. But compared to the previous year, a small increase is unfortunately noticeable. ”

The most typical waste that is illegally thrown at the roadside is a variety of furniture. Nature also shows that many seem to have renovated their homes and cottages recently.

“Maybe we’re living some kind of renovation boom and it shows up in waste management because renovation waste has appeared here and there.”

Among other things, paints and television were found in nature in Hyvinkää. Picture: The city of Hyvinkää

“There is no big difference, so there are similar problems elsewhere. But maybe this kind of transit traffic is somewhat visible in Hyvinkää. Of all this, you probably can’t just blame the people of Hinkinkää, ”Narumo ponders.

However, he emphasizes that this is his own assessment. Waste dumpers are less likely to be caught and therefore not reassured.

Where can waste be taken to Hyvinkää?

Although roadside dumps can be found all over the country, especially in Hyvinkää they can be particularly harmful. There are several groundwater areas in Hyvinkää.

For example, liquid hazardous waste can easily pass through soil layers. At worst, this could cause local groundwater pollution.

“For example, even a small concentration of oil spoils the soil and groundwater at least the taste and smell. When it gets into streams or a pond, it can be deadly, especially for fish, ”says Narumo.

If for some reason the conservation arguments or the pollution of drinking water do not move, it is good to remember that litter increases public costs. If the money has to be spent on cleaning up the waste it is out of somewhere else.

Any form of litter is also against the Waste Act and can result in fines.