HS Helsinki On Equality Day, there was no flagging in the courtyard of Sompasaari – Then there was a confusion behind the scenes, which caused the entire flagpole to be removed with little noise. 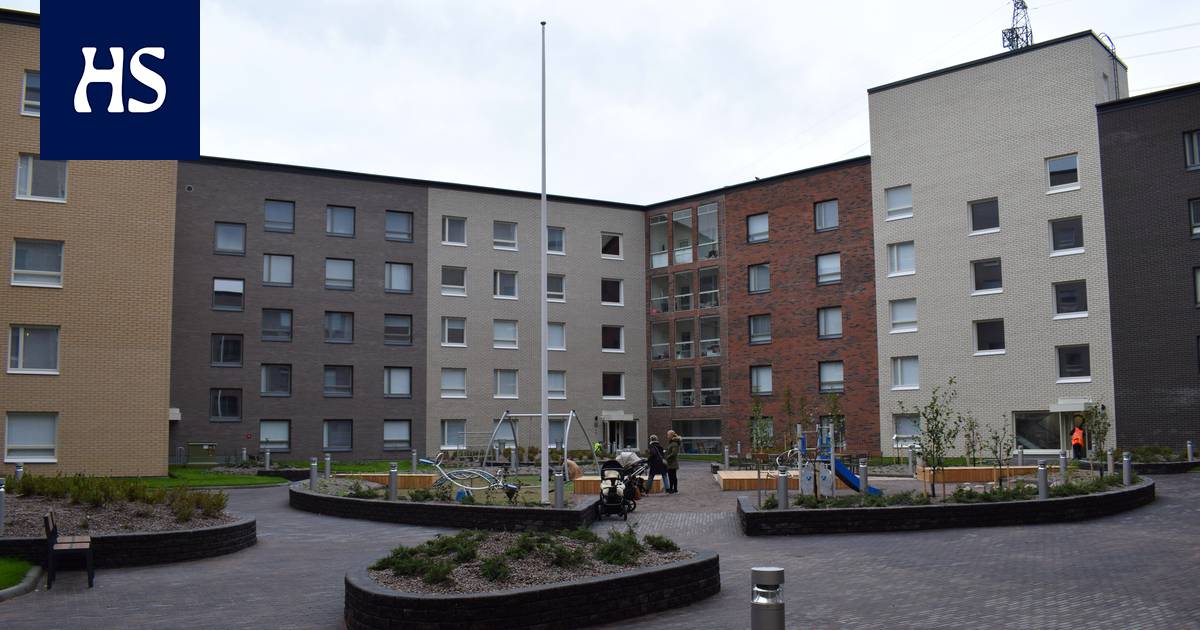 There is a Common Yard in Sompasaari, where a flagpole was accidentally installed. Residents are annoyed that the removal of the bar was not announced.

In Sompasaari residents have been amazed at the flagpole that has quietly disappeared from the common yard of the Gustaf Wilhelm block.

There are three apartment buildings in Sörnäinen around the common yard in the northern part of Sompasaari. The common yard is a separate plot intended for the use of all residents of the area.

“I noticed at the beginning of the year that the flagpole had been removed,” says Chairman of the Board of Fortuna Housing Company. Petteri Palmi.

Houses residents woke up to the disappearance of the flagpole when other yards were flagged in March Minna Canthin and in honor of Equality Day.

According to Palm, the problem was repeated in the Haavi block on the north side of the Kulosaarensilla in Kalasatama. The maintenance company had gone to remove the flagpoles from the yards.

“It doesn’t fit in my own world of thought that if there’s a Common Yard, then why couldn’t there be one common flagpole.”

Palm said the removal of the flagpole would have been perfectly understandable if it had been announced and had good reasons. He also understands that this is a separate plot.

Nonetheless, Palmi hopes the matter has been reported to residents who use the yard the most.

“It would have been appropriate for all manners to say that such a measure would be taken.”

Three The common company in the middle of the property is the service company Kalasatamanpalvelu 2 oy. Managing director Jari Paavilainen says the flagpole was originally erected in the yard by accident.

There are no flagpoles in the company’s other common yards, and no such plans are planned for future destinations.

“There hadn’t been a small dot in the big picture in the yard plans, and the contractor had then built a flagpole there. The error was subsequently noticed and corrected by removing the flagpole. ”

The flagpole had time to be in the yard for about half a year. According to Paavilainen, the services provided by the service company do not include taking care of the flagging needs of housing companies.

Condominiums can, if they wish, implement flagpoles on their own plots or on the walls of buildings. According to Petteri Palm, the Fortuna housing association has also discussed whether a flagpole should be installed on the wall of the building.

Petteri Palmi wonders if the three properties surrounding the yard could not take over the flagpole. According to Jari Paavilainen, this option has not been ruled out.

“The matter has not yet been addressed. The government must first outline how to act. ”

The Pope says they could have handled the communication of the case better.

“Maybe there’s been some kind of thought break because the houses have separate plots and we have our own plot,” he says.

“It’s a line drawn in the water that tells who and to whom. Perhaps it was not conceivable that this particular debugging should be specifically announced. ”

Meron in Israel: More than 30 people die in mass panic at the Jewish festival