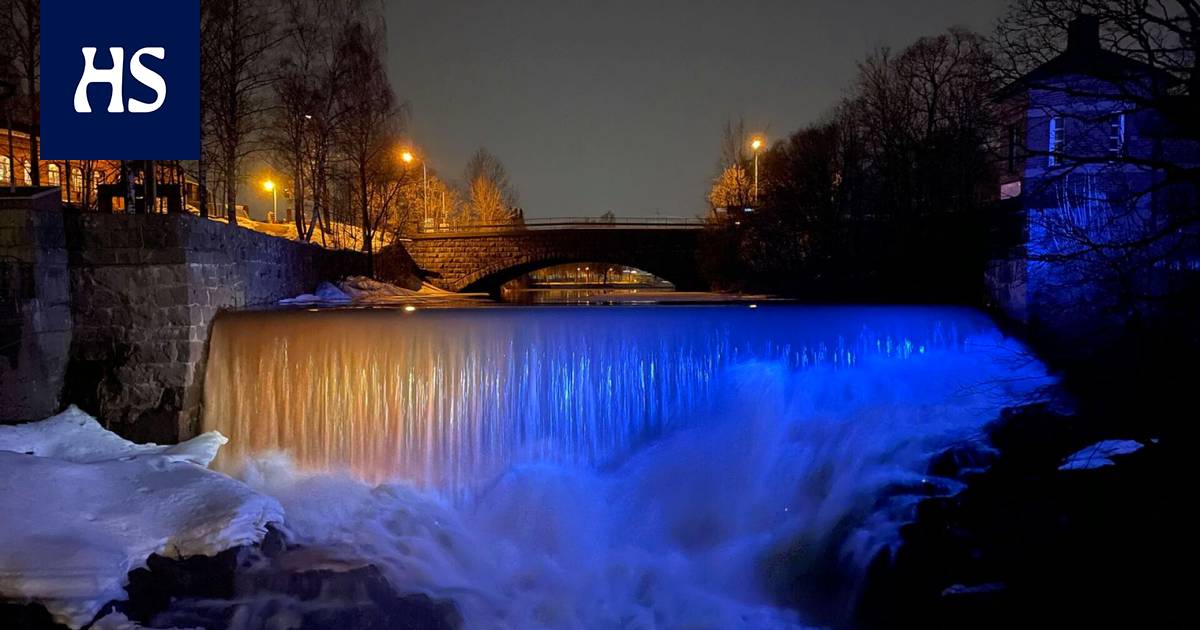 Helsinki dyed the Vanhankaupunginkoski dam with blue-yellow colors to show solidarity with Ukraine.

Old town rapids The dam in Helsinki is spectacularly lit in the colors of the Ukrainian flag.

The dam was illuminated on the initiative of a townsman. The lighting idea was immediately supported Pro Old Town-Gammelstaden from the Association.

Representative of the Association Harri Heikkilän According to Helsinki, it was easy to take the initiative, as the city has provided blue-yellow lighting to other destinations during the Ukrainian war.

According to Heikkilä, the waterfall is also visually impressive when illuminated in blue-yellow. In addition to the theme of solidarity with Ukraine, it has been an important factor in enlightenment.

Head of Unit Olli Markkanen According to Urban Technology, Helsinki implemented the lighting only three days after the initiative was taken.

The theme lights were turned on on March 11, and there is no hurry to remove the colors, Markkanen says.

“The situation in Ukraine is catastrophic and sad.”

According to him, the most important thing is that people find lighting.

Old town rapids the historic dam has been desired to be demolished.

Read more: Helsinki plans to demolish Vanhankaupunginkoski dam: “This will not be a simple process”

The solutions for the dam are difficult because they contrast the living conditions of endangered migratory fish with a site of cultural and historical value. The benefits of both have so far been difficult to achieve.

The city is next scheduled to find out what would result from the demolition of the dam.