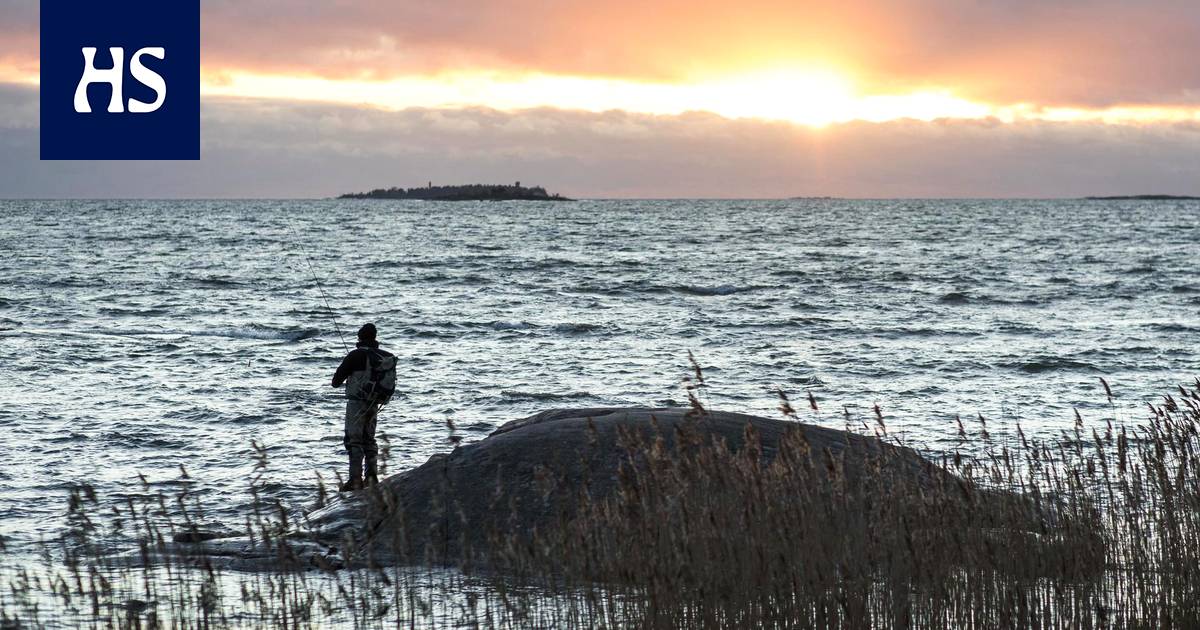 The name Ryssänkärki has a long history in Lauttasaari. Social media is now considering whether the name is no longer appropriate.

Lauttasaari There is a heated discussion in the Facebook group about place names in the area.

At the southern tip of Vattuniemi is an area commonly known as Ryssänkärje. The official name for the beach area would be Veijarivuorenpuisto, but in the mouths of the islanders the place often twists into “Ryssis.”

Among other things, the City of Helsinki’s website talks about the Ryssänkärje winter swimming place.

A ferry islander who started a Facebook conversation Anni Valkolan according to the name Ryssänkärki is racist and problematic and should no longer be used in colloquial language in the 2020s.

“In the Lauttasaari group there were a few posts that used the name Ryssänkärki from the place. I had a strong feeling that the matter needed to be brought up. Many might stop using the name if they understood how offensive it is, ”Valkola says.

He has closely followed the debate on racism and equality. According to Valkola, power structures are partly maintained precisely through language.

“It is in this kind of language that the basic security of minorities is shaken. Someone may find the name Ryssänkärki really distressing. ”

The discussion opened by Valkola has led to hundreds of comments. Some commentators fully agree that the name Ryssänkärki should no longer be used, but some feel that it is unnecessary to change the old name.

Why the area is called Ryssänkärje?

Because the Russians have a history on the peninsula.

Lauttasaari active and local historian Ville Elomaa says that the Russians built fortifications on the southern tip of Vattuniemi in the 19th century.

“The first fortifications were made by Finns during the Crimean War in the 1850s. After that, the Russians fortified the area, ”says Elomaa.

In the late 19th century, Finland was part of Russia, which was preparing for enemies from the sea. Lauttasaari’s artillery batteries were part of a larger line of defense, which also included Suomenlinna.

The preparedness of the 1880s was largely related to the Pandjeh crisis, in which Britain and Russia threatened each other after Russia took over Pandjeh from British-protected Afghanistan.

Russia invested in military bases in these areas.

At the same time, the fortification areas were closed to the ferry islanders and the control of the Russian army was tightened. Construction activities in the area were also restricted.

For a while, the whole of Vattuniemi was called Ryssänniemi, even in official maps.

Eventually There was little need for Lauttasaari fortresses.

World War I swept across the Baltic Sea, fortifications became redundant and collapsed.

In 1927, the Finnish state handed over the areas expropriated by Russia to the city of Helsinki, which converted the areas for recreational use.

The islands of Melk and Rysäkari remained closed islands even after that.

Ville Eloman to the ear Ryssänkari does not shiver as racist.

“I don’t know if there was anything negative about the name at all. The area was Russian, so the name described it. ”

According to Elomaa, Russians have been spoken of in general at the time with the word ryy, meaning nothing negative.

Domestic the nominee for the Center for Languages, Kotus Ulla Onkamo has already heard of the conversation around the name Ryssänkärki.

Onkamo does not take a direct position on whether the name is racist or not, but he would urge the people of Lauttasaari and the city of Helsinki to consider whether it is correct to call the region Ryssänkärje.

“When there are alternatives to such a name, one might think about whether it is worth using those alternatives,” says Onkamo, referring to the official park name Veijarivuorenpuisto and the natural name Vattuniemi.

“All place names are products of their time. When a name is born, the expression may not have been offensive, ”he says.

“In modern language, the expression in Russian is derogatory.”

According to Onkamo, the local language community plays a key role in changing the nomenclature of natural places. The authorities do not have the power to change the name of a natural site.

The history of the Lauttasaari Foundation was also used as a source in the story.

Josetty Hurtado greets Magaly Medina on her birthday: “I admire you”