HS-Gallup | The majority of Finns would still vote in favor of EU membership, but there is no desire to expand the Union’s competence 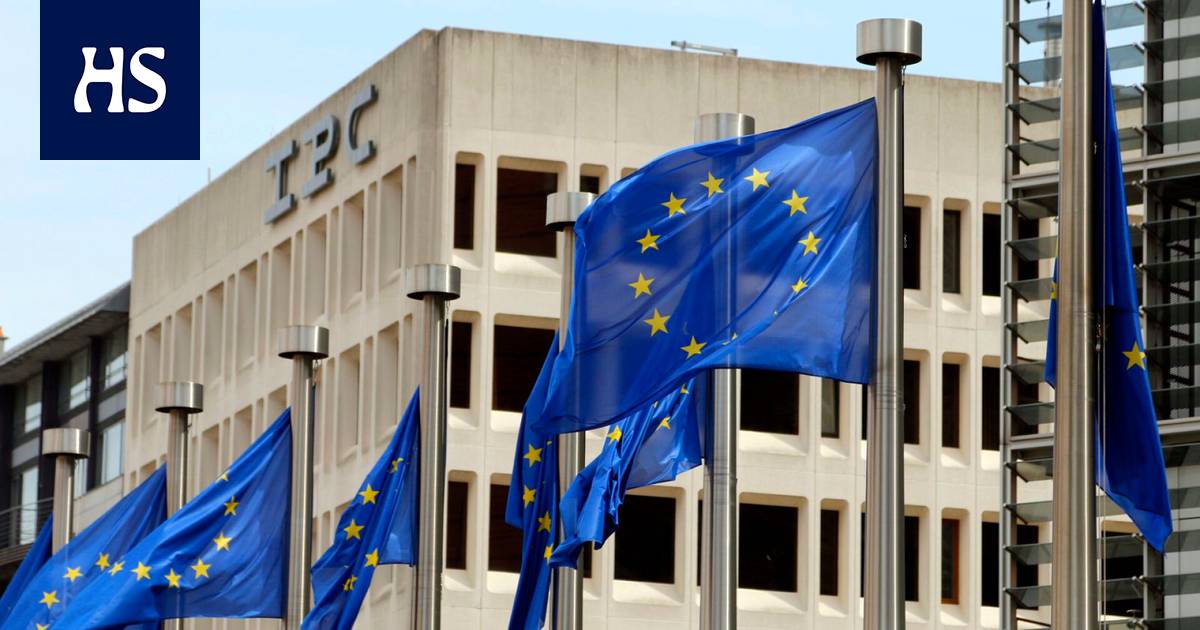 Almost 70 per cent believe that the single currency, the euro, has been more beneficial than detrimental to Finland, according to the recent HS-Gallup.

Finns the majority would still vote in favor of Finland’s EU membership. The majority also believes that the single currency, the euro, is more of a benefit to Finland than a disadvantage.

Among other things, this information emerges from a recent HS poll. According to the survey, 62% of respondents would vote in favor of EU membership and 24% against. 14% could not say their position.

People over 60 and under 30 were more positive about membership than other age groups. The most critical were those aged 40–49. Despite this, a majority of them would also vote in favor of Finland’s EU membership.

By party, more than 80% of supporters of the Greens, the Coalition Party and the Social Democrats would support EU membership. For the Left Alliance, the reading was 72 per cent and for the center 69 per cent.

Only 18 per cent of supporters of basic Finns would vote in favor of Finland’s membership. 68 percent of them would vote for membership no.

Director of Research at Kantar TNS, which compiled the questionnaire for HS Sakari Nurmela notes that Finns are often not among the most positive about the EU in Eurobarometer surveys, for example. The survey shows that there is still majority support for membership in Finland as well.

“However, Finns have the idea that the EU has brought more good than bad, this is evident from this,” Nurmela sums up.

In the survey in addition to the issue of EU membership, three EU-related statements were made on which respondents were asked to comment.

68 per cent of the respondents fully or somewhat agreed that the single currency, the euro, is more beneficial or detrimental to Finland.

Roughly the same proportion did not want a wider transfer of competences to the Union. 66% completely or somewhat disagreed with the statement that more EU issues should be decided at European level and not at Finnish level.

At the same time, a meager majority would be prepared to support weaker EU partners.

53% of respondents fully or somewhat agreed with the statement that it is right that richer EU countries support regions of the Union that are doing worse.

By party when viewed, there were differences in attitudes. The clearest difference was between basic Finns and supporters of other major parties. Basic Finns took a more negative view of the EU across the board than others.

Support for the single currency, the euro, was strongest in the Coalition Party and the Social Democrats. More than 80 percent of the supporters of these parties agreed that the euro has been more beneficial to Finland.

Basic Finns were most critical of the benefits of the euro. Still, 39 percent of them agreed with the statement, either somewhat or completely.

Social Democrat, the Greens and the Allies were most clearly in favor of rich EU countries helping economically tighter regions. More than 70 percent of the respondents among the supporters of these parties thought so. 18 per cent of basic Finns agreed with the statement.

As for the transfer of competences to the EU, support for it was strongest in the Greens. 43% of them somewhat or completely agreed with the statement that more issues should be decided at European level and not at Finnish level.

■ Kantar TNS carried out a study commissioned by Helsingin Sanomat.

■ The research material was compiled in the Gallup Channel internet panel on 18–23. June 2021.

■ The margin of error of the survey results is about 3.0 percentage points in the direction of the entire data.

■ The study population represents the population aged 18-79 in our country, excluding those living in the province of Åland.

■ The question on EU membership was worded as follows: “Finland became a member of the European Union in 1995. Before that (October 1994) a referendum was held. A majority, or 56.9 per cent, voted in favor of accession. for or against it? “ Babylon’s Fall: what it is, how you can try it and everything you need to know | LevelUp