HS Espoo | What is it like to live in the workplace? Eero Mäkinen lived in the iconic office tower for 28 years, and from the ghostly silence he saw a huge change in the environment 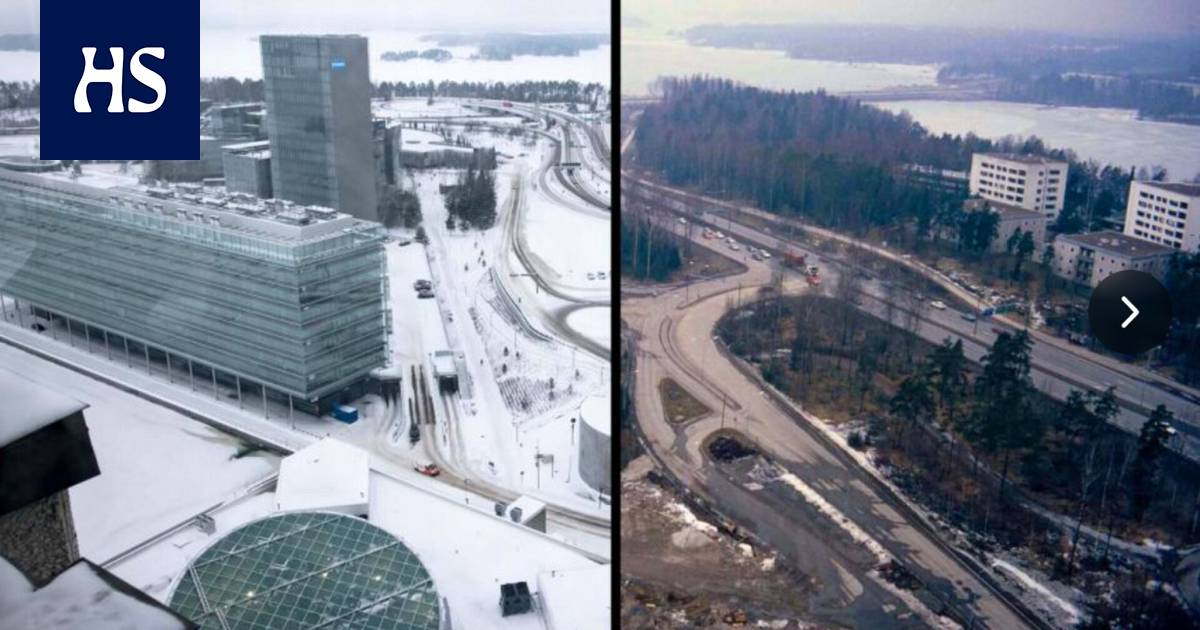 When Neste’s office was completed in the fall of 1976, and it broke out in its sublime solitude in a bay in the middle of a forest strip.

The tower standing alone in Keilaniemi was renamed Raade tooth, because Neste’s CEO was Uolevi Raade.

Keilaniemi in January 1976. There were workers’ apartments on the seaward side of the shallow part of Neste’s head office. On the right tip of the peninsula is the State Education Center, which was originally a KOP holiday village. There is currently a restaurant on site. Picture: Hannu Lindroos

Neste’s new headquarters were written in Helsingin Sanomat on October 7, 1976.

At that time, there were boats and in the woods on the reedy shores of Keilalahti homeless huts. Hidden at the top of Keilaniemi was the State Education Center, which was originally a holiday village built by the National Equity Bank for its staff.

In less than 50 years the landscape has completely changed. Now the silhouette of Keilaniemi is drawn by the business city of glass-walled tower buildings: Fortum, Microsoft, Tieto-Evry, Kone, Rovio, Valmet, Neste …

Raaden tooth new host is a German real estate giant DWS. Renovated a couple of years ago, the tower has been named Accountor Tower after its main tenant, a company specializing in e-finance.

Fortumin property manager Eero Mäkinen, 58, has been following the transformation of the headland into a hectic center of business life from the fence: he lived in the Neste Tower for 28 years.

“Neste had an open position as a maintenance man-foreman. I searched, got and lived here, ”says Mäkinen.

He moved to the shallow part of Neste’s tower, which housed a terraced house of eight employees. All the apartments were completely similar in floor plan, and each had a view of the sea.

“The environment was wooded, as if the country had been inhabited,” Mäkinen describes in the early 1990s in Keilaniemi.

It felt comfortable, because he was used to being close to nature when he came from Sysma.

“If Tapiola was park-like then, then this area was quite natural,” recalls Mäkinen, who lived in Neste’s tower from 1990 to 2018.

“There was a log sauna building next to Microsoft’s office building.”

“If Tapiola was park-like then, this area was quite natural.”

Eero Mäkinen lived and worked for 28 years at Neste’s headquarters and later at Fortum’s head office. Fortum sold a house called Raade’s tooth to Regenero and moved to new premises in Keilaniemi at the turn of 2017–2018. From the top of Raade’s tooth, Mäkinen has followed the dense and tall construction of the area. Picture: Mika Ranta / HS

On weekdays, employees filled the office space, in the evenings and on weekends in and around the big house it was even ghostly quiet.

As a result, the community of those who lived in Keilaniemi became close, and a lot of free time was spent with other residents. In the summer, boating from the nearby beach took place, and at the turn of the year, rockets were fired at the beach.

Later, when Mäkinen and his wife were the only permanent residents of the tower, they used to go to the water roof of the tower on New Year’s Eve.

“Rockets from Helsinki, Espoo and Vantaa were visible from there,” he pointed out from the terrace of the Lucy in the Sky restaurant on the top floor of the tower.

Sometimes Mäkinen set out to take guests interested in the scenery up a sled, following the tower wall.

“The basket resting on the wires was driven by the guides. Usually people stopped smiling in the middle, ”he says with a laugh.

Nokia had been looking for a headquarters building in Keilaniemi as early as the 1980s. The sauna building and the piers of the Keilalahti boat club got their passports when, after the town plan complaints, construction finally began in the mid-1990s.

Nokia headquarters Completion in 1997 was important for the concentration of headquarters in Keilaniemi. And not all the buildings in the area would be without the metro made by the Espoo Council in 2008 construction decision.

By April 1995, groundwork had begun at Nokia’s headquarters.

It was also significant for the construction of the area that in 2015 the Espoo delegates decided on Ring Road I covering In Keilaniemi. At the same time, it was decided that residential tower blocks could be built on the concrete deck.

In 2017 – about a month before Länsimetro started operating – in Keilaniemi at the Ring Road I tunnel site looked like this. Picture: Jukka Gröndahl / HS

Now Ring Road I runs underground and smaller streets lead to the parking caves connected to the office buildings. The Raide-Joker terminus is coming to the center of Keilaniemi.

If all the preliminary plans are implemented, in addition to the existing unfinished construction sites, they will also be started renew. Round-shaped high-rise residential buildings are planned near the Raide-Joker terminus under construction.

The construction company SRV originally designed it in Keilaniemi four round residential tower. Now it is planning to build two residential towers, but the company has been in trouble when the work at Red and Kalasatama was harder than expected. SRV has not made a final decision on the construction of the towers in Keilaniemi. In addition, the Norwegian company is looking for a hotel in the filling area of ​​the bay.

Also read: Espoo to build a new tower block town with sea baths on the border of Helsinki – “We haven’t had one like this in the moon”

An illustration of what it might look like in Keilaniemi in the future. The hotel planned for a bay in the filling country is not shown in the picture. Picture: ARKKITEHTITOIMISTO ARK OY

Extensive telecommuting, which began with the corona pandemic, may affect plans that have not been initiated. In the second week of January, individual people walked the streets of Keilaniemi and the large offices were almost empty due to the telework recommendation.

However, the seafront promenade is much more crowded in summer than in winter, and has attracted leisure businesses such as a bicycle repair shop and a floating water sports center with saunas.

Fortum sold its headquarters to the real estate development company Regenero in the fall of 2017. When the company decided to move to new premises, it also knew how to pack moving boxes for Mäkinen.

At first, the thought of moving away seemed mournful to Mäkinen, but in the end it was a relief. At the same time, the 24-hour on-call service ended, which required answering the phone whether it was a night or a weekend.

At times, Mäkinen had also felt that he lived on a giant construction site – and that is how it was in the turmoil of Keilaniemi.

Mäkinen understands that the city has wanted many companies in Keilaniemi whose tax revenues are of great importance to Espoo’s economy. However, building to his own taste has already been a little too tight – especially if even more tower blocks rise right next to his old home.

In addition to his current home in Lauttasaari, Mäkinen has recently been happy to work remotely in his detached house in Sysmä.

“Before Tapiola, it was called a garden city, but when you look at it from above, the name could be changed to a roof garden city, because nothing can grow on the ground.”

Also read: Men drank and took a sauna, women quietly served in the background – Keilaniemi shows how the colorful culture of the business world began to fade in the 1980s 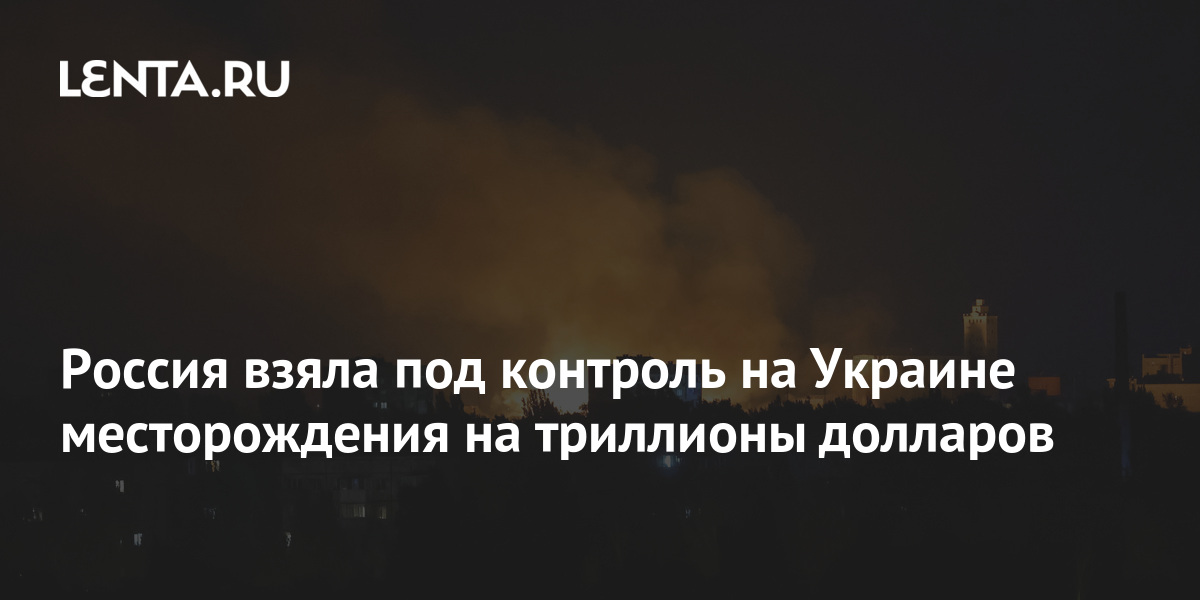 Whatever the virus brings us: 'You simply cannot continue with those tough lockdowns'