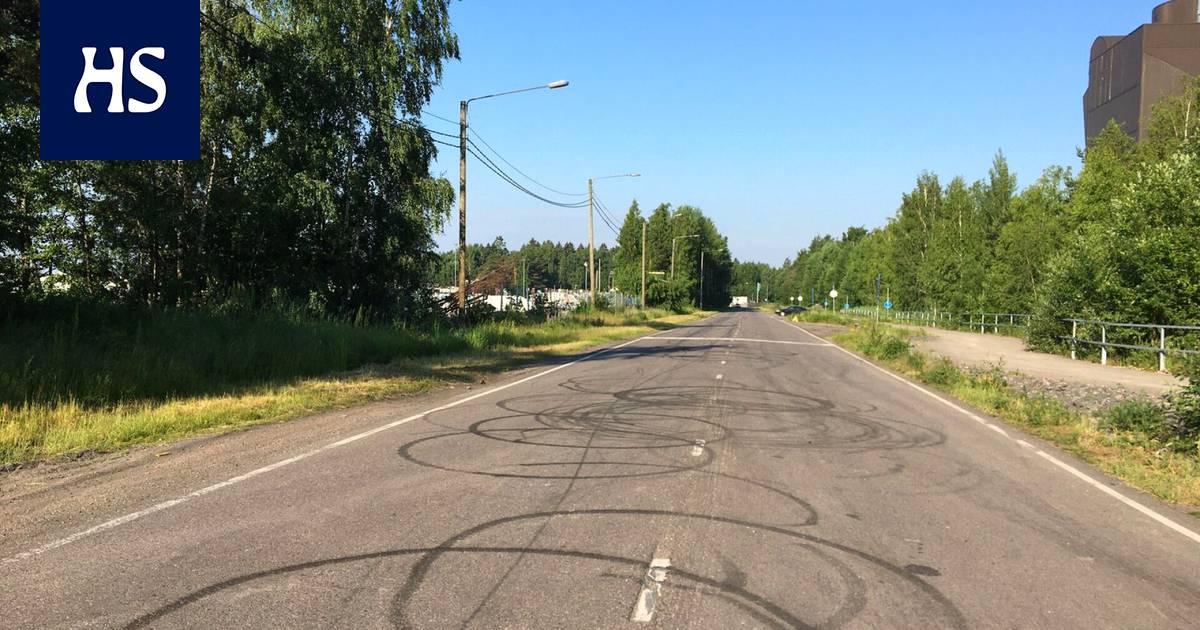 There have been fights in front of the Suomenoja power plant for decades. Now we are considering alternatives to stop the dangerous show-offs.

Is summer Friday evening, and the familiar commotion begins.

Sometimes even dozens of young people gather on their mopeds at the end of Hylkeenpyytäjäntie, on the stretch between the Suomenoja marina and the power plant.

Along the way, an almost every night show starts – at least this way during the summer. On the long straight, various acrobatic movements are performed on the back of a moped, show off, race and burn rubber. Sometimes the crawlers also spread onto the roads of nearby residential areas.

The “moped straight” in Finnoo has been known to the police for a long time.

“This is one of the long-term problem areas in the Espoo area. It’s been known as long as I’ve been a police officer in Espoo, and I started about 20 years ago,” says the inspector Hannu Kontola From the traffic unit of the West Uusimaa Police Department.

Show off on a moped is a popular pastime on summer evenings on Hylkeenpyytäjäntie. In the picture, two young people show off side by side at the end of June 2022. Picture: Jael Nyman HS

The neighborhood residents frequently call the emergency center about disturbing moped noise and dangerous-looking showing off and prancing around, and there are frequent requests for supervision from the police.

“This might even be the area in Espoo that receives the most calls on the subject. At least it is among the top three,” says Kontola.

According to Kontola, the police tries to respond to these reports as best they can.

“However, we had too little time to visit. You shouldn’t always refer to a lack of resources, but it would be nice if we could get more people to work and be able to react better.”

The site is visited regularly, but so far the police do not really have the means to deal with disruptive driving.

“When people call the emergency center and we go to the scene, rarely does anyone show off right then. Let’s clear the place, but when we leave, the moped riders will be there again in half an hour. It’s a kind of cat and mouse game that goes on with them.”

Those moving along the end of the sealer’s tails should exercise caution, because sometimes in the tracks of young people, in addition to various take-out food waste and energy drink cans, there are also broken glass and other sharp debris. The photo shows the Rantarait pedestrian crossing that runs parallel to Hylkeenpyytäjanti in front of the power plant. Picture: Jael Nyman HS

Now the police hope to get the problem under control with new solutions. There have been discussions with the city of Espoo about various options that could improve the situation.

“We have discussed, for example, whether it would be possible to have speed bumps or chicanes on the road, which would prevent rowing and showing off. Our work could also be facilitated by road signs stating that it is forbidden to ride a moped at a certain time of the day.”

Kontola is especially concerned that the situation has become more and more serious.

“Tricks and pranks and their idealization have increased recently. And now I’m talking specifically about young people. Of course, most of them behave, but some of them have increased this recklessness in traffic, and that is worrying.”

Situation also disturbs people other than the residents of the nearby area. Rantaraitti runs alongside the section of road in question, along which many cyclists, families with children and dog walkers pass every day. Especially the sound coming from mopeds tuned for animals and in poor condition is really strong.

“If mopeds had proper exhaust pipes, the problem would not be the same as it is now. Now the sound of tearing can be heard a couple of kilometers away. Especially if there are several moped riders, the noise is quite shocking, and I’m not at all surprised that people complain about it,” says Kontola.

Although you can often see dangerous situations and crashes on the road, according to Kontola, there are few actual accidents. Smaller falls are usually not reported to the police.

Read also: The name of the residential area is being deliberately faded in Espoo: Suomenoja, which caused confusion, is disappearing, because the Swedish alternative has been in use since the Middle Ages