HS Espoo | Two high school students ordered a bike from Britain and ice cream from Italy: Then the heat hit, and the duo began to forge an account 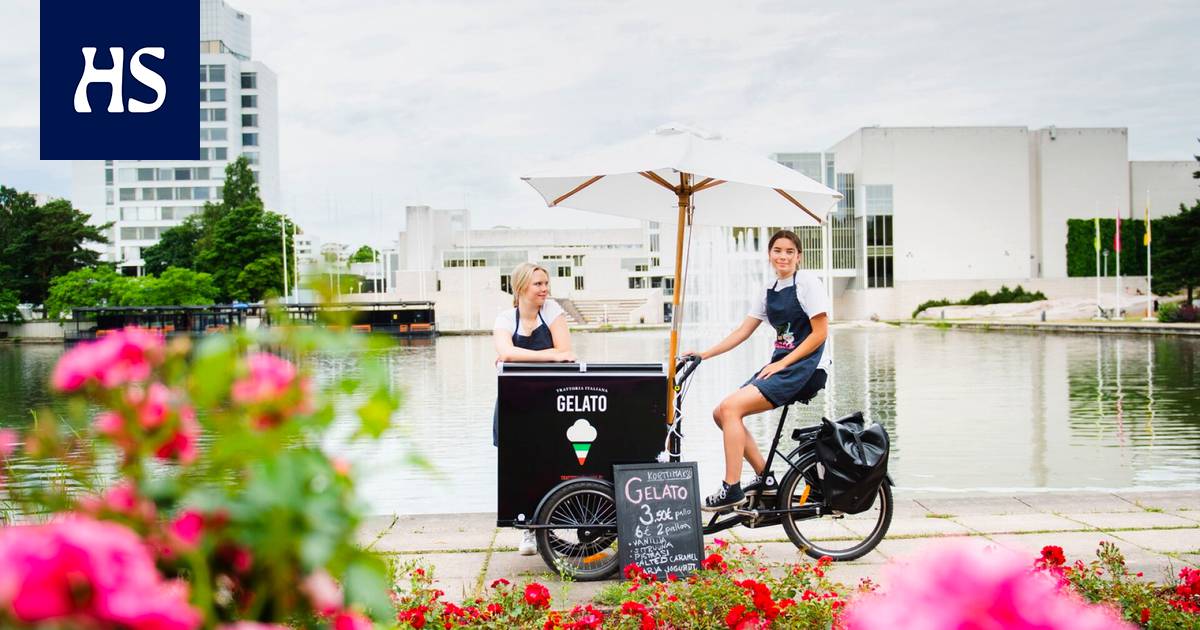 Gelato Gimmat, which has traveled around Espoo, sells Italian ice cream. It is backed by two tenacious high school students.

Thought assumed that what if you employed yourself for the summer. Could be both a boss and an employee, to try everything new; even learn on that side.

They have also been known as Gelato Gimmat since May, as they sell ice cream from the back of a bicycle around Espoo.

Initial impetus to start your own business seems to have arisen a year ago:

“Last year, we were developing the new concept of the importer Multicatering Oy, as we were interviewed in connection with it. At the same time, we got to know these gelatoes, ”says Karkkunen.

In addition to school work, the spring was spent getting acquainted with business matters. A suitable bike was found in Britain, the right gelato would of course come from Italy.

“We got really excited about trying, even though we didn’t know anything about it at first. We are still young and living at home, so safe money was not such an important thing,” says Parkkinen.

Young the parents of the entrepreneurs helped Gelato Gimmo in the early days, as there was a lot to learn in the corporate clubs. Insurance matters and tax issues had to be clarified, a marketing authorization had to be applied for and hygiene passports had to be completed.

“The groundwork was harder than we thought,” Karkkunen admits.

But during the summer, things have started to roll.

The ice cream bike has increasingly found outlets where customers run in a steady stream. The summer has been ideal for ice cream sales due to the weather, and the feedback has been positive.

“Even after the initial investments, we get a good return,” says Parkkinen.

Bicycles have been kept by entrepreneurs in the parents ’yard. The freezer built into the bike needs electricity for the night. Picture: Emilia Kangasluoma / HS

Now the ice cream bike is parked on the edge of Tapiola’s central pool.

According to gelato entrepreneurs, the most popular flavors during the summer have been pistachio, lemon and salty caramel.

“We have varied the selection every week,” says Karkkunen.

What entrepreneurship has been the best?

“Here we have learned to understand the amount and anticipation of expenses. This has been full-time learning, ”says Karkkunen.

“We are both really social, so in this job we have been able to meet people and talk to them,” Parkkinen says.

Plans for next summer are not yet clear, but one thing is for sure: Entrepreneurial experience will certainly be useful in the summer job market.