HS Espoo | Johan Seger, 14, who left Vaille for summer jobs, built a job for himself – Now he makes money by wandering along the shores of Espoo 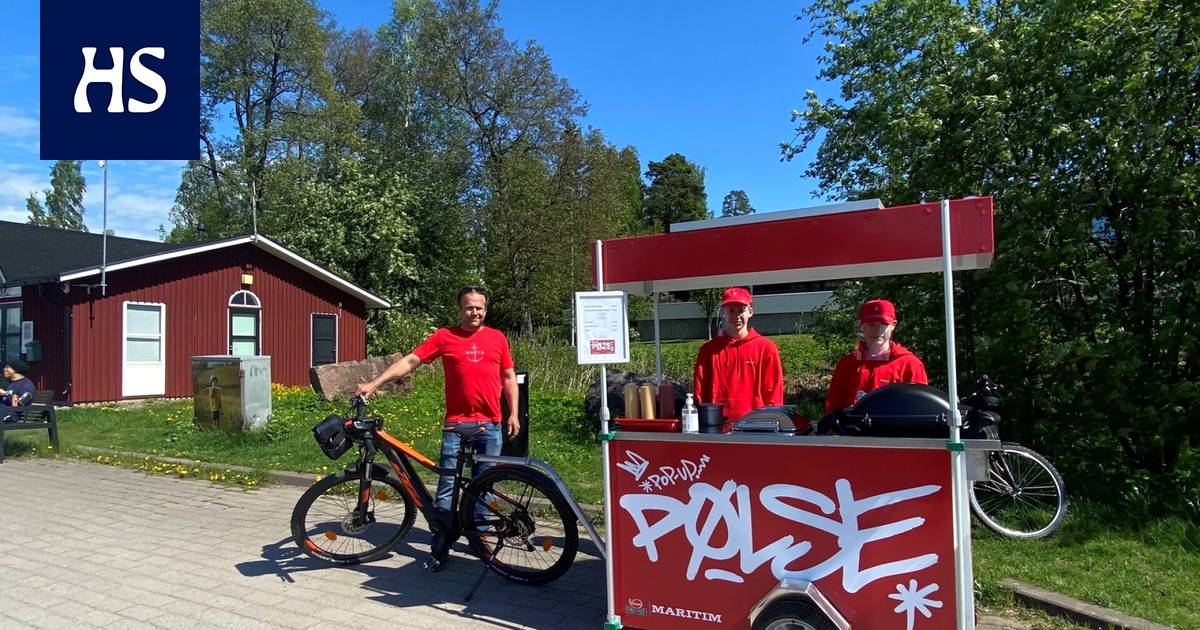 There are tens of thousands less summer jobs available this year than usual. 14-year-old Johan Seger works during the summer in a food stall he built with his father.

When Johan Seger, 14, passed a hygiene passport at school in the spring, he wanted to get use to it. However, due to the poor summer work situation, finding jobs in the field seemed impossible.

“I went looking for summer jobs a little late. There were terribly no vacancies, ”says Seger.

Father Ville Seger suggested that they build their own small food stall. Johan Seger got excited about the idea. His cousins ​​also joined the project.

Now an electric wheel-driven red stall moves from place to place on the Espoo waterfront track. Sometimes you can come across it in Haukilahti, sometimes near the beaches of Matinkylä and Westend.

A booth called Pop up Pølse offers hodars, soda and whiskey. However, there is no Danish pølsemakkar between the hodars, as the name suggests.

“It was not available from Finland, and it should have been ordered from Denmark one container at a time. In between is Wotkins’ Sörka sausage, ”says Ville Seger.

Johan Seger thinks the work has been interesting and fun. All kinds of customers visit the stall, and the feedback is mostly positive.

Coronavirus epidemic has hit summer jobs. Although there are more summer jobs available this year than last year, there are still tens of thousands less than normal.

Johan Seger thinks working in the stall has been interesting. He has no previous jobs, but he could be interested in the work of a chef.

“At the stall, you learn how to receive customers and use checkout. It’s a good work experience. ”

In addition to the hygiene passport, permits had to be obtained for the food stall from the food authorities and the City of Espoo.

A person under the age of 15 may work a maximum of six hours and a half a day during the summer. So Johan Seger also has time to vacation.

“There will be a lot of boating in the summer. I also have my own little dinghy that we ride with friends. ”

The pop up food cart runs on an electric bike. Picture: Ville Seger

Segereiden According to the food stall, it has been well received in Espoo and has received positive feedback. Even the weather has favored young sellers.

“Fortunately, there’s a canopy in the stall, so I’m not burned,” Johan Seger says.

Warm weather is suitable for working outdoors, but then people often prefer ice creams, for example, instead of hodars. In any case, according to Ville Seger, the deal has gone well.

Young salespeople have liked the work so it is planned to continue it next year as well. The idea is to build one or two more carts.

“The electric wheel drive cart is completely ecological. The refrigerator works with solar panels and the gas is used to heat the sausages and grill the rolls, ”says Ville Seger.