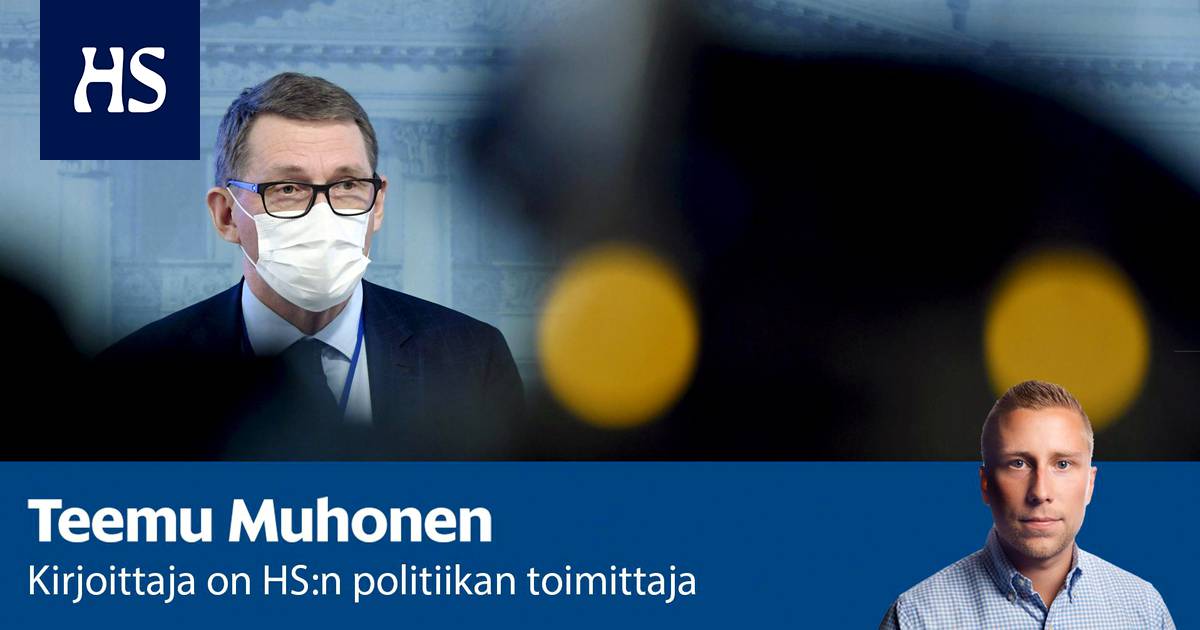 According to a calculation made by the Ministry of Finance, the EU’s recovery package would bring a small boost to Finland’s economic growth for a few years, but already in 2026 GDP would have returned to its basic trajectory. The rest would be mostly a decline.

Government released a preliminary on Monday their plans For the use of grants from the EU Recovery Package. According to the current estimate, the net contributor Finland will receive EUR 2.7 billion from the package in 2021–2023, and Finland’s contribution will be EUR 6.6 billion in 2028–2058.

Parliament has not yet finally approved the recovery package.

The Treasury minister Matti Vanhanen (middle) said which the government estimates it will achieve with the new € 2.1 billion from the new Recovery and Recovery Facility. Finland’s annual greenhouse gas emissions will decrease by six per cent, and the package will increase GDP by about 0.5 percentage points in 2021–2023, Vanhanen said.

The Ministry of Finance (MoF) to do the calculations It is apparent that the half-percentage point growth spurt spread over three years and then evaporate almost completely.

Thanks to the recovery package, the Finnish economy is calculated to grow by 2.8 per cent instead of 2.5 per cent this year. In the next two years, growth will now jump upwards by only about one percentage point a tenth of the baseline.

“Thereafter, GDP growth would slow from the baseline path as subsidies decline so that GDP would return to baseline levels in 2026,” the government’s plan says.

In other words, in 2026, Finland’s gross domestic product, according to the Ministry of Foreign Affairs’ calculations, would be as large as it would be without the entire recovery instrument. However, Finland’s entire contribution of EUR 6.6 billion from loans taken by the EU would remain.

Specialist Antti Kekäläinen The Ministry of Finance states that the amount of subsidies received by Finland in relation to GDP is quite modest compared to many other countries.

In its calculations, the Ministry of Foreign Affairs has assumed that the recovery will work effectively in the short term: grants of EUR 2.1 billion from the Recovery and Recovery Facility will increase Finland’s GDP by EUR 2.1 billion, ie the euro would not be wasted. However, two billion is a relatively small amount for the Finnish economy in three years.

The Ministry has also calculated that the revival of other countries will improve Finland’s demand for communications so that it would increase GDP by another about two billion euros over three years.

“Based on the calculations, the direct effects of the recovery and recovery support instrument on Finland’s gross domestic product through the growth of foreign trade are quite small,” the government’s plan summarizes.

What if there was no recovery package and Finland instead took out a EUR 6.6 billion loan from the market to revive its own economy? Using the Ministry of Finance’s rough calculation assumptions, it would bring the Finnish economy almost one and a half times the growth peak compared to the recovery package.

Finland seeks to contribute, for example, to the green transition and productivity improvements through grants.

According to the government’s preliminary plan, the recovery package could increase potential output growth by 0.1% per year in the medium term.

In the long run, the effects of the recovery package on the sustainability of Finland’s public finances depend on the effects of investments and support measures on overall productivity and employment.

“The stimulus measures taken to support short-term growth will also improve production potential in the long run so that the temporary rise in unemployment and the resulting burden on public finances do not remain permanent,” the plan estimates.

However, the government believes that the impact will be small:

“It can be considered very unlikely that the stimulus measures now planned would lead to such a significant increase in productivity and employment that the sustainability of public finances would be substantially improved.”

Based on the government’s own plan, it cannot be said that the EU recovery package would at least bring significant benefits to the Finnish economy.