HS analysis Police did not tell the truth about George Floyd’s death, but the 17-year-old girl changed everything – The murder sentence surprised many and raised hope 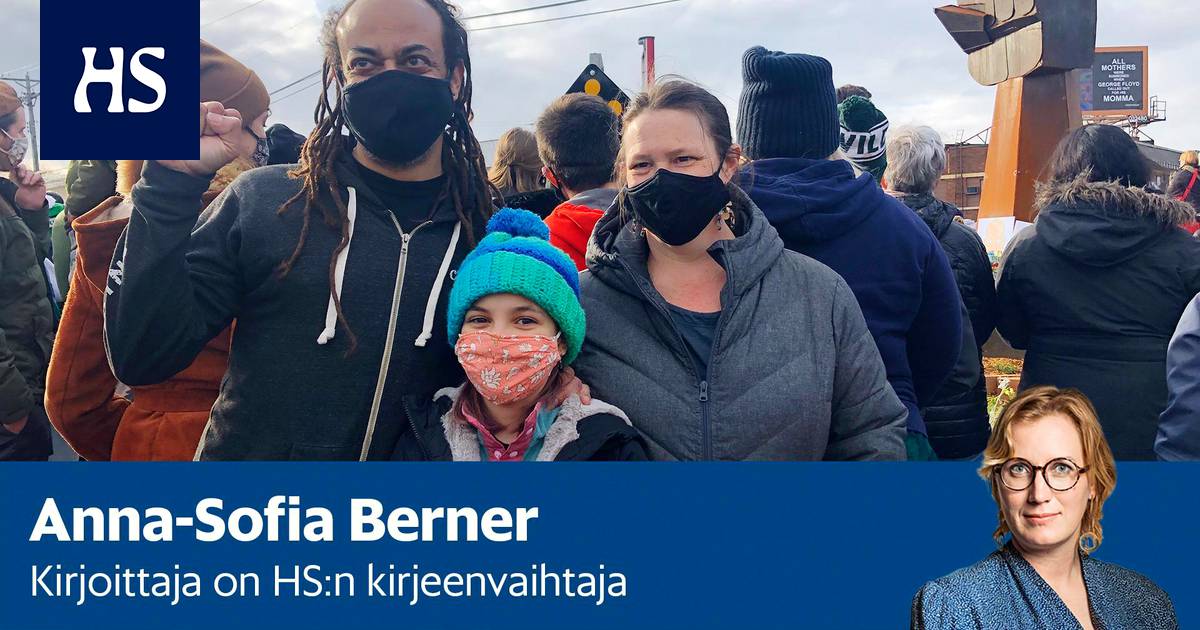 All could easily have gone otherwise.

The man dies in an encounter with the police after an attack of illness. So the Minneapolis Police Department headed out its bulletin on May 26, 2020. The text said police had caught the opposing man in handcuffs when they discovered he was suffering from a seizure and called an ambulance that took him to the hospital. There the man died.

But it didn’t work out that way.

The man was George Floyd. He died because of police Derek Chauvin beat him to death. On Tuesday, a historic court ruling was obtained. Chauvin was found guilty of all three crimes he was charged with. In Finland, the verdict is very similar to murder, but in the United States the strongest possible word is used: it was murder.

Chauvin’s sentence will be decided later, perhaps only weeks later.

According to Minnesota state guideline sentences, Chauvin could, for the first time, receive 12.5 years in prison for the toughest sentence. However, the maximum penalty for the crime is 40 years in prison. The sentence is decided by the judge.

Without the 17-year-old girl, we would hardly know the truth about Floyd’s death. The police department did not say so in its release. The girl happened to be with her nine-year-old cousin to witness Floyd’s beating, picked up her cell phone, and began shooting.

Video ignited the U.S. civil rights movement to a riot not seen for decades.

In the United States, change has often emerged from the bottom up, and the past year has nurtured and trained a huge number of new activists. For them, a single police sentence is not enough. They want to change laws and society.

Some will run for office themselves. Some put pressure on politicians to change.

So far, politicians have responded, at least in words. Following the verdict, the President of the United States Joe Biden said the United States must recognize that the justice system treats white and minority citizens differently and fight these differences.

“This moment can mean a significant change,” Biden said.

Will change words into deeds? The House of Representatives has passed a bill named after Floyd to reform the police, but it is stuck in the Senate. There, sixty votes out of a hundred are needed to go through.

Biden’s Democratic Party has only fifty senators, and they don’t always agree with each other either.

However, the United States is a patchwork of thousands of jurisdictions. Experiments and reforms are underway and being driven across the country. Change is not just about what is decided in the capital – or usually not decided.

The debate on police and racism has politicized and sharply divides both politicians and the people. It’s a pity. This is not a zero-sum game. It is possible to make reforms that benefit everyone. Both the police and the citizens. Both black and white citizens.

Tuesday night, after the verdict was announced, the sun shines on Floyd ‘s death. Hundreds of people have gathered at the intersection. The wind orchestra plays, the priests and teachers speak.

There is relief, joy in the air, but no rioting. People seem to be aware that the verdict did not, after all, have the entire U.S. legal system with all its problems. One judgment is only one judgment.

“George Floyd got it right,” the gas station billboard reads. But someone has added a question mark after them.

“This didn’t bring justice,” says a black man in his thirties who doesn’t want to say his name. “It would be right if Floyd lived.”

Yet he is relieved and says he has never seen Minneapolis as united.

A group of black teenage girls carry signs demanding justice for Floyd. Was it received?

“But this isn’t enough yet,” the 17-year-old Talaya more next. “There are so many others who should get justice.”

The day’s news reports that police have shot dead their peer, a 15-year-old girl, to death in Columbus, Ohio. According to the victim’s family, the girl herself had called the police for help.

Hope and despair mingle in the United States, and they also mingle at Floyd’s death.

Her boyfriend Derin Rowe is more cynical. Police will not change, a 44-year-old black man who grew up in Tennessee believes.

“Police are the largest and most dangerous gang in the United States,” Rowe says.

Most are surprised that Chauvin was actually convicted of all three crimes. Positively surprised.

Bartender Jud Kilgore has arrived Katrina Mitchellin and their 10-year-old daughter Lunan with. It is important for the parents that the daughter also gets to see the party. Their home is just two blocks from Floyd’s death. There has been a lot of talk about what happened at school.

“I’m afraid my dad will do the same [kuin Floydille], ”Luna says.

Kilgore is black and Mitchell is white. As the family moved into the area, neighbors called the police after Kilgore. Recently, police stopped him when he picked up a forgotten cell phone from his car there in the evening.

No Kilgore still thinks all the cops are bad. All generalization is bad for him.

Nearly thirty years ago, Kilgore was a black man in his twenties in Los Angeles when a video filmed by a bystander appeared in public with police brutally beating a black man. Rodney King. In 1992, the perpetrators were acquitted of almost all charges. Los Angeles saw the riots that led to the deaths of dozens of people.

Kilgore remembers it all well. It was awful. Even then, it all started with a video, for the first time.

“It was wonderful that this time things went differently.”

Corona live blog: The federal and state governments will meet on Monday for another vaccination summit