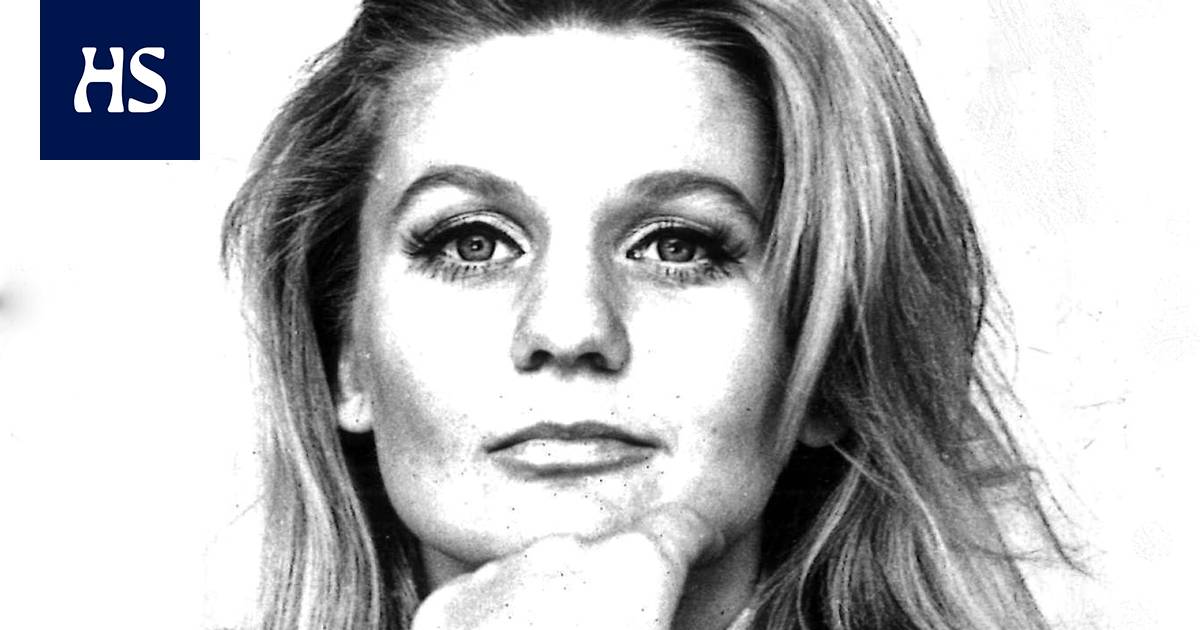 Love Ritva Oksanen, an actress named after the priestess, has got a big record on the subject. In the presentation of the album, someone says that it is more a question of enthusiasm and will than of skill.

There are a few funny songs on the album, except that Ritva herself likes the ones she has the least chance of.

As we all do according to our innate tendencies.

The time of conflicts is over Åland

“The crisis and the time for profound controversy over the status of Åland is now finally over, ”said Prime Minister Ahti Karjalainen when speaking on Åland on Sunday.

He referred to the decision by which Åland and the Faroe Islands were given a seat in the Nordic Council.

“For a long time, the self-government of Åland has also been a matter of course for us, the inhabitants of the continent, and a positive factor that is conducive to promoting the interests of the whole,” Karjalainen continued.

Already the procession of the old trams in the museum on Sunday afternoon brought the old memories of the people of Helsinki to life.

The carriages that left the Vallila Hall from the Finnish Transport Administration’s museum for an hour’s tour reminded the citizens of the anniversary, as 80 years have passed since the start of tram traffic on Monday.

Although the actual anniversary is on Monday, old wagons were presented as early as Sunday. Similarly, a film about the history of tram traffic was shown on television.

Its in honor of the fact that the earth, 235 years ago, was proved to have flattened its poles at the end of a fierce scientific doctrine, a monument was unveiled in Tornio.

The event, celebrated in the Finnish-French-Swedish spirit, was part of a series of 350th anniversary celebrations in the city of Tornio.

The monument to the Lapland degree measurement, designed and implemented by the artist Olof Eriksson, was unveiled by the French Ambassador to Finland, Gérard André.

Saljut is aiming for a record

In the Soviet Union The three astronauts at the Saljut space station began their third week on Sunday, and Saljut orbited the Earth for the 1,000th time.

Astronauts Georgi Dobrovolski, Vlaadislav Volkov and Viktor Patsaev violated the American record of being in space and began to reach the world record held by Soyuz 9 cosmonauts Andrian Nikolaev and Vitaly Sevastyanov.

The NL Spaceman was found in London

Soviet a top-class space scientist who disappeared from France last month is secretly living in England with official permission.

Anatoly Fedosseev is thought to live in London with friends. According to some unconfirmed information, he would live with his English girlfriend.

According to information from Paris, Fedosseiev has been called the Deputy Minister of Space Research of the Soviet Union and has been described by Western experts as the brain of the Soyuz and Luna space programs.

Read the recipe and forget it

Recipes are fascinating to read. At least I think they are. A whole branch of literature could be made from the recipes. The same goes for recipe readers. The main groups would, of course, be factual and playful. I lean heavily on the playful side.

Nothing is as deadly as reality cooking. Unless then a factual recipe maker.

A true recipe maker feels oitis when he reads his recipes. Or what do you say that somewhere requires 3 ½ eggs, 8 mushrooms, 5 peppercorns, 1 ¾ teaspoon salt. Isn’t that already impossible now?

So I have quite adopted the passel in studying practical recipes. Through instructions given to the eye. Then I push the cookbook back to the shelf or slam the magazine off. And I’m starting to make that dose.

For isn’t it just that the recipe is a kind of general guideline. An idea that gives you an aha experience, a stimulus. Putting food, I understand, is just a chore where many others do. If the instructions are followed conscientiously, at the same time all the activities of one’s life could be drawn up on a scale of precise dimensions, weights and dosages. For example:

A handful of lighters

Terry towel for each enjoyer, as well as a large fresh whistle

The Savolians despised the title of Elf

Finland the title of Elder of the Sunrise was not of interest to Savo girls. Despite three pre-registrations, no one came to the selection event held on Puijo on Sunday.

The host of the competition, actor Markku Riikonen, also had to leave empty-handed.

In Kuopio, a representative of Eastern Finland should have been chosen for the race on Pyhätunturi on Midsummer night, where the Christmas support association chooses the elf of the Finnish sunrise.

The main prize is 3,000 marks and a Christmas costume.

Helsinki the market square has recently received a lot of public praise. However, it should not be forgotten that there are markets in other cities as well, and they tend to have a better lip service than in southern places. Many people have also died of laughter at the Kuopio market square, and there is nothing sad in the market square in Jyväskylä either.

Viktor Klimenko has fun at the market square on Saturdays.

“I just come from Belgium, where a TV show was made. I have a lot of work to do, and even in the autumn I will be filming again. ”

Klimenko is spreading abroad at a good pace. Russianness in the family also helps to create an exoticism around the singing Cossack character.

Our country textile retailers have chosen the best clothes hangers of the year from a large number of mannequins.

Men were not forgotten either and the ever-wonderful Tapani Rahkola was chosen. Arto Nilsson also plays better in this area than in the boxing ring. Kari Lehtonen, Pekka Sahenkari and Caesar von Waltzel were also elected as the most representative.

There is not much to add to this. The news is just perfect.

Love, as good as it may be, may also be to the detriment of its author. It has ruined the life of the author of Love Story, Professor Erich Segal.

“I dare not go to the invitations soon because I can no longer respond to the startling suggestions made by women there. On the plane, the flight attendants massage themselves against me, when I get home I never know which hamster I will find hidden there. ”

For us, the film hasn’t come yet, but the subject is so finished in the wood that you can almost fail to see all the beauty.