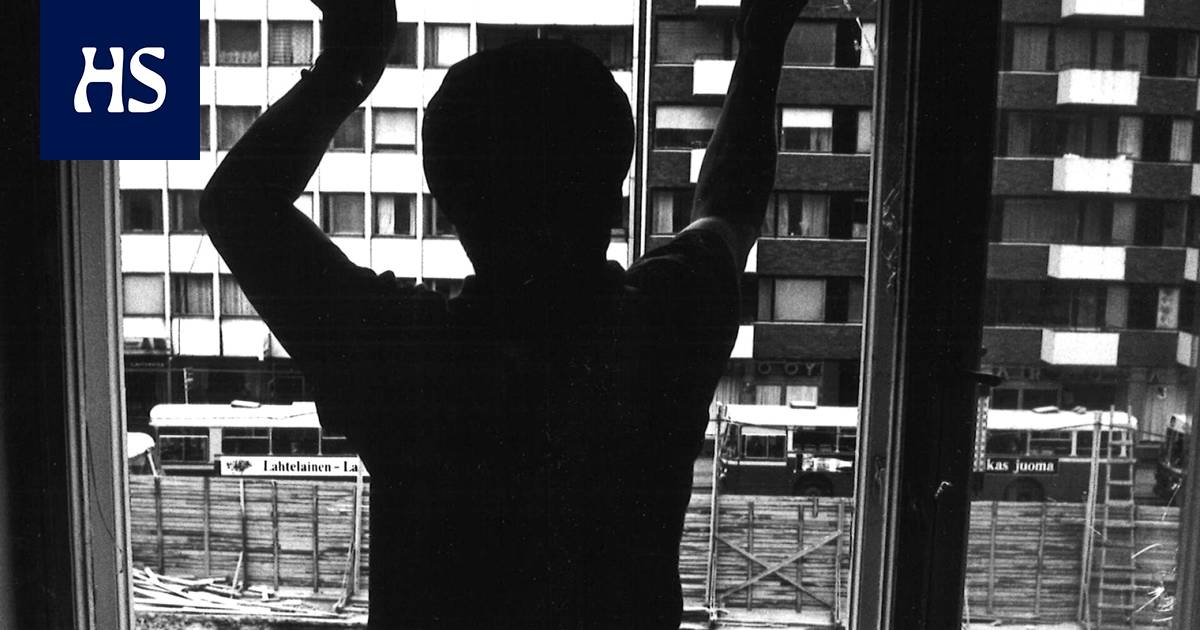 Helsinki During the blasting work of the metro work tunnel, windows and one shop window of the shop were broken on Wednesday at Sörnäisten rantatie 6. There were no injuries.

Shortly before 4 pm, a bang was blown up at the construction site of the Hakaniementori metro tunnel, breaking the guardrail fence for about three meters and the window of ten apartments in the opposite house, as well as one of Elanto’s chemical shop windows. The top of the broken windows was on the fifth floor.

Mrs. Anneli Lassila, whose apartment window was broken the worst, said that she had read and shaken the noise caused by the explosion. After that, stones had come through the window.

‘”Fortunately, our son, who was playing under the window during the day, was playing next door. The damage could have been much worse if he had been left under the shattering screen, ”said Mrs. Lassila.

“There was a huge hum and then banged stones on the window. Fragments of the window bounced along the floor of the movement. Fortunately, I was alone in the shop, so personal injury was avoided. The goods were not damaged either, ”said Anja Packalén, a chemical store assistant.

The construction site did not want to comment on what happened.

Martinlaakso stations also for metro use

“Martinlaakson The design of the stations should be prepared for the fact that in the future they can be made suitable for metro use, ”says the statement issued by the Metro Committee to the Helsinki City Government.

“The planning of the Martinlaakso line must take into account, as far as possible, the need for interconnected transport solutions for the Haaga-Vantaa area,” says the Metro Committee’s statement.

Martinlaakso stations are designed for the so-called of the sideline type and are ‘metric’ in nature. The sizing of the stations is looser due to the difference in size between the train and metro equipment.

The record flight became a landslide

Record length The Soyuz 11 spaceflight ended tragically the night before Wednesday with three Soviet cosmonauts killed in the landing phase.

The latest victims of space exploration were Lieutenant Colonel Georgi Dobrovolski, engineer Viktor Patsaev and engineer Vladislav Volkov, who had been in space for almost 24 days.

The sad decision of the flight was announced early on Wednesday morning after a brief announcement by the official Soviet news agency Tassi that Soyuz had landed in a softly planned area at 00.35 Finnish time and that the astronauts on board had been killed for an unknown reason during the landing phase. – –

In the Soviet Union, new victims of space exploration were immediately awarded the title of Soviet hero on Wednesday and will be buried under the title in the Kremlin wall.

Environmental toxins are an expensive standard of living

In places the debate also escalated into a heated debate when insecticides and other environmentally hazardous chemicals were discussed at an environmental futurology conference on Wednesday.

In particular, differing views were expressed on the carcinogenic properties of ddt. The contradiction between the disadvantages of fertilizers and the growing food shortage was also highlighted.

Yet scientists were very much in agreement that forces must be concentrated to find new ways. The current way of sowing pollution into the environment cannot continue.

Donskoj received 19 votes from a 23-man jury. 18 beauties from as many countries took part in the competition.

Portugal’s Helena Isabel Correia Ribeiro came in second with 12 votes and third place was shared by Carla Margaretha Koerts of the Netherlands and Diana Scapola of Italy.

Homosexuals on the freedom march

About 5,000 people, including several pairs of boys and girls walking together, marched in New York from Greenwich Village to Central Park in a demonstration that supported the gay liberation movement.

The demonstration ended a week of remembrance held in memory of the Greenwich Village uprising against homosexual police two years ago.

The demonstration went without incident. The cops smiled, though I turned my head when the call was heard, “Hey, hey, look like this, sometimes try the other way around.”

Some of the marchers already had the target high, as one sign read, “Next year … Washington.”