How to get rich and save the world by the way 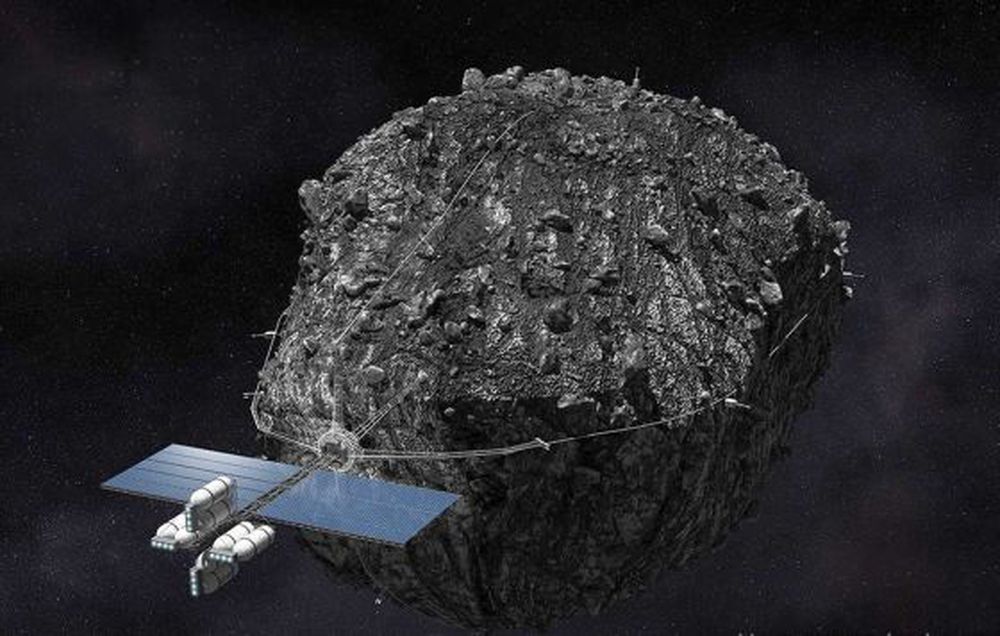 In 1898, the evening edition of the New York Journal published in installments a novel by Garrett P. Serviss titled Edinson’s Conquest of Mars. The novel narrates the adventures of a hypothetical expedition to Mars led by the inventor Thomas Edinson, with the aim of preventing a second (the first was narrated in the War of the Worlds from HG Wells) Martian invasion. In one of the installments, when the intrepid explorers were returning home, they come across an asteroid made of gold and, of course, they do not hesitate to stop to collect some of the precious metal. At that time, businessman John D. Rockefeller became the richest man in history by being the first to extract and refine a natural resource, oil.

More than a hundred years have passed since the publication of this text and what was science fiction in its day no longer seems so. Expeditions to Mars are an ever closer reality and it is possible, as the astronomer and popularizer thinks Neil Degrasse TysonThat the first trillionaires in history are those who exploit, for the first time, another natural resource: asteroids.

We live in a society completely dependent on technology, but the reserves of materials necessary for the construction of batteries and electronic components such as cobalt, nickel, gold or platinum are becoming scarce. Also essential are the elements called rare earth. Despite their name, it is not uncommon to find them on our planet. The problem is that, except in rare mineral deposits, these are scattered throughout the earth’s crust, so their extraction is not economically profitable.

This is where asteroids come into play. These objects, like comets, are the debris from the great work that gave rise to the formation of the Solar System. Their sizes vary from a few meters to hundreds of kilometers and most crowd between the orbits of Mars and Jupiter, in the so-called asteroid belt. However, a small group of them are relatively close to Earth.

Asteroids are made of the same material as terrestrial planets and contain a large amount of minerals and precious metals much more accessible than on Earth.

These asteroids are made of the same material as the terrestrial planets and contain a large amount of minerals and precious metals much more accessible than on Earth. This is because, during the formation of our planet, the temperature was high enough to melt its interior. In this fluid, the densest components such as iron, nickel or precious metals, sank towards the internal parts, in a process known as differentiation. In fact, the gold we use to make jewelry was brought in by asteroids that bombarded the earth in its youth. A planet-like differentiation only happens in the largest asteroids, since the rest do not reach such high temperatures to melt. Therefore, although smaller, asteroids have many elements that are unattainable on our planet, unless the famous novel by Jules Verne Journey to the Center of the Earth also stop being fiction some day.

A single 30-meter asteroid is estimated to contain $ 30 billion worth of precious metals and a 500-meter rock the equivalent of half of Earth’s reserves. This means that asteroids with sizes of kilometers could exceed in value the trillions of dollars. Wow, asteroids are literally true gold mines. However, mining an asteroid is not the same as drilling a hole in the ground and waiting until black gold sprouts and, unless you are Bruce WillisIt requires years of work by scientists and engineers and many millions of dollars. Is it worth it then to do asteroid mining?

A single 30-meter asteroid is estimated to contain $ 30 billion worth of precious metals and a 500-meter rock the equivalent of half of Earth’s reserves.

The answer to this question will depend on the asteroid chosen. We know of about 17,000 near-Earth asteroids, but only a small fraction of them are likely to be accessible and have the right composition to be profitable. In addition to the precious metals, it is desirable that the asteroid also have iron, aluminum or titanium which, although they are not valuable enough to take home, can be used to build the necessary infrastructure for the extraction and transport of other materials. In this sense, it is also important that the asteroid has water, since this can dissociate into hydrogen and oxygen and be used as fuel to carry the cargo back, which would reduce the initial weight of fuel. Taking into account the prices at which the shipments to space are – from 50,000 to 2.5 million dollars per kilo depending on whether the final destination is the space station or Mars, this is something to take into account although, well thought out , it is much cheaper for the asteroid to come to us.

Luckily for space miners, not so much for dinosaurs, some of the near-Earth asteroids cross our orbit. They are known as NEOs (“Near Earth Object”) and are monitored as dangerous bodies. The most profitable thing to do when mining these objects would be to redirect them to a close orbit, for example, the lunar. This would also have the non-negligible benefit of preventing a possible impact with our planet. In 1980, NASA proposed an automated factory on the Moon, in which self-replicating machiness of 1 kilogram, running on solar energy, could refine in two and a half years, after 30 duplications, more than a billion kilograms of asteroid material without any human intervention.

There are already several space mining companies. The first to be founded, Planetary Resources, has been operating since 2012 and has already launched several satellites to test several of its patents

There are already several space mining companies. The first to be founded, Planetary Resources, has been operating since 2012 and has already launched several satellites to test several of its patents with the objective. At present, almost all resources are used in choosing the perfect asteroid. Other companies like Asteroid Mining Corporation or Trans Astronautica CorporationAlthough they are still a long way from their goal, they already attract millions of dollars from private investment interested in being on the front lines of a possible future space business.

Although the first efforts are robotic, it is possible that, if the industry is profitable, the intervention of human labor is necessary. Who knows, we might start sending workers to the asteroid belt one day, making The Expanse stop being science fiction.

Pablo G. Pérez González He is a researcher at the Astrobiology Center, dependent on the Higher Council for Scientific Research and the National Institute of Aerospace Technology (CAB / CSIC-INTA)

Cosmic Void is a section in which our knowledge about the universe is presented in a qualitative and quantitative way. It is intended to explain the importance of understanding the cosmos not only from a scientific point of view but also from a philosophical, social and economic point of view. The name “cosmic vacuum” refers to the fact that the universe is and is, for the most part, empty, with less than 1 atom per cubic meter, despite the fact that in our environment, paradoxically, there are quintillion atoms per meter cubic, which invites us to reflect on our existence and the presence of life in the universe. 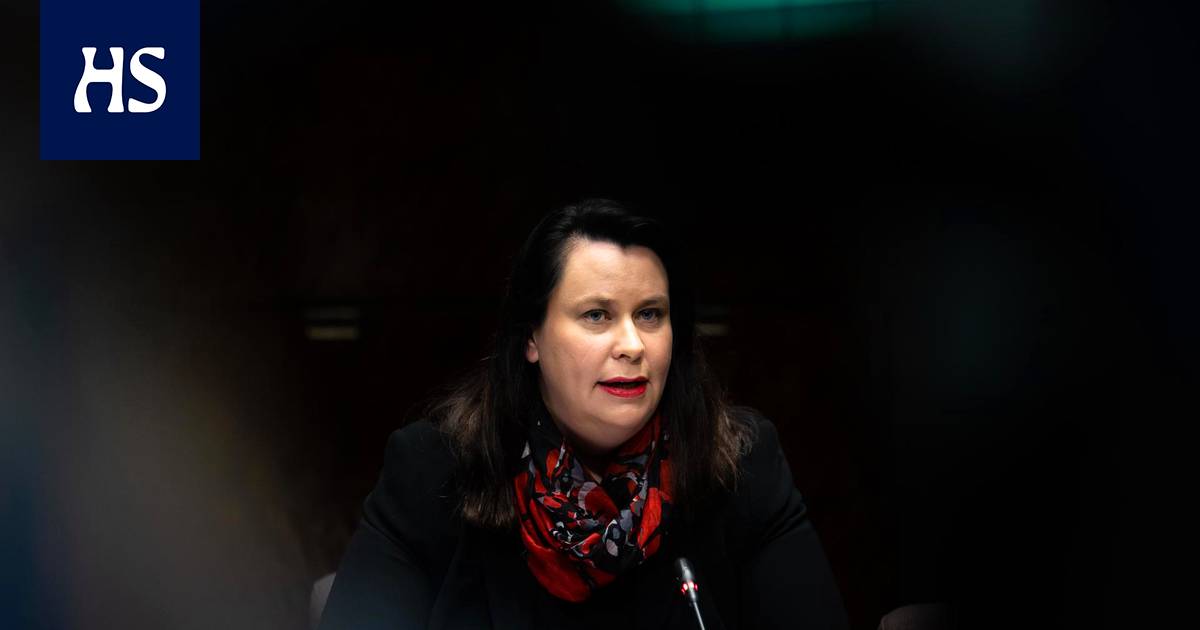 Presidential 2022: rebellious France initiates the review of its program