How to explain the Slovenian sports phenomenon: a young and small country with athletes who shine in the world 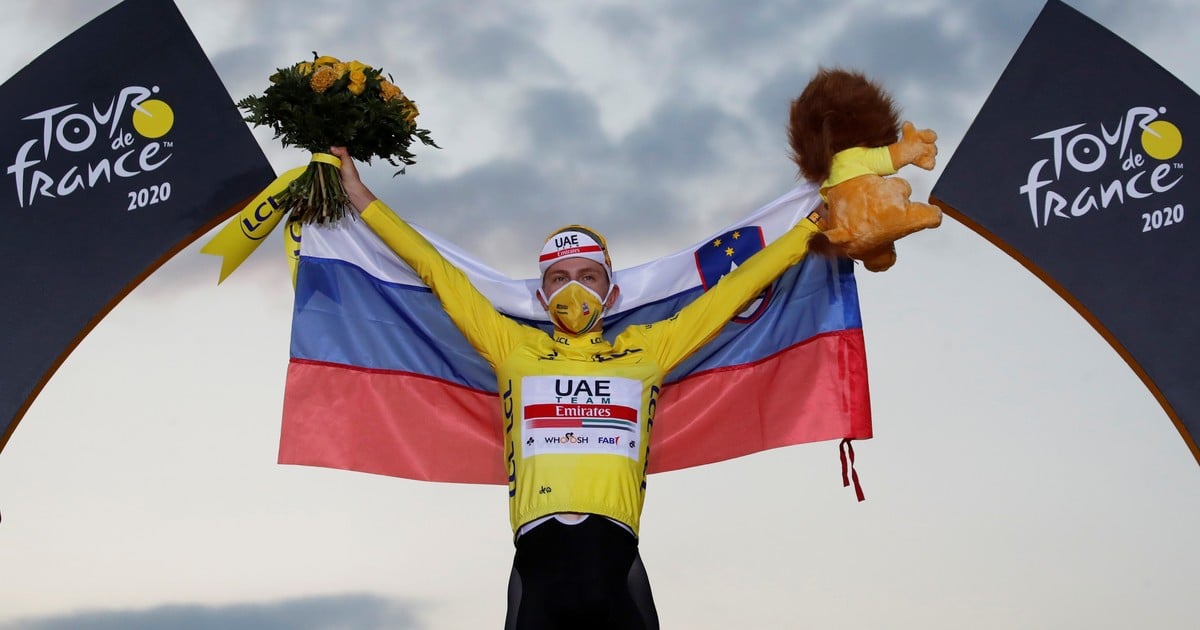 At this point, nobody is surprised in the cycling world. Tadej Pogacar did it again. The 22-year-old cyclist, who in 2020 won the Tour de France in a surprising way, now comes from crushing his opponents in the Tirreno-Adriatico, one of the most important week-long events of the World Tour. And if Primoz Roglic had not fallen twice so that his legs end up raw, dislocated his shoulder and left without his teammates from the Dutch team Jumbo-Visma to cover him in the last stage, he would surely have completed the double for his country in the Paris-Nice, another seven-day race finished just 48 hours earlier. What other condition unites Pogacar and Roglic, two of the best in the world in one of the most competitive sports in the world? They are both Slovenian.

Many are struck by the sports news of this small republic belonging to the former Yugoslavia. With an area even smaller than that of Tierra del Fuego and just over 2,100,000 inhabitants, there are several Slovenian athletes that shine in the world. Today or until recently. And not just cyclists, of course. There are also top European footballers such as goalkeepers Jan Oblak (Atlético de Madrid) and Samir handanovic (Inter), and the scorer Josip Ilicic (Atalanta) or basketball players like Luka Dončić (Dallas), a huge NBA figure, and the point guard Goran dragic (Miami). But it also appears Tina maze, one of the best skiers of all time, retired just four years ago and winner of four Olympic medals. And till Janja Garnbret, who is just 22 years old and in Tokyo 2020 should be the big star in one of the new Olympic sports: climbing. The good old Garnbret became in 2019 the first athlete to win all bouldering World Cup events in one season …

Slovenia has an Olympic success that is unprecedented for its size with 19 medals obtained -four gold- in six summer Games and 15 in seven winter games -two golds-. In Vancouver 2010 the three podiums achieved were the third best proportion of medals per capita behind Norway and Austria. Such a statistic yields another astonishing fact: Ljubljana, the capital, holds the Olympic record for having the most medals per capita (40) since Slovenia competed independently.

What are the causes of the phenomenon? There is not just one, but there is one powerful figure: 64 percent of the Slovenian population practices sports.

Luka Dončić, a star of the NBA’s Dallas Mavericks. (Reuter)

There is another interesting item: there are many who see traces of the former Yugoslavia both in genetics and in the tradition of state aid to sport.

Another one: at the Faculty of Economics of the University of Ljubljana a master’s degree in Sport management which is recognized as one of the most complete in the world.

An independent country since 1992, a solid educational system seems to be another of the key factors when it comes to finding a new explanation for sporting success. In an interview with the Spanish sports daily Marca, Ambassador Robert Krmelj reasoned: “The success of our athletes is the result of the work of many years. Slovenia invests a lot in sport in education, in primary schools. An additional effort has been made in the last 20 years in the area of ​​professional sports, in clubs all over the country. It is not necessary for a child to be born in a big city because the whole country is very well connected ”.

Those responsible for Slovenian sports policy have perfectly studied that they will never be able to dominate an Olympic or continental medal table. And that his successes may be in soccer and basketball, which are his most popular sports. Or in cycling – now – alpine skiing, judo, athletics, rowing and shooting. They do not bet on a result but plan a little further. And they know that a sports-educated child and adolescent population will give them other benefits. Which will be infinitely more profitable in the long run.

And in your house, how are them? If there is something that notably differentiates Argentinean sport from Slovenian sport or that of other countries that have that area as a policy to which the State gives primary importance, it is the interference of the school in the athletes of the future.

The last known statistic about how many school-age boys do sports at the federated level is from 2015 and shows that only 0.88 percent practice it outside of school every day of the week. What’s more: although the stimuli increase from kindergarten to high school, an Argentine student in the last year of the last cycle – 17/18 years on average – only has two mandatory weekly classes of 60 minutes each, according to official data .

Shortcomings are added to the trend. There is little active school sport, few public schools with sports infrastructure and the pedagogical model is different from that of the powers. Everything forms a lethal combo.

In this way, some issues that alter the spirits of officials and leaders are understood.

Argentina was the dominator of South America until the beginning of the 70s. Not to mention Brazil, but today there are countries like Colombia and Mexico that are (quite) more than Argentina and others like Venezuela (with its economic, political and social crises), Ecuador ( only two Olympic medals in its history and the two achieved by a single athlete) and even Guatemala (more than 60 percent of its population lives in poverty) which came very close.

Blaming only the null synergy between sports and education would be unfair anyway because Argentina continues to be a country with a lack of infrastructure in the area. Beyond that disciplines such as athletics grew in this matter with 18 synthetic tracks throughout the national territory and that others such as swimming lack swimming pools to train throughout the year (those of 50 meters do not reach ten), the poor distribution of said infrastructure is also an issue to be analyzed.

There is an interesting point, anyway. There is a worldwide trend towards a decrease in sports practice linked to competition when, paradoxically, there are many people doing physical activity at different ages. But they are mere social and health actions and not sports. It is clear that children and young people have another paradigm and that the use of time is destined to other interests such as technology for example, but if the school does not seduce it is difficult to attract them.

In Argentina, the Sports authorities meet with the Education authorities. But the necessary concordances to generate joint actions have not yet been found. Will there be agreements one day? The urgency to achieve them is growing.

Salibandy | Star player Peter Kotilainen barked at the referee's duo with a two-minute monologue: "I could have said a lot more"

Colon cancer is most common among men in Abu Dhabi

The year of unfinished green reconstruction