How the scouting department of the national teams will work 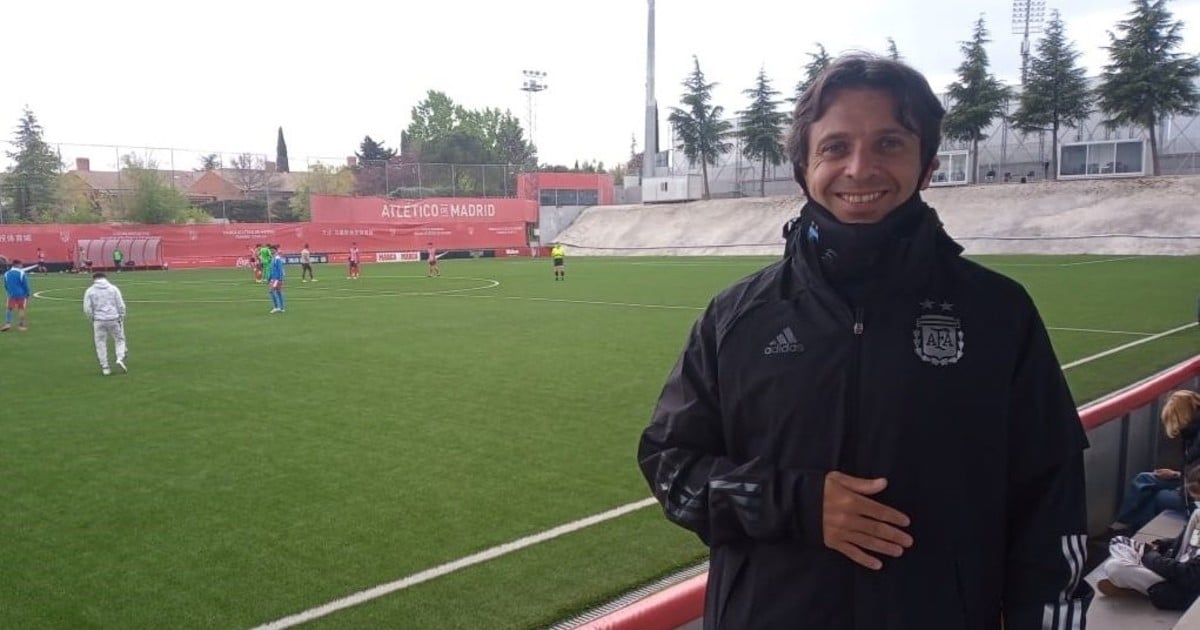 The national teams added a scouting department to develop the training recruitment area, with a first foray into Europe. It will be under the responsibility of Juan Martín Tassi, who was contacted by Bernardo Romeo to become the brand new Director of International Scouting for the Argentine Football Association.

“Building a successful project must be meticulously designed. And the cornerstone on which to delineate the framework that leads to potential benefits for the footballing process is, without a doubt, in the youth area. The recruitment and training of talents from their first steps on the grass is fundamental, a mechanic that finds its essential nutrient beyond the sports plane. All this spectrum of factors is contemplated within the labor framework that surrounds the brand new Scouting Department ”, they explained from the AFA.

The director, Juan Manuel Tassi, is a student of formative art and among his scrolls he holds a master’s degree in High Performance Sports, studied at the University of Pablo Olavide (Seville), a doctorate in Sports Sciences from the University of Extremadura and a past in the physical preparation of professional teams in Quilmes and San Lorenzo, in addition to having worked in the lower divisions of Estudiantes de La Plata.

From Madrid, where he installed his technical bases, Tassi maintained a dialogue with the AFA press department and pointed out: “In the first place, taking into account the pandemic context, a census of U-20 footballers in Europe was carried out at a distance, through contact with professionals from different clubs in which Argentine boys are active. This planning was managed remotely and began in November 2020. Currently, communication with the technical staff of Youth Teams is constant and reports are sent on the youth progress weekly, now counting on the advantage of presence to carry out scouting and interaction “.

When explaining the work methodology, he commented: “Professional scouting platforms were used that are very profitable and allowed, in principle, to segment the profiles of the players sought and to draw a mapping by regions and countries, considering the potential youth to be analyzed. . Logically, there was also contact with the clubs to transmit our idea and exchange information, an aspect in which having studied in Spain has been of great help, from where I keep contacts that today allow us to carry out joint work. Up to now, 302 footballers born between 2001 and 2011 have been registered, who began to be evaluated by the Youth Teams coaching staff for a long time and now, with the formal emergence of this project, they will be able to be closely followed. face-to-face ”.

Asked about the possibilities that some Argentine youths are seduced by other selected ones, Tassi replied: “Being able to be in person means that, when making the decision, the boys see with good eyes the possibility of being part of the Argentine National Team. At least, without a doubt, it is favorable that they can be internalized in our project, our ways, the values ​​that we instill, the culture of effort without leaving the game aside and the intrinsic sense of belonging to our national teams ”. And he added: “The advantage we have is that we already have statistics that mark the locations where there are the greatest number of potential youth teams. Our idea is to generate a work schedule according to the tournaments that are being played in Europe, taking into account the sources of analysis that emerge from the raw numbers. Then, of course, the follow-up process will come, in which the professional’s sensitivity is essential. As is being done, reports will be sent every week for the coaching staff to evaluate, specify search criteria and make the pertinent decisions on citations and follow-up. “

For his part, Bernardo Romeo, Coordinator of Youth Teams, elaborated: “From AFA, contact was established with coordinators, sports directors and professionals from different entities before the scouting sector was inaugurated by Juan Martín, as if to pave the way jointly and grant priority access for the project to develop correctly “.