How much will the damage from the devastating storm cost in Europe? 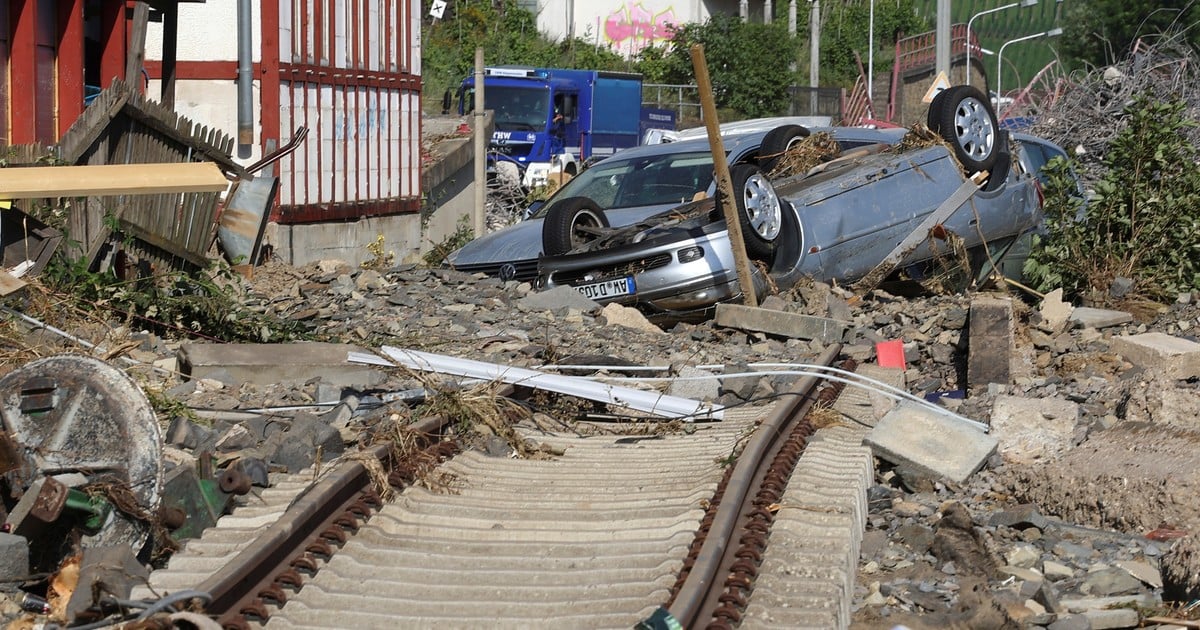 After the devastating storm of recent days in Europe, which left at least 133 dead in Germany and 20 in Belgium, insurance companies are preparing for some material costs of an unprecedented scope for such a catastrophe.

Most of the deaths occurred in Germany, which suffered its worst natural disaster since the end of World War II.

According to the experts consulted by AFP, it’s very early yet to determine the total cost of destruction.

Must “wait for the water level to drop to discover the damage“explains Gianni de Muynck, spokesman for the insurance company Axa Belgium.

“People are still in the middle of the catastrophe and they focus on the most urgent: evacuations, transport, relocation and, for some, cleaning and evaluation of the first damages, “he continues.

However, they are aware that “these are floods of an unprecedented magnitude, causing major losses, with cases of house collapse, landslide, etc”.

By way of comparison, floods in August 2002 in Central Europe, which affected Germany, the Czech Republic, Slovakia, Austria and Hungary with more than 100 deaths, cost more than € 20 billion ($ 23.6 billion) in damage, according to a report by the French Ministry of Ecology published in 2003.

The economic losses generated worldwide by natural disasters reached $ 190 billion in 2020according to an estimate published at the end of March by the Swiss reinsurance giant Swiss Re. Of this total, only 81 billion were insured.

More frequent than exceptional phenomena such as earthquakes or hurricanes, the so-called “second rank” catastrophes (storms, hailstorms, floods or landslides) accounted for 71% of damage due to natural catastrophes assumed by insurers.

In most European countries, they are usually home or car policies those that cover claims related to floods for private clients.

But protection against violent weather events it is not systematically included in the basic contracts. It is up to the insured to decide whether or not to pay an additional premium to be covered in these episodes, although the situation varies depending on the country.

Insurance does not usually cover natural disasters of this magnitude. Photo EFE

“It seems a historical phenomenon, both due to the area impacted and the impact on areas that were not used to this type of catastrophe, “Franck le Vallois, general director of the French Insurance Federation, told AFP.

“In Eastern Europe these phenomena exist, but with this intensity (…) is something quite rare in Western Europe“agreed Jean-Louis Charluteu, director of a climate surveillance and investigation team at the Generali insurance company.

According to him, “global warming of the planet is a reality that manifests itself everywhere. “” We observed a worsening of second-rate dangers, which yesterday represented a small part of the insured claims, but which today are becoming more frequent and more expensive, “he added.

In the reinsurance company Munich Re also highlight the importance of prevention the next years.