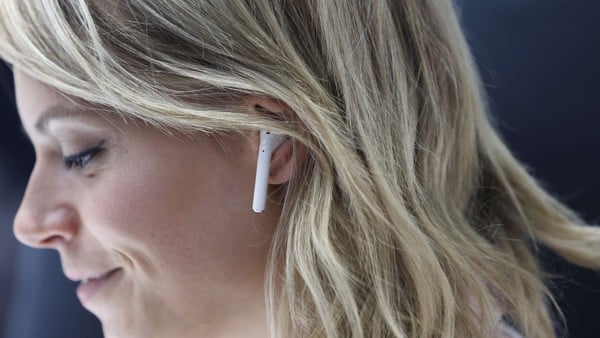 The golden age of the music industry reached a glorious renaissance thanks to streaming services. When it seemed that piracy was going to demolish a business destined for success, the big companies (Spotify, Apple, Tidal, Deezer) came to the rescue.

What few know is how much artists charge for each song played. In this race for clicks, The Wall Street Journal revealed who is the most generous and the least convenient.

While Apple Music pays a penny for each stream, double the rate of its competitor Spotify, although the users of this streaming platform generally play more songs, generating higher total payments.

On the numerical balance, Spotify leads this industry with 345 million active users, including those who listen to music for free. with your advertising scheme.

Spotify pays less but has a much larger audience. Photo DPA

While data from Apple from June 2019, they point out that their user base is 60 million subscribers, which represents six times less audience.

On his heels Amazon appears, that at the beginning of 2020 indicated that its music subscription service has 55 million subscribers.

Today, streaming services represented 83% of music industry revenue last year, according to the most recent report from the Recording Industry Association of America.

Streaming services try to reflect through these values ​​that they are respectful of artists, especially since the income from concerts and tours has been reduced during the pandemic.

Apple’s penny-per-stream pay structure, according to music industry experts, could lower your rate. Whereas Spotify, which pays an average of one-third to one-half cent per stream, has a larger user base and generates many more streams.

Music rights holders have publicly protested the current revenue sharing situation in the music streaming business, in the hope that new deals can be negotiated with major platforms such as Apple Music and Spotify.

In the letter, Apple says it “believes in paying all creators the same fee, that a reproduction has a value and that creators should never pay to perform.”

Of course, every penny per song playback does not go directly to the artist’s pocket. That cent is distributed among each of the different right holderss, such as labels, publishers and other distributors.

An industry in a tailspin

Approximately two-thirds of every dollar of revenue Spotify receives, including free tier users, goes to rights holders and 75-80% of that money is paid to record stores, according to the Wall Street Journal.

By peer-to-peer file-sharing platforms like Napster and Limewire, lEarnings from music recorded in the United States lost more than half of their value in the early years of the 20th centuryI, falling precipitously from an all-time high of $ 14.6 billion in 1999 to $ 6.7 billion in 2014 and 2015, according to the RIAA.

However, streaming services taught younger generations to pay for the music they consumed. Although at a fraction of the previous price of a CD and with a greater volume of content.

The streaming service was built on the premise that people who are unwilling to buy a specific album or song might be willing to do so if it came with more content.

France imposes a mandatory quarantine for tourists from Argentina, Brazil and Chile

Corona emergency brake in the Federal Council: Baden-Württemberg gives in to curfew