How is Disomnia, on Netflix, the film about a pandemic to fall asleep 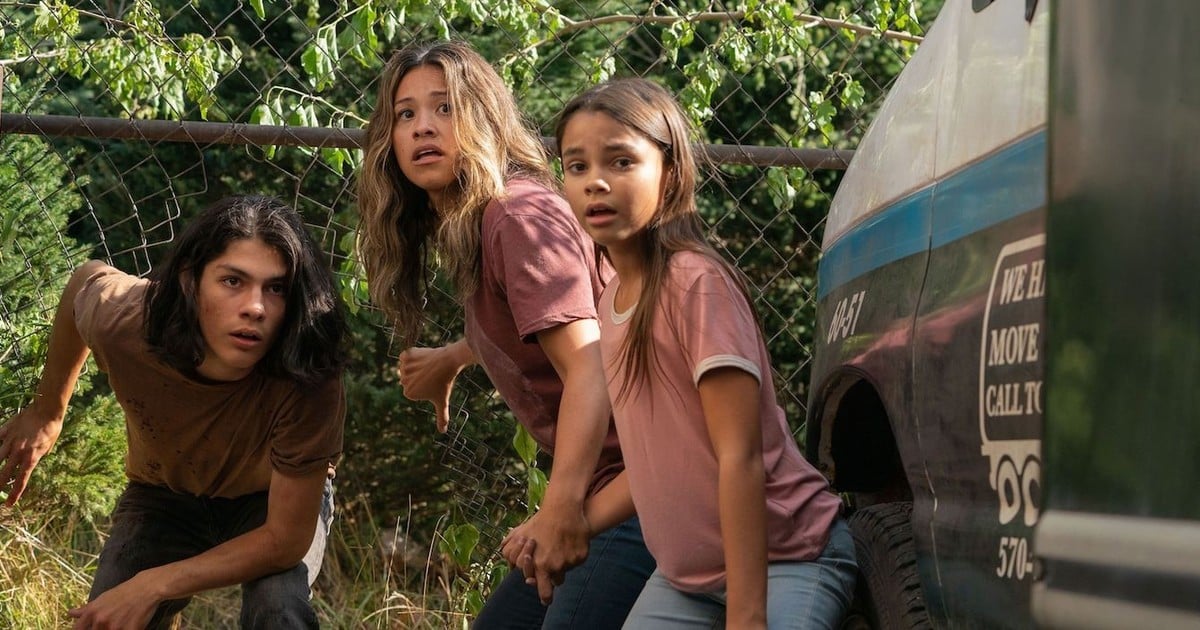 Does not start bad Dysomnia, apart from an extra that you only have to walk through and even that is bad. Jill and her children Noah, sitting in the front, and Matilda, in the back seat, are riding in their car when Jill begins to lose control. Not from herself, but from the vehicle.

It’s not the only one. The three of them see how a car crashes, but what they do not notice is that one is coming sideways. The car they were traveling in then overturns and ends up in the lake, with them inside.

If they are going to see DysomniaPlease take advantage of this scene. Go back and watch it again, again and again, because it is the only good one in the whole movie.

Mom and her children, on the run in the middle of an inexplicable pandemic. Netflix photo

Yeah right. There is some Bird Box, with Sandra Bullock. But much less budget, and equal degree of implausibility.

For some inexplicable reason, or that nobody cares to explain in any minute of the 97 that the film lasts, it seems that an electromagnetic pulse made the electronic devices say until here I came.

But the jeeps of the military circulate.

And not only that. Almost all of humanity cannot sleep.

Almost, because there is a separated woman, housed in a medical center, and… Matilda.

Jill was in the military and tortured, was a drug addict and was rehabilitated. She is now a super mom. Netflix photo

Yes. The 10-year-old girl is the only one who yawns, closes her eyes and goes to sleep.

Something affected the glymphatic system and “screwed up our biological clocks,” they say.

Jill is found – by chance, almost – by Major Murphy, an expert sleep psychiatrist. With her in the Army (in the Middle East, of course, never on American soil) Jill tortured people by not letting them sleep. “I can’t do that anymore,” he clarifies, just in case.

Jill (Gina Rodriguez, from “Jane the Virgin”) and Matilda, before starting to run. Netflix photo

It’s that the older one grabbed Jill red-handed. Or the expired pills he steals from college to earn a few extra bucks. Because Jill, in addition to being a supermom, is an ex-addict who was taken away by a judge to keep her children.

To top it off, the night before the catastrophe that remains inexplicable, Jill worked the night shift and did not sleep.

Canadian Shamier Anderson, who will be in “John Wick 4”, has to say a difficult text … Photo Netflix

Theoretical and not practical course of what will happen in the next few days when all humans (except the woman and Matilda) still do not fall asleep. Hallucinations will begin, organs will fail until the heart stops. The brain will swell – just like the viewer – the cranial walls will squeeze it, and critical thinking will be lost. Symptoms will appear faster, and everything will be chaos.

With the excuse that “the world is different now,” with that argument Jill teaches her 10-year-old daughter to wield a revolver. “I don’t like guns,” the girl says somewhat angrily. Jill takes the revolver and shoots inside a public library. He almost killed his other son.

Everything is more or less like this in Dysomnia.

Was it a terrorist attack? Someone, to show that the film does not escape the current pandemic, throws that maybe it was the boys, “who built that shit.” Add a pastor who, like Jesus, survived after three days, but because he had had a drug overdose, and among his faithful there are people, how to say, exalted. And a prisoner who escapes and has a curious theory that the best thing to do is burn all the books.

“The scene”. The attack they suffer in the car is unparalleled. Netflix photo

And the night scene of the car, when the windows are broken by exalted people, in a single shot, it is enough to abandon the film or at least realize that the ridiculous does not come back.

Jill is the rising Gina Rodriguez (she was on the list of The Hollywood Reporter of the top 35 Latinos under 35), Matilda is Ariana Greenblatt (Love and monsters, from Friday in theaters in In the neighborhood –In the Heights-), Lucius Hoyos is Noah and the prisoner we were talking about is the Canadian Shamier Anderson, who will be in John wick 4.

Gina Rodriguez was considered by “The Hollywood Reporter” a top Latina. Not for this movie. Netflix photo

To show that they had some budget, there are more familiar faces that cross the screen. Jennifer Jason Leigh (older Murphy) had a hard time recognizing her in The woman at the window, And here too. We no longer know if it is not a strategy when he signs a contract for lazy films, and go unnoticed. Frances Fisher, former partner of Clint Eastwood, and actress of Titanic is Grandma Doris, and Barry Pepper (Saving Private Ryan, Maze runner), The Shepherd.

The music of the Brazilian Antonio Pinto (the recent series The Mosquito Coast, Central Station, by Walter Salles, and the documentary Diego Maradona, by Asif Kapadia) doesn’t help much either.

It doesn’t even help temper the drowsiness.