How is Carbis Bay, the idyllic Cornish beach where the G7 meets 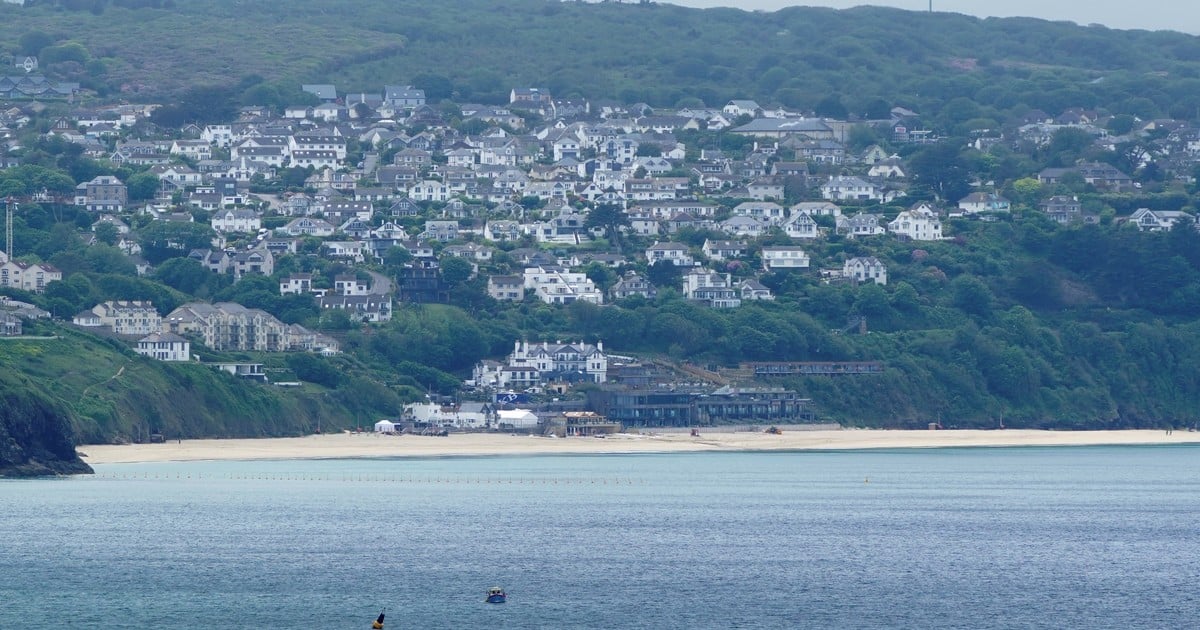 About to start a summer full of obstacles for the British to enjoy their holidays in sunny southern Europe, the G7 meeting will serve from Friday June 11 as a showcase for the idyllic coastal town of Carbis Bay, in Cornwall, and a promotional boost for tourism in a weakened and impoverished area of ​​the UK.

Destination of summer break of the upper classes in England since decades ago, Carbis Bay prides itself on tourism brochures to have inspired writer Virgina Woolf with its turquoise waters and postcard image and to have its own branch of the celebrated Tate art gallery in the adjoining town of St. Ives.

Some 15,000 people reside in both towns, to which are added this week about 5,500 police officers who will ensure the safety of the president of the United States, Joe Biden, and the rest of the leaders summoned to the summit (from 11 to 13/6) .

The arrival of world leaders has forced the Government to invest almost 8 million pounds (9.3 million euros) in renovate nearby Newquay airport, and has led some residents to wonder in the local media whether the large vehicles and limousines of political entourages will be able to ride the narrow, winding roads of Cornwall.

Many have also expressed their distaste for the temporary collapse anticipated in Carbis Bay and St Ives, towns so small that they will not host the summit press center, located in the nearby town of Falmouth.

The year and a half of restrictions due to the coronavirus pandemic has damaged the tourism and hospitality sector in the UK, as in so many other countries.

In Cornwall, the tourism industry had a turnover of some 2 billion pounds a year (2.3 billion euros) before the covid, about 12% of the county’s wealth, and supported a fifth of jobs.

The economic boost from the Group of Seven most developed countries (G7) will be welcomed in a region with vast impoverished areas and full of contrasts, like much of the United Kingdom. These differences are exemplified by the municipality of Pengegon, one of the weakest in England, just over 15 kilometers from the luxury of Carbis Bay.

The Cornwall’s relationship to tourism is ambivalent.

Despite the jobs supported by the industry, the arrival of high-net-worth visitors has skyrocketed the cost of living and housing, especially in times of pandemic, prompting many Londoners to settle in what used to be. second residences.

Aware of the discomfort that this situation generates, British Prime Minister Boris Johnson announced a few days before the summit an additional package of 65 million pounds (75.5 million euros) to boost the economy in the area.

Protests for the environment

The first protests in the framework of the G7 date back to April, when dozens of people gathered on Carbis Bay beach to demand that the expansion works of the hotel where the leaders will stay, which required a felling of trees, stop.

Inspired by that claim, local singer Bailey Tomkinson composed the song “Bright red”, in which she criticizes the destruction of the environment and with which he has achieved some repercussion in the local media.

Artists Joe Rush and Alex Wreckage alongside Mount Rushmore-style sculpture, featuring G7 leaders. It is made of disused electronics to protest the care of the environment. Photo Adrian DENNIS / AFP

“It’s a pretty obvious irony. We have the G7 here talking about sustainability, at the same time that their hosts are cutting down trees,” the artist told Cornwall Live.

It is not the only environmental protest that the leaders’ summit has raised. This past weekend, dozens of activists began a multi-day hike to Carbis Bay from the port of Plymouth to urge the G7 to put the climate emergency at the center of their agenda.

During the summit, protests will be authorized in the towns of Truro and Falmouth, both far from the main venue of the event, although the environmental group Extinction Rebellion has advanced that it plans to organize demonstrations in St Ives, much closer to the political leaders.