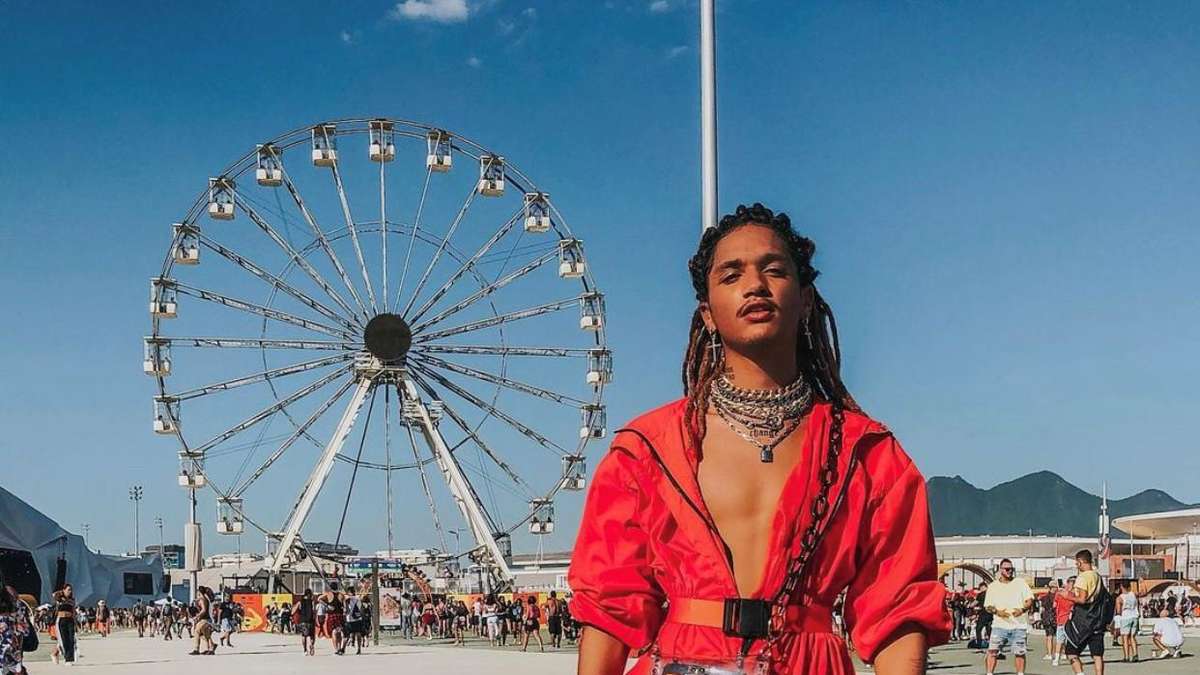 In Brazil, brands keep an eye on the purchasing power of the poor and rely on influencers from favelas. That not only helps the sales figures, but also the diversity.

Complexo do Maré / Rio de Janeiro – Chic white ankle boots, brightly colored sweaters or an iced tea from a can – Lucas Santos’ work includes keeping company products in the camera and his around 45,000 followers on his Instagram channel @lucasantosph explain the benefits. In front of the well-lit camera on the social networks of the 24-year-old with the colorful dreadlocks, in the end it looks like many other influencers: perfectly staged and somehow like a lot of money. But Santos is not trying to embody wealth. Actually, he represents the opposite, because he lives in Complexo do Maré, a poor district in Rio de Janeiro.

Around 14 million Brazilians, like Santos, live in the country’s slums, the so-called favelas. That is seven percent of the population, whose reality is often forgotten in traditional media. Social media give these people the opportunity to present themselves and thus give poorer sections of the population more publicity.

Brazil: For people from the favelas, the poor areas of the country, life is more difficult

“I couldn’t do my job without the Internet,” explains Lucas Santos. “I always wanted to study PR, but I never had access to a university”. Everything he knew about marketing, photography and fashion he had to teach himself. “The social networks were my only chance. I am proud that I can work like this today, ”says Santos. For people who come from the favelas, everything in life is much more difficult to achieve – regardless of whether it is a school leaving certificate, access to good jobs or not being uninvolved in a shooting. As an influencer, Lucas Santos therefore not only wants to advertise, but also to raise awareness. In his videos, he often speaks about inequality, poverty, racism and homophobia.

In the meantime, many companies have recognized the economic potential of influencers from the favelas. The agency “Digital Favela” has specialized in promoting small and medium-sized accounts from the slums. With content creators directly from the slums, companies should reach future customers even better. When “people next door” advertise shampoo, make-up or clothing, then that is more credible for the poor part of the population than when a rich Brazilian woman holds the same product in the camera in a private jet. One might think that the residents of slums do not have great economic power, but the reality is different: the residents of Brazilian favelas generate around 27 billion dollars in purchasing power every year. From all corners of Brazil and on almost all topics there are now influencers from poor neighborhoods – in addition to advertising for the eyeliner, they often also explain how to conjure up perfect makeup with little money and how to make them sweaty Bus ride doesn’t run dry again.

It is important to Lucas Santos that he and other influencers from the favelas not only stand for poverty, racism and discrimination, but are perceived with their expertise and as people. “My subjects are fashion and make-up. I’m a photographer, ”he says. Other influencers from the favelas, for example, are increasingly promoting tourism, which was booming in Brazil until the beginning of the pandemic.

Social: “From where I come from, it is a great achievement not to die of a bullet before my 18th birthday” – writes Lucas Santos on Instagram. Only after working as an influencer for several years did he make public that he comes from one of Rio’s slums.

Brazil: Working from the favela is a challenge

The market is growing, but working with advertising products in the favela is a challenge – also for Lucas Santos. Companies cannot send promotional sets with promotional items to his home because most postal services do not deliver to favelas. Many of the slums are so-called “risk zones” because there are more shootings or robberies there. In addition, there are no paved roads in many parts of the favelas. Not only do advertising kits not come to Lucas Santos’ home, but also no taxis or food orders from large restaurant chains. Before he can present a new cream, Santos has to pick it up on foot from a post office or a courier service. “I try to laugh about it,” says the influencer.

The young man is now open to his origins: the fact that he is black and comes from a poor district has become part of his brand. That was not always so. Until 2019, when asked where he comes from, he named a middle-class residential area near the Complexo de Maré. “I wasn’t ashamed of where I come from, but there are so many prejudices against people living in favelas,” he says. In the worst case, people from favelas would be seen as drug dealers and, in the best case, as stupid and uneducated. That’s why he was afraid that his employers might react negatively to his origin – luckily they didn’t. “I want to encourage the people who follow me,” he says. It is important that poor people are also publicly visible and thus possible role models. This is still far too rare. Santos is particularly happy when followers give him feedback that he encourages them.

Even if Lucas Santos and other young people from the favelas provide a little more diversity on social media and reach tens of thousands of people, they are still a niche. Accounts like that of Santos belong to the so-called “micro influencers”. The biggest Brazilian content creators reach a million audiences every day – and of the ten largest accounts in the country, not a single one comes from a poor neighborhood.

He cannot say whether Lucas Santos will live forever in the Maré favela. Even if he likes his home, living in the favela has many disadvantages. Violence is rampant, health care is poorer than in other parts of the city, and there are more power and internet failures. “If I move away, it definitely won’t because I’m embarrassed about the favela,” he says. “But because living somewhere else would make my life and work easier”.

These are the 10 biggest influencers from Brazil *

While awaiting the ruling of the Court, Rodríguez Larreta insists: 'Education is the responsibility of the City, not the Nation'

Quality is being asked at the head of the table: in Russia, they propose to revise the requirements for food suppliers in schools