How are the elections going in Madrid 2021? This is how participation in the Community progresses on 4-M 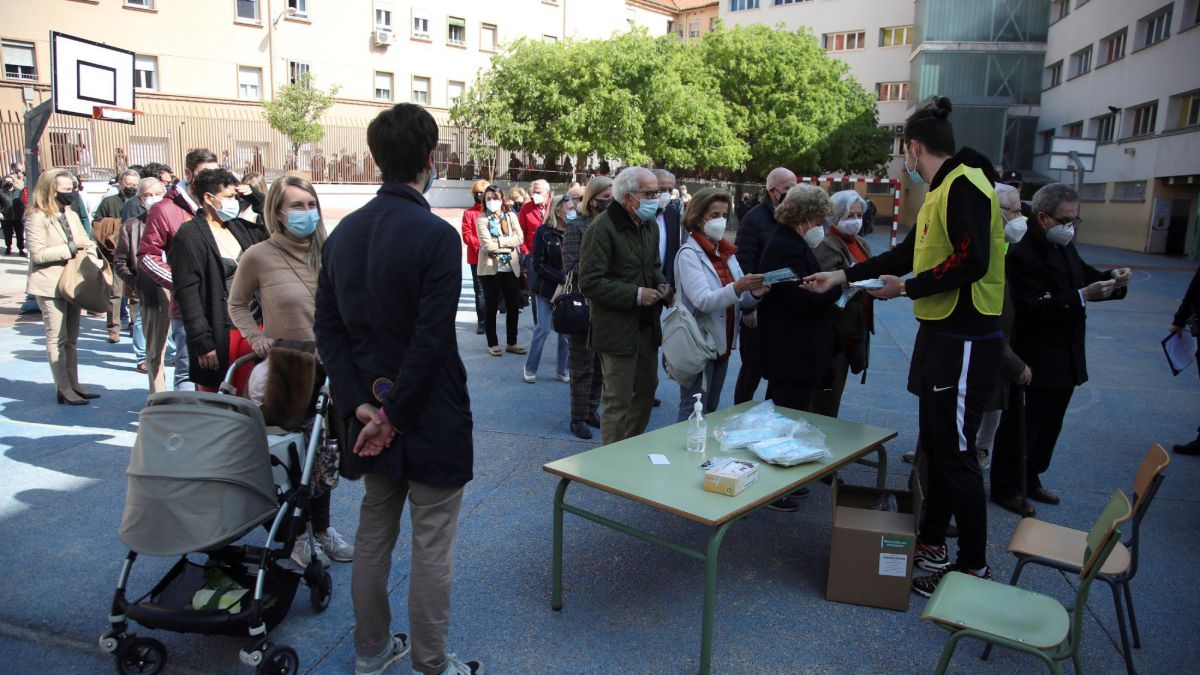 In 77% of the polling stations, the waiting time to vote is less than 30 minutes. At 11:30 hours it was the moment of greatest influx. The waits will be reduced as the day progresses, they have informed in the press conference to present the data.

Pablo Iglesias and Edmundo Bal were among the earliest leaders in going to the polls to exercise their right to vote. Candidates of United We Can and Citizens, respectively, they attended in the first hour of the elections. “Today the Madrilenians we celebrate our democracy in the best possible way: going to the polls to decide the future together “, said Bal, who has encouraged no Madrilenian stay at home and exercise your right to vote.

At this time of election day, the candidates of the main leaders have already voted. The only incident to highlight was the intervention of the Police to quell the protests of several Femen activists at the school where he was going to vote Rocío Monasterio (Vox). Meanwhile, Mónica García accompanied her father to the polls, as I had previously voted by mail.

Long lines first thing in the morning at the Vazquez de Mella school, in the La Latina neighborhood. A police officer hands out masks to people waiting to enter to cast their ballot. “I want to go to work already ‘voted”, says Maribel, 48 years old. “Just in case”. pic.twitter.com/d3LajKcu5o

Long lines during the morning

For the rest, the tonic during the first hours has been the long lines of people to access polling stations, produced in part due to measures against the coronavirus. “We apologize and be patient. The pandemic situation forces us to exercise extreme caution“, said the head of Communication of the Community of Madrid, Sandra Fernández, who has condemned a incident occurred in a school in Chamartín.

Meanwhile, the Popular candidate, Isabel Díaz Ayuso, has asked Madrilenians to go to the polls despite the queues to access the schools. “There are long lines and it fills us with pride. There is nothing more important. We ask that throughout the day, with patience, you go to vote“

The court decides: the Swiss village of Champagne is not allowed to use its name for wines