How Amazon makes Affirm a bigger threat to banks 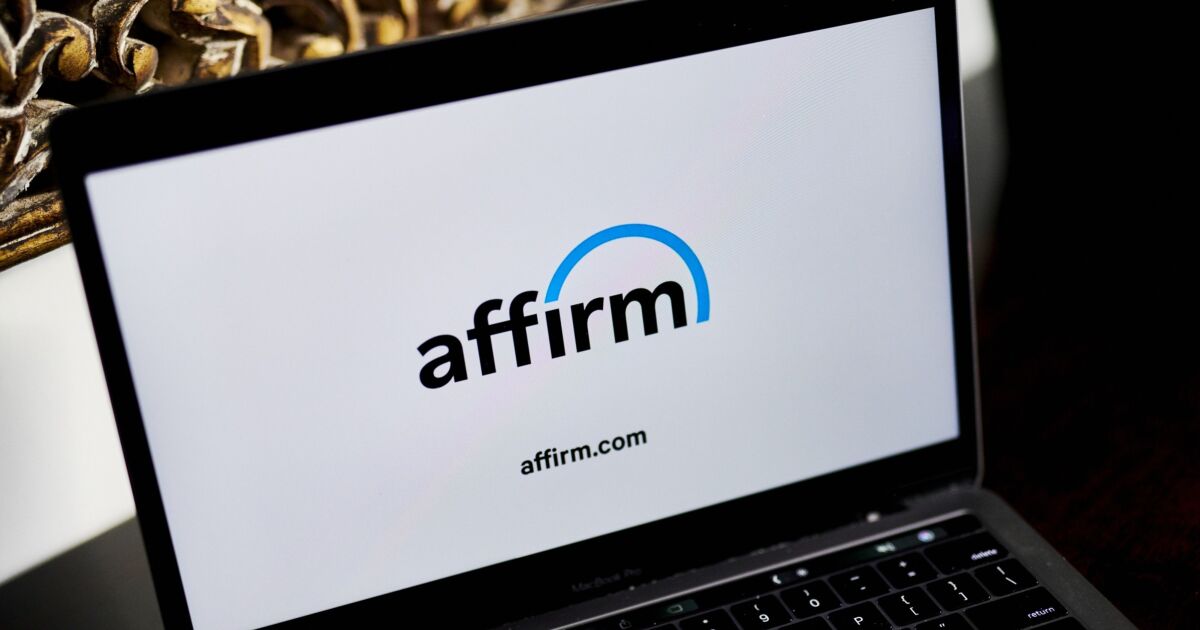 By linking its installment lending service to Amazon, Affirm is gaining access to not only one of the largest e-commerce brands on the planet, but also a network of many smaller merchants that connect to Amazon’s payment and credit options.

Amazon is testing the San Francisco-based Affirm’s point of sale credit product with a limited number of consumers, with wider deployment expected thereafter. It’s a major client win for Affirm, whose roster of about 3,000 merchants also includes major firms Walmart, Shopify and Peloton.

Affirm could replace Amazon’s in-house financing option, and the partnership could be irksome to Amazon’s other payment partners, such as JPMorgan Chase, Visa and Synchrony Financial. And because companies like Affirm, Afterpay, Klarna and Sezzle encourage repeated use, they are akin to general-purpose payment systems.

“Merchants are hearing from their consumers, who are asking for specific vendors,” said Ginger Schmeltzer, a senior analyst at Aite-Novarica. said. “So if you are a merchant it makes a lot of sense. It’s getting harder for the card issuers to play directly in BNPL.”

While Affirm and other point of sale credit providers won’t be replacing credit cards entirely, the addition of Amazon gives Affirm – and by extension, the entire point of sale credit industry – a way to accelerate disruption of traditional bank-card based credit models . It also allows Affirm to make inroads against PayPal, which has the largest market share among buy BNPL providers for US consumers.

There are more than 200 million subscribers for Amazon Prime, with 147 million in the US, according to Business of Apps. Amazon ships 1.6 million packages per day, according to LandingCube.com. Walmart has about 220 million weekly visitors to 10,500 stores and e-commerce sites in about two dozen countries. Amazon and Walmart combine to cover nearly half of the US e-commerce market, according to Statista, with Amazon taking up more than 40% by itself. Shopify has a 23% share of the market for e-commerce platforms that serve online businesses, according to Oberlo.

“For Affirm, acceptance at retailing giants Amazon and Walmart should generate plenty of receivables, and importantly, enormous repeat use,” said Eric Grover, a principal at Intrepid Ventures.

By choosing Affirm, Amazon is “tacitly acknowledging” the value proposition of BNPL in general and Affirm in particular, enough to disintermediate Amazon’s own card offering in exchange for better sales conversion and larger shopping carts, according to Barclays Capital, which called Amazon the largest global distribution opportunity for BNPL.

“The timing is perfect for Affirm, as Peloton, their largest client, announced a slowdown in sales volume; the timing is also right as Amazon prepares for the upcoming winter holidays, “said Brian Riley, director of the credit advisory service at Mercator.

Amazon and Affirm did not provide comment for this story. Amazon already offers its own installment and credit products. The e-commerce firm offers the Amazon Prime Visa with 5% cash back on purchases as an incentive; and Amazon has an internal option to split purchases into monthly installments, with the terms depending on the item and the buyer. BNPL fintechs such as Klarna and Afterpay can also be used to fund Amazon purchases through a series of navigation steps.

Synchrony and American Express are reportedly among those bidding on the Amazon co-brand card. Amex and Synchrony did not return requests for comment.

The difference between most of Amazon’s existing credit and financing options and Affirm is a smoother application process for qualifying for credit to pay for a specific purchase, according to Schmeltzer.

Nonbanks have dominated the point of sale credit industry thus far, with banks and credit unions playing catch-up. As fintechs become more widely known as BNPL providers, consumers are also demonstrating a tendency to build relationships with brands, said Schmeltzer, who is researching the BNPL industry.

Point of sale credit firms position themselves as rivals to bank-issued credit cards, contending installments are easier to understand and don’t contribute to revolving debt. The benefit for merchants is the ability to quickly finance large purchases, with the point of sale credit provider covering the entire cost up front and the merchant paying a fee.

During the pandemic, point of sale credit firms such as Klarna, Splitit and Affirm have grown quickly, as have installment products from payment companies like PayPal. Square recently agreed to pay $ 29 billion to acquire Afterpay, and Apple plans its version of BNPL to accompany Apple Pay.

Walmart and Amazon, both Affirm clients, are rivals on several fronts including e-commerce, delivery and in-store technology. Walmart did not return a request for comment. Most retailers do or eventually will offer several point of sale credit options, given the popularity of specific BNPL providers with consumers, according to Schmeltzer.

Goldman Sachs could also be a major player in BNPL, said Alyson Clarke, a principal analyst at Forrester Research. A Goldman product called Marcus Pay offers fixed-term installment loans, and the investment bank is Apple’s partner for Apple Pay Later. “I see plenty of room in the market for multiple BNPL providers, and of course the next move is the retailer branded BNPL offering,” Clarke said.