How 100 grams pulverized becomes a meal for 1.2 euros 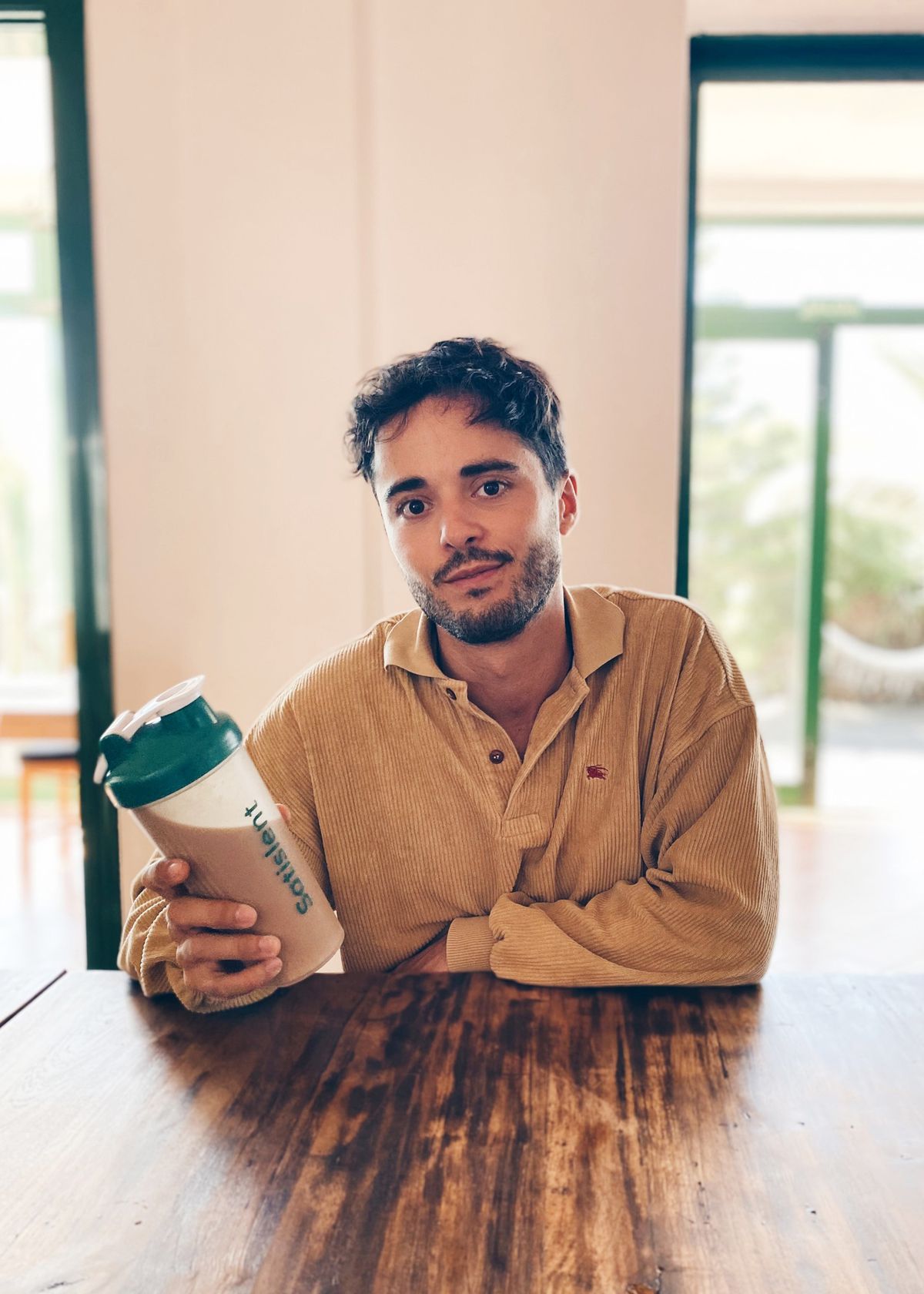 Satislent was born in 2017 with the newly independent industrial engineer Carlos Ucha, combining an internship with the completion of his second master’s degree. Without much time to cook, he became interested in food substitutes. In particular, by those similar to Soylent, the popular soy-based product developed four years earlier by Silicon Valley computer scientist Rob Rhinehart. “I acquired several references, included them in my day-to-day life and found that they were a safe and practical way to obtain nutrients,” he says by video call. Within a few months, however, he began to ponder how to obtain a high-value solution. “I was concerned that these concentrates sometimes include components whose continued consumption may be inadvisable.”

From there he dedicated himself to refining a formula that, in addition to being vegan and including protein from peas, soybeans and oats, common ingredients of this type of substitutes, contains others such as olive oil and gofio, a flour widely consumed in Canarias that comes from toasted cereals and that brings distinction to the flavor. Available in bars and in powdered concentrates from which to make shakes, Satislent had a turnover of 140,000 euros with its compound in 2020, the year in which it obtained a profit of 20,000 euros.

For Ucha, co-founder with his brother Alfonso and a third relative, the key to the business is to “delegate only what is essential”. “In a market where you compete via low prices, it is very important not to lose the competitive advantage you gain by opting for local ingredients with intermediaries.” The company, which has six employees, carries out all the processes up to the final labeling in a small space in Leganés (Madrid) and only sells through its website. With this structure they can offer the 100 grams of spray that is considered equivalent to a full meal for 1.2 euros, ranking among the cheapest on the market, but with a higher profit margin. In addition, the change in habits caused by the pandemic has benefited them. “Confinement at home stimulated the recurrence of those customers who, in the absence of an alternative, recognized our product as a basic necessity,” says the entrepreneur from Madrid.

Satislent’s next objectives are to open an income channel through contracts with distributors in those European countries where logistics costs make orders excessively expensive and to decide whether, in order to enhance its digital marketing and achieve greater penetration in the Spanish market, They ask for a loan of 150,000 euros from the public body Enisa – for which they would have to present the same amount in private investment.