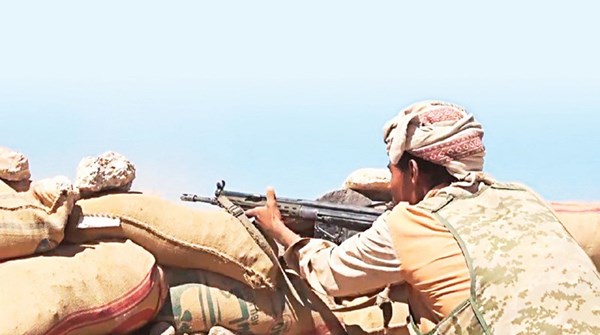 Yesterday, the Executive Unit for the Management of Displaced Persons Camps Management in the Ma’rib Governorate, in the east of the country, announced the registration of an internal displacement of 3442 families and more than 24,000 people during the period from February 6 to April 16.
A statement by the unit said: “These displaced people need shelter, food and drinking water, and most of them are from the Sarwah district, west of the Ma’rib governorate.”
The statement appealed to the United Nations and the international community to put pressure on the Houthi militia to stop their attacks on Marib and target the displaced and spare them new stages of displacement.
The statement also called on the United Nations to take urgent action to provide relief to the displaced and alleviate their suffering. Since the beginning of last February, the “Houthis” have attacked Marib from several axes, as part of the terrorist group’s efforts to control this vital province, which is rich in oil, gas and electric power.
Recently, the “Houthi” militia has intensified its targeting of refugee camps and civilians in Marib, forcing many of them to flee again to other camps.
The Director of the Executive Unit for the Management of Displaced Persons Camps in Marib Governorate, Saif Muthanna, confirmed, earlier, that the terrorist militias have targeted a number of camps that host hundreds of displaced families with their attacks, pointing out that there have been injuries among the displaced and displaced women, in addition to the damage to large parts of those camps.

Beirut is a model for Lebanon’s impotence, mired in chaos

Czech Republic Men suspected of double-agent novitok poisoning rose to the forefront of a new dispute between the Czech Republic and Russia: This is known from the “Bosirov” and “Petrov” movements years ago