Housing sale The maximum amounts of Asp loans are rising – a subsidized loan in Helsinki can now be obtained for EUR 215,000 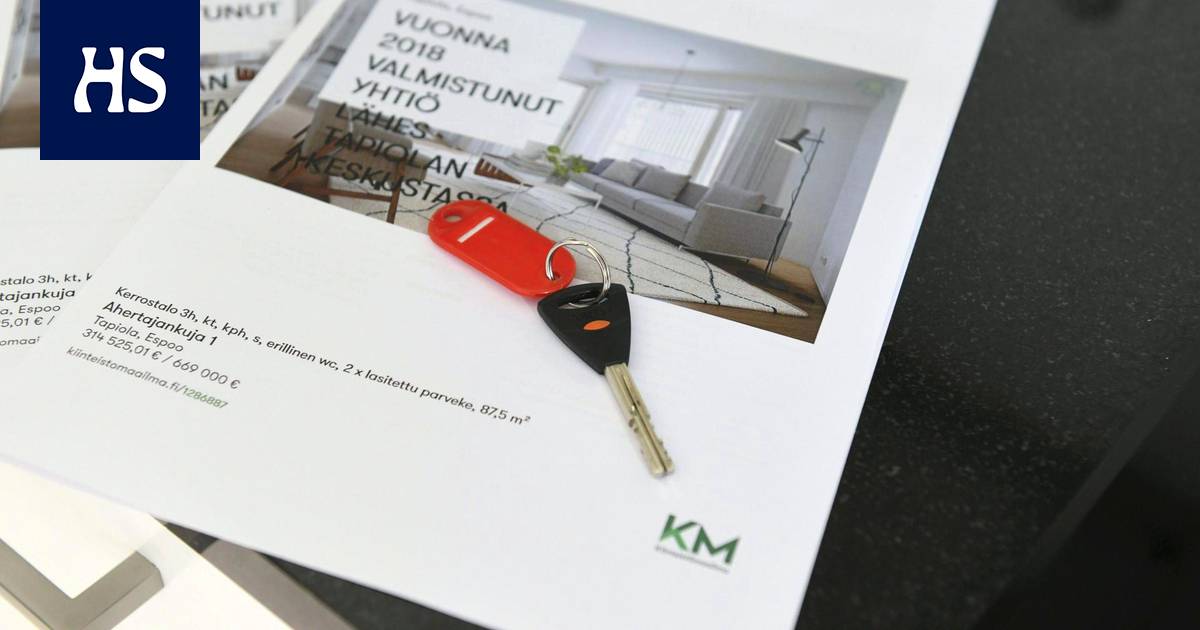 The increase in the ceilings is justified by the rise in house prices in growth centers. According to the banks, the problems of the system should have been addressed more widely.

First home the loan ceilings of the asp scheme, which is intended to facilitate the purchase of a home for buyers, will be raised. On Thursday, the Government decided that a loan of EUR 215,000 could be obtained in Helsinki instead of the previous EUR 180,000. In other municipalities in the Helsinki Metropolitan Area, the maximum loan amount is EUR 160,000, which is EUR 15,000 more than before.

The changes will take effect on April 15.

The loan amounts supported by the Asp system will be increased because housing prices have risen in growth centers, so that the previous minimum amount may not have been able to buy even a studio apartment.

Tampere and Turku used to be in the same group as the rest of Finland, but now those applying for a loan in them can get an asp loan of 140,000 euros, while elsewhere in Finland the maximum amount is 120,000 euros. Housing prices have risen only slightly on average in the country, but in the most popular cities, especially small housing prices have been rising rapidly for a long time.

The ceilings for asp loans were last raised in 2014. Until now, the subsidized loan has been supplemented with a normal mortgage.

In the Asp system the bank pays an interest rate of 1% on the deposit, plus an additional interest rate of 2 to 4% for the year in which the deposit begins and thereafter for a maximum of five calendar years. An asp saver must save at least ten percent of the price of the home.

The increase in the ceilings for subsidized loans will take effect on 15 April 2021 and will apply to loans drawn on or after that date.

Banks considers that raising the loan ceiling is the right measure, but there are other problems with the scheme that have reduced its attractiveness. They should also be corrected.

“In the current world of zero and minus interest rates, the additional interest rate is attractive, but many young people still choose to take out a loan outside the asp system. The interest rate cap is so high that it does not help young people anticipate their housing costs. Ordinary interest rate hedging, on the other hand, cannot be combined with an asp loan, ”Danske Bank’s Senior Vice President, Retail Banking Riikka Laine-Tolonen says.

The requirement for an Asp loan for a 10 percent savings stake is also double that required for a regular mortgage borrower. According to Laine-Tolonen, the savings rate of aspin should be reduced to five percent.

“An Asp loan prevents a home from being used as collateral for other loans if, for example, a young person wants to renovate their home. The system also does not allow, for example, to take installment leave flexibly according to the life situation for more than two years during the term of the loan, ”says Laine-Tolonen.