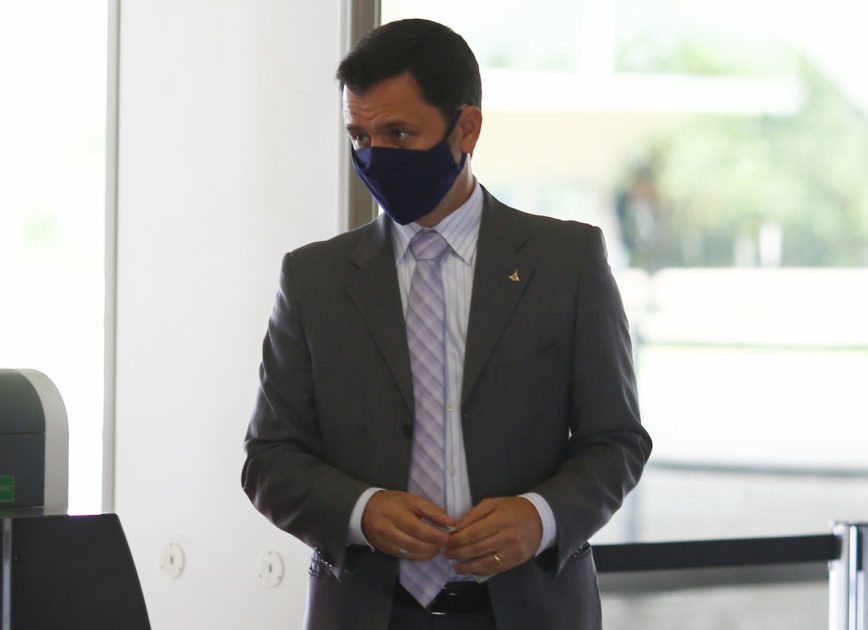 The Minister of Justice and Public Security, Anderson Torres, said this Saturday (17.Jul.2021) that the housing program for police officers is in the final stages of negotiations and is still under analysis at the Ministry of Economy. The action is prepared by the Federal Government through an MP (provisional measure). Torres participated in an interview on Congressman Eduardo Bolsonaro’s Youtube channel (PSL-SP).

Habite Seguro, according to the minister, will be executed by Federal Savings Bank and will use resources from the FNSP (National Public Security Fund) to fund it. It will be a special real estate credit line for public security agents in the amount of R$100 million.

The minister stated that the idea was initiated by former Minister of Pasta André Mendonça, nominated by Jair Bolsonaro (no party) as minister of the STF (Supreme Federal Court).

“The program is in the final stages of negotiations. At the Ministry of Justice, [as tratativas]. The ministry placed R$ 100 million from the FNSP. There is a legal provision to subsidize this program“he stated.

He said that the “beautiful” project will allow the dignity of police officers. “The least the security professional has to have is to live in a decent place and have easier access to credit“, said Torres.

Torres also said that the Ministry has sought to facilitate the acquisition and possession of weapons for the population. He stated that the ministry is seeking to make an agreement with the state police to facilitate the submission of documentation for obtaining weapons for people in isolated places, without access to the Federal Police.

“We’ve had years of an anti-acquisition and gun possession orientation. Having a gun is not absurd. It is the citizen’s right”, said Torres. He said that he intends to facilitate the submission of documentation for requesting a firearm through the internet.