Housing is 0.9% more expensive until March, the smallest increase in seven years 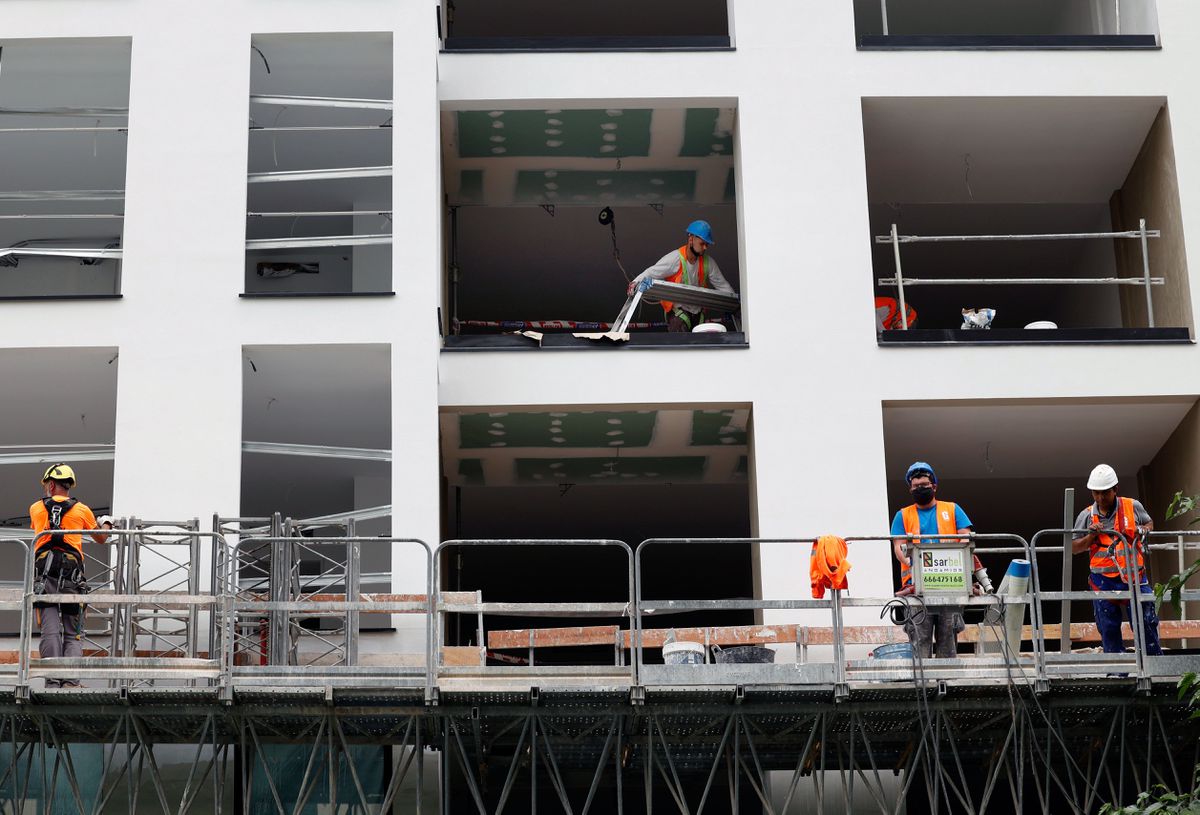 The growth margin of house prices in Spain is narrowing more and more. Between January and March, houses became more expensive by 0.9% compared to the amounts of the same period last year, the smallest annual increase since mid-2014, seven years ago. And although on a quarterly basis (that is, comparing it with the prices of the previous quarter), the houses rose again, the data published this Tuesday by the National Institute of Statistics (INE) show a significant change: this time it is the new construction houses those that hinder growth the most.

The 0.9% annual rise represents the eighth consecutive quarter in which this indicator has been cut, although for the moment it resists positively. Broken down between new and used houses, the INE shows that the former continue to become more expensive than the latter. But they are also the ones that have cut their margin the most. The prices of brand new housing were between January and March 2.2% above what was paid in the first quarter of 2020. Although it is an appreciable growth, it is significant that it is the lowest since the end of 2014. Especially Because with the onset of the pandemic, linked to new buyer preferences, new construction was experiencing a sweet moment and in the third and fourth quarters of last year prices had shot up 7.5% and 8.2%, respectively.

As for second-hand flats, the annual rise is 0.7%. This is a more modest percentage, but it shows an upward inflection with respect to what had been happening since mid-2018, when growth began to decline, touching a bottom of 0.4% in the fourth quarter of the previous year.

When observing the quarterly evolution, it is understood that different behavior between the new construction and the second hand. The used houses have started the year with amounts 0.7% higher than what was paid in the final stretch of 2020. For those who are new homes, on the other hand, prices are 0.6% cheaper. Since second hand is the overwhelming majority in the market, this indicator in general terms stands at 0.5% growth in the first quarter compared to the last quarter of 2020.

Back to annual growth, and analyzed by autonomous community, the first quarter leaves a relatively homogeneous situation. Prices rose in all territories with the exceptions of Madrid (0%) and Extremadura (-0.2%). On the side of positive percentages, yes, there are important differences. In Murcia, prices increased by 3.5% (only surpassed by the autonomous city of Melilla, with a growth of 4.8%), while Navarra and the Basque Country show a meager variation of 0.2%.

The Housing Price Index (IPV), which is what the INE has published this Tuesday, measures the evolution of the price of houses based on 100 the price of 2015. Starting from that value, in the first quarter of this year the house has been placed in Spain in 127,831 points. This means that houses are 27% more expensive than six years ago, although they are still far from the prices of the housing bubble, when they came close to 152 points. In historical terms, the current 127 points means that prices are at levels similar to those of 2011, when they dragged years of falls in the context of the Great Recession.