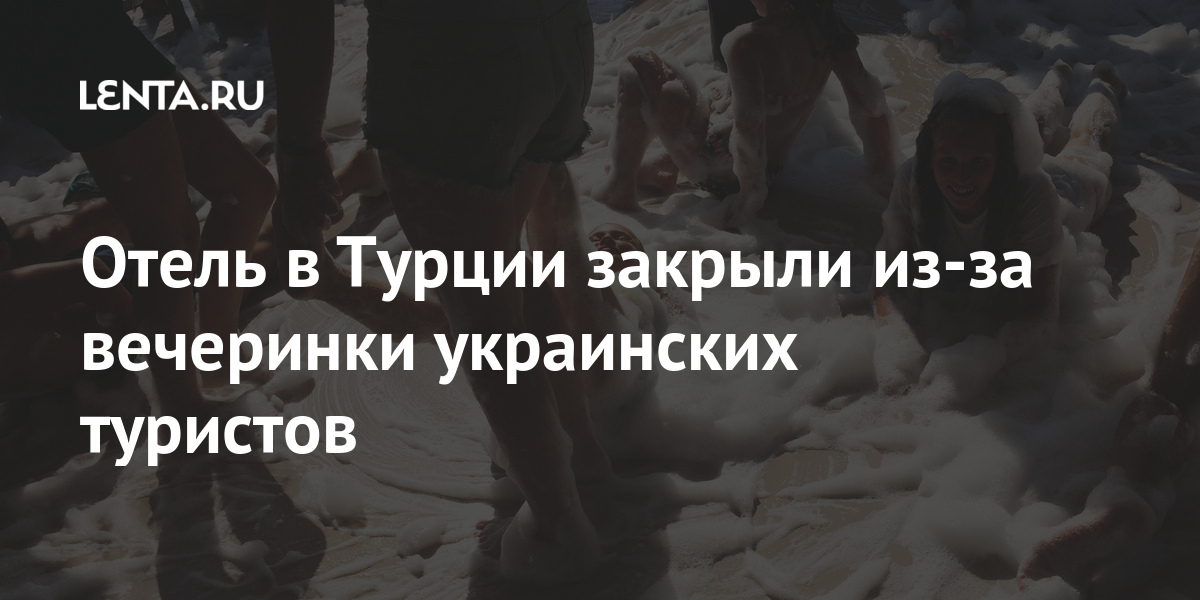 A hotel in the Turkish city of Manavgat, Antalya, was closed due to a party of Ukrainian tourists held amid the country’s coronavirus restrictions. It is reported by RIA News with reference to the local edition of Türkiye.

According to the newspaper, the hotel organized an Easter party for Ukrainians. At the same time, the event did not observe social distance and other rules designed to limit the spread of infection.

The local authorities became aware of the party after the guests attending it began posting photos from the event on social networks. As a result, experts from regulatory authorities arrived at the hotel with an inspection, who decided to revoke the Safe Tourism certificate, which allowed it to work in a pandemic.

Earlier it became known that from May 7, Turkey will tighten the lockdown due to the unfavorable situation with COVID-19 in the country. It was reported that stores will start selling only basic foodstuffs, animal feed, hygiene products, as well as cosmetics, with the exception of perfumes and decorative cosmetics.

Currently, Turkey already has restrictions in place according to which local residents should not leave their homes, with some exceptions, such as shopping for basic groceries and emergency medical care.

World Asthma Day: What is good control and how is it achieved?

Baggio: “On TV ex-players give lessons who were unable to dribble”