Hospital in Syria receives medicines and gifts for children from CPVS 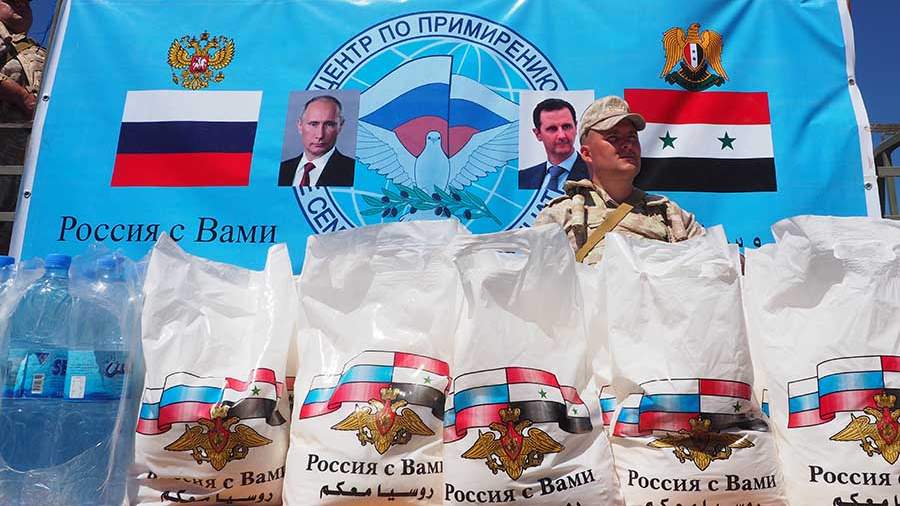 The hospital of Tishrin University, the largest in Syrian Latakia, received from representatives of the Russian Center for Reconciliation of Warring Parties (CPVC) in the SAR the necessary medicines, toys and sweet gifts for the patients-children.

More than 100 thousand students study at Tishrin University, it is one of the largest in Syria. It includes the largest hospital in Latakia. The medical facility is under US sanctions, and sometimes even the simplest medicines are lacking. The restrictions introduced primarily hit sick children.

A Russian humanitarian mission came to the hospital’s aid. At the request of the Syrian doctors, who made a list of what was needed, the CPVS, together with military doctors, brought a large batch of drugs.

“In a pandemic, first of all, a large number of antiseptics were handed over to combat COVID-19: medical masks, shoe covers, gowns, and the most necessary means. In addition, a number of other medicines, syringes, and so on were transferred. The total weight of the humanitarian aid is 2,500 kg, this is a full truck, ”explained Vladimir Morozov, a representative of the CPVS.

About 100 children are treated here in the pediatric department. For them, the Russian military brought over 300 gifts. Thus, each child received several gifts, including soft toys, balls, construction sets, educational games, sweets.

“We are now in a difficult state, our situation is very difficult due to Western sanctions against our country, we have a shortage of drugs, a shortage of various devices, ventilators, monitors, a shortage of analgesics, antiseptics, today we get a lot from our friends from the Russian Federation, huge help. It is a symbol of friendship between our two countries, Russia and Syria, God forbid, that it will be even better in the future, ”said Odai Joni, head of the Department of Pediatrics.

Tishrin Hospital has long-standing ties with Russia. The famous Doctor Liza (Elizaveta Glinka) came here. And her last charitable donation was intended for this hospital as well.

In the pediatric ward, the children’s playroom bears her name. It serves for psychological relief of children and is regularly replenished with new toys from Russia.

Earlier, on January 8, a Izvestia source said that in Syria, due to US sanctions, there are serious problems in the pharmaceutical industry. Factory workers have to manually sort through the plates with drugs and weed out the waste, although robots were doing this before the war. Difficulties also arise with the supply of raw materials and equipment.

In May, US President Joe Biden extended sanctions against Syria for a year. Thus, various restrictive measures introduced by Washington in stages since 2004 remain: for example, blocking individuals and legal entities under US jurisdiction and a ban on the export of American-made goods and services to Syria.

PlayStation: Man can’t stop playing while his house is on fire