Horror in Tenerife: Queen Letizia sent a message of pain after the appearance of Olivia’s body 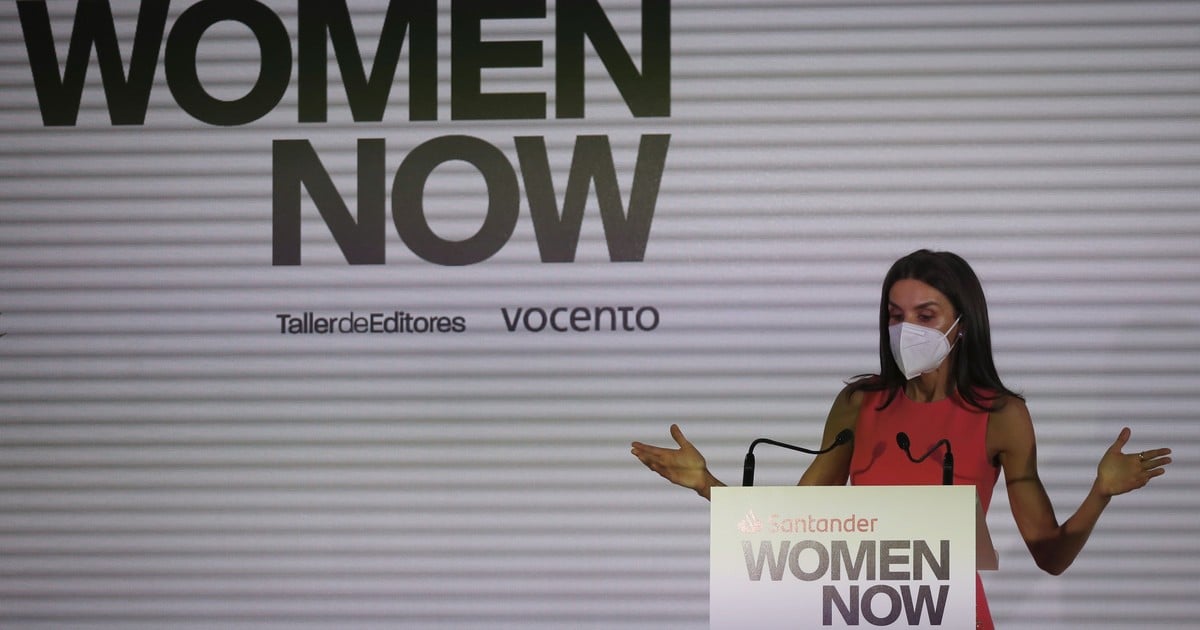 The appearance of the body of Olivia Gimeno inside a bag on the coast of Tenerife, Spain, shook that country and with the passing of the hours the messages of solidarity with the mother of the girls do not stop growing, among them this Friday stood out in that Queen Letizia sent her.

Now, while following the search operation of Anna and her father Tomás Gimeno, eyes are focused on Beatriz Zimmermann, the girls’ mother, who made it known this Friday that she had separated from her ex-partner while she was pregnant with Anna because she could no longer bear the ordeal and the infidelities she suffered with him.

Messages of support for women flooded social networks, which have become these 45 days of anguish in the main form of communication of Beatriz Zimmerman with their daughters. Thousands of users sympathized with her, among the president Pedro Sanchez and the leader of the PP, Pablo Casado.

Queen Letizia delivers a speech during the closing of the “Santander Womennow 2021” forum this Friday in Madrid. In this context, he gave a message of pain for the crime of little Olivia, in Tenerife. Photo: EFE

Queen Letizia expressed her “pain and sadness” on Friday at the appearance of the body of Olivia, aged six. He conveyed this message in his speech at the closing of the forum “Santander Womennow 2021” organized in Madrid.

But in addition to the case of Tenerife, the queen extended her regret for that of the 17-year-old killed by her ex-boyfriend and whose body has been dismembered in Estepa, Seville.

“It is hard to avoid expression of pain and sadness for the murder of minors, according to the news that has hit us in the last hours. I am referring to the girls of Tenerife and the girl murdered in a Sevillian town, “said Letizia, adding:” There can be no one who does not try to put themselves in the shoes of the people who love these girls, these murdered minors.

The messages of Pedro Sánchez and Pablo Casado

The president of the Government, Pedro Sanchez, He showed his regret for the sad news and gave all his love. “I cannot imagine the pain of the mother of little Anna and Olivia, who disappeared in Tenerife. My hug, my love and that of all my family, who today stands in solidarity with Beatriz and her loved ones, ”Sánchez wrote on Twitter.

The President of the Spanish Government, Pedro Sánchez, speaks during the inauguration of the Extraordinary Summit of Heads of State and Government of the Central American Integration System (SICA) and Spain, which takes place today, in San José (Costa Rica) . The president interrupted his schedule to show solidarity with Beatriz Zimmermann, the mothers of Olivia and Anna. Photo: EFE

I cannot imagine the pain of the mother of little Anna and Olivia, who disappeared in Tenerife, in the face of the terrible news that we have just learned.

My hug, my love and that of my whole family, who today show solidarity with Beatriz and her loved ones.

In the same sense, the leader of the PP expressed himself, Pablo Casado: Hope has given way to desolation and the deepest grief over her loss. All my love and support for Beatriz, her mother and the rest of her family at this difficult time ”.

The president of the PP, Pablo Casado, also referred to the tragedy of the missing girls in Tenerife.

Thousands of anonymous citizens of Canary Islands, Spain and other parts of the world turned to social networks with Beatriz Zimmerman, to whom they sent strength to face such a difficult moment.

The appearance of Olivia’s body

On Thursday, the ocean ship ‘Ángeles Alvariño’, from where the girl’s body was located, found a terrifying scene at sea. Tracking teams have found two canvas bags weighted with the anchor from Gimeno’s boat. In one was Olivia’s body; the second was empty, as confirmed to the site ABC sources of the investigation, so the area is still being searched for Anna’s body.

The Civil Guard continues this Friday with the search in the area in order to locate the body of little Anna, that presumably is at the bottom of the sea and that it could have come out of the empty bag, and also that of his father, Tomás Gimeno.

Olivia, first from left, was found dead at sea. Now they are still looking for her sister Anna and her father. Tomás Gimeno, murderer of both.

The two bags match With which Tomás Gimeno boarded his ship ‘Esquilón’ the night of the disappearance, according to sources close to him. Sources of the investigation suspect that Gimeno could use a lead belt weighing eight kilos and that The boat was not found to ballast to the bottom.

The painful finding was already communicated before spreading the information to the girls’ mother, Beatriz Zimmermann, who continued to hope for a happy ending, despite the fact that Gimeno’s diving oxygen bottle and a cover, also owned by him, were found on Monday.

After their disappearance, the girls were intensely wanted all over the world. Now the Spanish navy is looking for the bodies of Anna and Tomás Gimeno, their father and murderer.

Beatriz Zimmerman always kept the hope of finding the little ones alive and defended the hypothesis that Tomás Gimeno had escaped with the small ones to some Latin American country. He only collapsed after learning of the discovery of the oxygen bottle and the cover, anticipating this tragic end.

When these objects appeared, the search was focused there. Three days later they found the canvas bags with which the investigators began to confirm the tragedy. All the findings are in the same place where Gimeno connected his mobile phone for the last time on April 27, until at one point from one second to the next, the signal disappeared forever.

Beatriz Zimmermann, the mother of Anna and Olivia, the girls who disappeared in Tenerife.

On the night of April 27, Gimeno set sail twice to sea. The security cameras of the Navy in Tenerife recorded it without the girls, but with six packages and bags that he had brought in his car. According to the newspaper ABC, he made three trips from the car to the boat, loaded, shortly before ten o’clock at night, and when he returned, after ten past eleven, there was no trace of those packages on the boat. It was verified by a patrol of the Maritime Service of the Civil Guard, who requisitioned him at the entrance of the port entrance because he had exceeded the curfew time and suspected of maneuvers by a drug trafficker. When they checked the boat, they found nothing.

They never knew that a few minutes before Beatriz Zimmermann had already gone to report the disappearance of the three.