Horror in Canada: more remains of indigenous boys found in a school 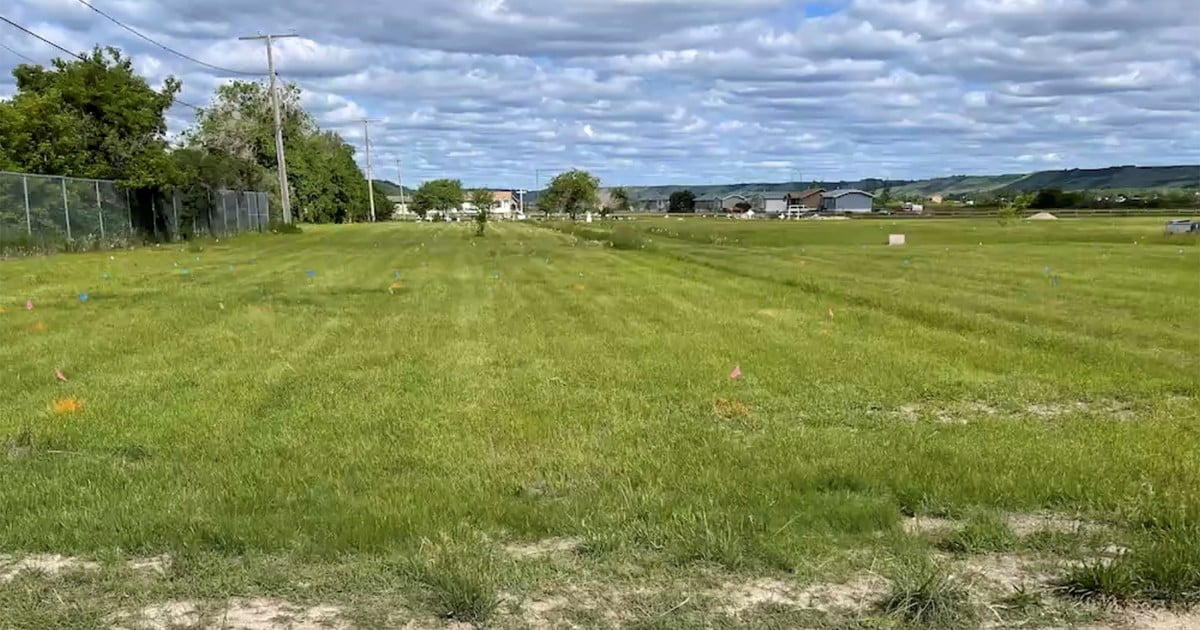 An indigenous group in Canada announced the “horrifying and creepy discovery” of the remains of hundreds of children at the site of an old school in the province of Saskatchewan, the largest find of its kind made to date.

The discovery occurred weeks later that the remains of 215 children were found in unidentified graves on the grounds of another former boarding school in British Columbia.

Both schools were part of a system that separated indigenous children from their family, sometimes by force, and lodged them in boarding schools. A National Truth and Reconciliation Commission called this practice “cultural genocide.” Many children never returned home and their families received only vague explanations about their fate or none at all.

In a statement, the Federation of Sovereign Indigenous Nations said that the remains found this time they were counted by the hundreds and they were “the most significant to date in Canada.” He did not give an exact figure.

A memorial to remember the victims. AFP photo

The discovery was made by the Cowessess First Nation at the Marieval Indian Boarding School, located about 140 kilometers from the provincial capital, Regina. Federation chief Bobby Cameron said the group planned to make a formal announcement Thursday.

“There has always been talk, speculation and stories told, but seeing this number … it’s a very significant figure,” said Cameron. “It is going to be difficult, painful and heartbreaking.”

The latest discoveries are likely to deepen the country’s debate over its history of exploitation of indigenous. The discoveries will refocus attention on the horrors of schools where sexual, physical and emotional abuse were common, according to the Truth and Reconciliation Commission.

When Justin Trudeau took office as prime minister in 2015, he made the adoption of the commission’s 94 recommendations a top priority. But progress has been slow partly because some of them are beyond the control of the federal government. Cameron and other indigenous leaders say they are hopeful that the discovery of the children’s remains will speed up the process.

Investigations into the fate of missing children are a vindication for the indigenous of Canadawhose oral stories that thousands of children had disappeared from schools were often greeted with skepticism.

“There is no denying this: all the stories told by our survivors are true,” said Cameron. “This is what the Catholic Church of Canada and the Canadian government then inflicted on our children.”

It is not clear how many children were sent to schools not to return home. Illnesses, including the Spanish flu outbreak a century ago, often spread through overcrowded school dorms. Some children froze to death after escaping. And the testimonies of alumni to the commission included accounts of the cremation of bodies of boys born to girls who had been pregnant by priests and monks.

The commission estimated that about 4,100 children disappeared. But a former indigenous judge who led the commission said in an email earlier this month that he now believed the figure was “much more than 10,000.”

The remains of the 215 children were discovered at the Kamloops Indian Boarding School in British Columbia, by using a georadar. This technology, very similar to an MRI, produces images of abnormalities in the ground.

An official from the Federation of Sovereign Indigenous Nations said the latest analysis, which was based on the same technology, started about three weeks ago, not long after the announcement of preliminary discoveries about the Kamloops school by the First Nation Tk’emlúps te Secwépemc.

The search at the Kamloops school is still ongoing and First Nation leaders anticipate that the final report will raise the number of graves found.

When the commission tried to study the issue of missing indigenous children, the then conservative government declined your request for money to fund searches. Now, several federal governments have offered to fund the searches after the discovery of Kamloops. On Tuesday, the government announced that it would provide just under $ 4.9 million (about $ 3.9 million) to indigenous communities in Saskatchewan to search for graves. The provincial government had previously committed to provide C $ 2 million.

In a statement, Scott Moe, Prime Minister of Saskatchewan, predicted that more remains of children would be found in other places.

“Sadly, other Saskatchewan First Nations will experience the same shock and despair while the search for graves continues, “he wrote.

Like Kamloops, the Marieval school, opened in 1899, was run for most of its history by the Catholic Church on behalf of the government of Canada. There is still a marked cemetery on the school grounds, which closed in 1997 and was later demolished. The commission, based on the testimony of former students and archival materials, listed the Marieval school as a probable site of unidentified graves.

The Commission claimed a papal apology because of the role of the Church, which managed about 70% of the schools. But despite Trudeau’s personal appeal to the Vatican, Pope Francis has yet to take that step. In contrast, the leadership of the United Church of Canada, the largest Protestant group in the country, apologized for its role in running the schools in 1986.

Saskatchewan boarding school alumni were especially active in litigation against the government, leading to financial settlements and the creation of the commission, which received the testimony of more than 6,700 witnesses over six years.

Cameron said that since the Kamloops announcement, has traveled through the province, whose main industries are agriculture and mining, conducting searches on the grounds of the old schools.

“Naked eye you can see the depression in the earth where are these bodies, “he said about some places.” The children are there, waiting to be found. “