Horrific videos from Kabul: people apparently fall from flying planes to their deaths 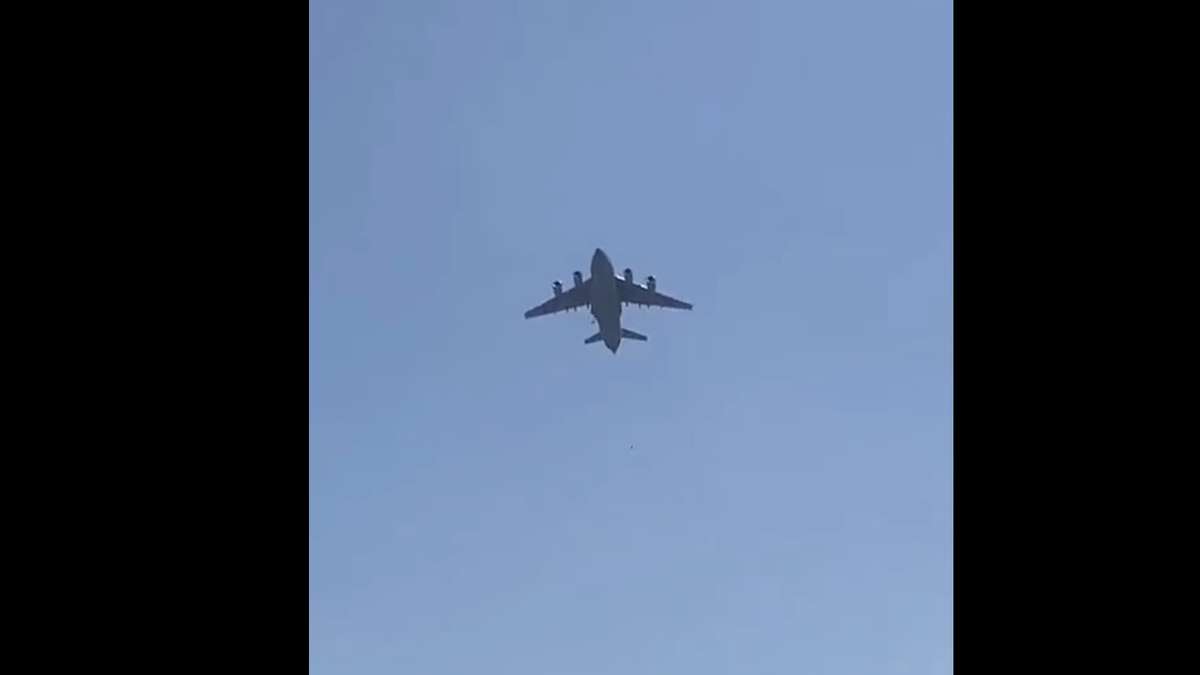 The authenticity of the pictures is still unconfirmed – but the recordings cause horror: It appears that people in Kabul are falling to their deaths from planes that have taken off.

Kabul – Videos and reports from Kabul suggest the people’s unimaginable fear of the Taliban advancing into the Afghan capital: Since Monday morning in Germany, images of people wanting to flee clinging to gateways have been circulating on social networks. Another clip – so far unconfirmed in its authenticity – has an even more terrifying effect: Apparently people even clung to the landing gear of military machines and fell to their death from a great height.

Videos from Kabul: Do people fall from started machines to their death? Bodies found

Corresponding videos shared on Twitter caused horror. They are designed to show people falling from a military aircraft from a considerable height. It was suspected that the people were hiding in the area of ​​the aircraft wheels of the military machine. The information has not yet been independently verified.

A man who lives near the airport wrote to the dpa on Facebook that one of these people had landed on a neighboring roof. There was a crash as if there had been an explosion, the man wrote. He shared pictures and videos of the body and said three other men were found in the neighborhood.

Afghanistan: Dramatic images from Kabul – “People are obviously so desperate”

Hundreds or maybe even thousands of people have made their way to the airport since Sunday to flee Afghanistan after the takeover of Kabul by the militant Islamist Taliban. Pictures in social media show how they are standing all over the civilian part of the airport premises or climbing over turntable ladders to get on an airplane. There were also warnings from top German politics about the brutality of the Taliban: “We will see terrible pictures in the coming weeks. Executions, ”said CDU leader Armin Laschet in an internal meeting, according to a report by Bild. Corresponding warnings had been around for a long time.

In view of the situation, the federal government has also come under fire. The opposition’s accusation is that the Ministry of the Interior and Foreign Ministry hesitated too long, for example, to bring local Bundeswehr personnel to safety. “People are evidently so desperate that they cling to chassis and fall to their deaths. The airport must be quickly reorganized and robustly secured. He’s the only remaining chance to evacuate, ”tweeted Green MEP Erik Marquardt. (dpa / fn)

Apparently, people are so desperate that they cling to chassis and fall to their deaths. The airport must be quickly reorganized and robustly secured. He is the only remaining chance to evacuate. #Afghanistan #kabul pic.twitter.com/Upyla1pG6B